The untidy and muddled way in which Canadian banks are withdrawing from the countries of the Commonwealth Caribbean is a direct result of insufficient attention being paid by governments to the terms of their entry at the time. Commonwealth Caribbean countries are those that were former colonies or are still territories of the United Kingdom (UK).

It is reported that: “Beginning in 1955, a former governor of the Bank of Canada and director of the Royal Bank of Canada, Graham Towers, along with a representative from the ministry of finance, helped write the Bank of Jamaica law of 1960 and that country’s Banking Law of 1960. These laws, which became the model for the rest of the newly independent English Caribbean, pleased Canadian banks”.

Quite extraordinarily, the major Canadian banks established in the Commonwealth Caribbean did so on a letter of comfort; they did not invest a cent in capital, other than what was needed to satisfy the start-up of operations. From the time they opened their doors to now when they are closing them, Canadian banks were mere custodians of the assets of Caribbean people or people benefitting from doing business in the Caribbean. The only things they owned were the few buildings that they bought or built, and the large profits they made for many decades – all of which were repatriated to Canada for the benefit of their shareholders and the Canadian economy.

What they are selling today is the custody of the assets of Caribbean depositors and viable loans within Caribbean jurisdictions that give a good return.

Over the years, the profits from their Caribbean operations have amounted to thousands of millions of dollars. This is why in the sudden haste of Canadian banks to depart the Caribbean, regional governments should be careful not to repeat the mistakes of their predecessor governments in the late 1950s and 1960s that allowed the Canadian banks to formulate terms.

There are a few facts that should be borne in mind. First, up until their secretive rush to depart the region, Canadian banks controlled more than 60 percent of the Caribbean’s banking sector. This means that they conducted more than 60 percent of the region’s transactions. In this scenario, if the region is accused of involvement in money laundering and tax evasion, it seems logical that Canadian banks in the region were involved in some measure of that activity.

This is borne out by Alain Deneault in a 2015 book titled, “Canada: A New Tax Haven: How the Country That Shaped Caribbean Tax Havens Is Becoming One Itself”.  In the book, Deneault writes: “Beginning in the 1950s, at the instigation of Canadian financiers, lawyers, and policymakers, these jurisdictions changed to become some of the world’s most frighteningly accommodating jurisdictions.

In 1955, a former governor of the Bank of Canada most probably helped make Jamaica into a reduced-taxation country. In the 1960s, as The Bahamas were becoming a tax haven characterized by impenetrable bank secrecy, the Bahamian finance minister was a member of the board of administrators of the Royal Bank of Canada (RBC). A Calgary lawyer and former Conservative Party honcho drew up the clauses that enabled the Cayman Islands to become an opaque offshore jurisdiction.”

In this sense, the Canadian banks may have reason to consider their own contribution to the tainting of the Caribbean as a tax haven and the consequences that regional countries now face in terms of the withdrawal of correspondent banking relations (CBRs) that are vital to their economies and the wellbeing of their people.

That brings us to a second consideration surrounding the sale of the operations of the Canadian banks in Caribbean jurisdictions. It is related directly to maintaining Corresponding Banking Relations (CBR).

Correspondent banks in the US are reluctant to provide CBRs to respondent banks in Caribbean jurisdictions that have assets of less than US$ 1 billion. That restriction applies to most indigenous banks. This is why Antigua and Barbuda’s prime minister Gaston Browne insisted that any sale of their operations by Canadian banks must be made to indigenous entities. This policy was designed to ensure that local banks could achieve the asset base of US$1 billion that would make CBRs more secure.

When a consortium of indigenous banks purchase the operations of Royal Bank of Canada (RBC), formally announced on December 12, each of them will be in a better position than before, and the Eastern Caribbean economies would be more confident of their capacity to continue to participate in global trade and finance. The acquiring consortium of indigenous banks are 1st National Bank of St Lucia, Antigua Commercial Bank Ltd., National Bank of Dominica Ltd., the Bank of Montserrat and Bank of Nevis Ltd.

In this regard, recognition is due to prime minister Browne, for not agreeing to the sale of Bank of Nova Scotia (BNS) to other than indigenous banks in his country. Had he not done so, RBC may not have decided that the wise course was to sell only to the indigenous banks.

As it stands, the sale of BNS operations in jurisdictions in the Eastern Caribbean, other than Antigua and Barbuda, is a lost opportunity. Had governments provided the overall economic guidance, indigenous banks could have acquired over US$2 billion of the assets being held by BNS for approximately US$50 million, resulting in stronger indigenous banks; each better placed to secure CBRs and each more financially secure.

What is more, the assets and the generated profits would have benefitted a faster rate of social and economic development of Eastern Caribbean countries. As it now stands, those profits will now flow to Republic Financial Holdings (RFH) and shareholders in Trinidad and Tobago, when they could have been kept in the Eastern Caribbean.

No quarrel with RFH, it made a business decision in its own interest and that is what businesses do. It is a shame that a similar good business decision was not made by the Eastern Caribbean authorities, except Antigua and Barbuda. 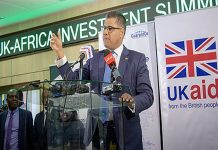 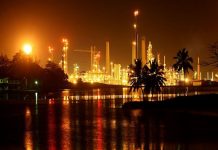 Can the slide of Point Lisas be halted? What can we do?