For years, US authorities have been dealing with an unexpected influx of illegal Guyanese immigrants, the sad, unwilling and helpless victims of an organised industry that shows no sign of halting its secret, lucrative operations.

The Customs officer going through the man’s checked suitcase stopped when he spotted the curious wilted bundle of fresh grass seeds. He immediately asked the maintenance worker who had just come, from Guyana to John F. Kennedy International (JFK) Airport, in New York, a rather strange question.

But the Brooklyn nursing home employee, the amenable Terrence McLean, turned an American citizen, denied he was bringing in from his birthplace, anything more suspicious than the carry-on luggage of a plastic shopping bag with the usual two bottles of duty-free fine liquor. Inside the bag and barely noticeable, was a small closed paper sack. 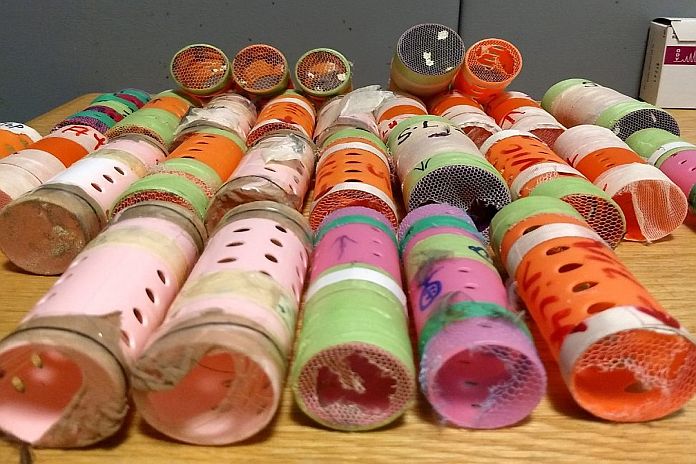 Contrary to the declaration on the Customs form and his calm answers, the plastic hair curlers packed in the paper bag concealed 13 exhausted, tiny Guyanese chestnut-bellied seed finches. The special but stressed songbirds had somehow managed to stay alive within the narrow net covered tubes into which they were shoved, unable to move, and without any food, water or fresh air, for the gruelling plane journey, away from the native shrubs and grasses that sustain ever decreasing and disappearing flocks.

One died a short time later, following that dangerous six-hour long flight from their warm South American tropical homeland, in the summer of 2006, The others would not have fared any better in protective custody, given that the Americans forever worry about external threats, in this instance, viruses and parasites, to their profitable poultry industry, and precious avian wildlife.

“Are you carrying any birds?” is almost routine now for the United States (US) Customs and Border Patrol (CBP) guards who keep an eagle’s eye and ear out for the evasive travellers coming from the compromised Cheddi Jagan International Airport. Back in 2013, one man was arrested on arrival, when the hidden birds with the much bigger brains started singing early, not unlike the proverbial canaries, as he conveniently moved through Customs screening.

A year earlier, Marlon Hariram, had nine of the birds stuffed inside cardboard toilet paper rolls, stashed up his sleeves. It was his fourth arrest for trying to bring finches into the US without a proper licence and the necessary one-month quarantine. According to papers filed in Brooklyn’s Federal Court, seven of the brave birds perished, their little freeze-dried corpses stored in a US Fish and Wildlife evidence room, while the surviving pair was supposed to have been donated to a zoo or nature preserve. 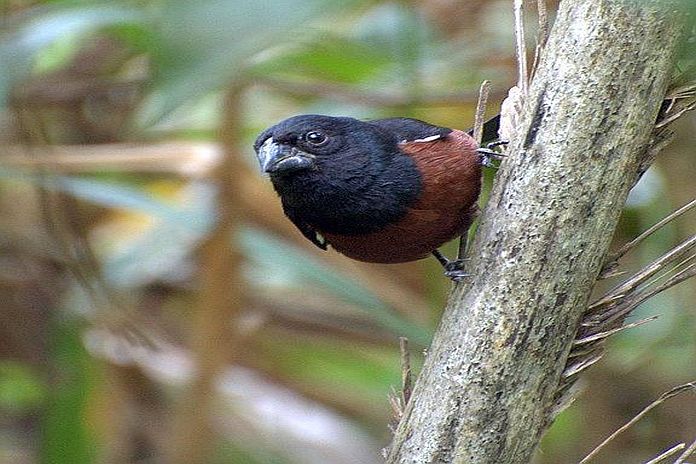 Does not trigger detectors

Intending to sell the creatures for more than US$5,000 in Queens, where the birds are forced to compete in high-stakes singing competitions run by militant groups of Guyanese men who have permanently migrated with all of their customary weekend recreational habits, Hariram, then 31, was finally sentenced to six months in jail.

A federal Fish and Wildlife Service agent said that when questioned why hair curlers were used, Mr McLean explained, “that the plastic does not trigger the metal detectors, and if you have only a couple of finches, the curlers can be put hidden beneath the clothes.”

Investigators learnt that the named top local supplier had turned the prized birds over to a Guyana airport employee, who had been briefed on what McLean would be wearing. “Are you Terry?” the attendant queried, telling McLean to follow him to the canteen, where he handed over the bag of hair curlers stuffed with living finches, without a word, the New York Times reported. He would eventually plead guilty for trying to sneak the valuable finches in.

“He (McLean) accepted responsibility for what he did wrong, but he’s absolutely innocent of the charge of knowingly violating Guyanese law,” argued his defense attorney Diedre von Dornum, according to another news report.

Years on, and the plague of bird-nappers, obsessed finch fanciers and Guyanese greed has resumed with the reopening of our airports in this time of COVID-19. Countless male Chestnut-bellied seed finches or territorial “towa towas” have been illegally whisked through the airports with the help of different rings of official vultures and lame-duck administrations.

Called the bullfinch in Trinidad, the once widespread wild species, although not officially endangered, is now gone from the island and along Guyana’s densely inhabited coast, with the competitive singing male having been relentlessly hunted across South and Central America for the flourishing pet trade, becoming true to its other name, an expensive, popular avian “curio.” Females who are a drab dull umber outstrip the courting songsters in some areas as babies are targeted and breeding pairs broken up, with the catchers heading into the vast interior.

Birds in the pants

Customs checks have found lesser seed finches sedated and stuffed in bright-hued hair curlers and plain toilet paper rolls, stuck in soft socks and strung in stockings, locked in plastic cylinders and under luggage linings, and even taped to suspiciously endowed groins.

If a bird in the hand was worth at least two in the bush, birds in the pants were apparently proving priceless especially in Queens where they have been sent to our deep-pocketed immigrants, destined for illegal but serious Spring song contests judged between two matching males in settings like Smoky Hill.

In 2012, Richmond-Hill based Guyanese, Shivashtil Ramrattan, then 22 and formerly of Corentyne, Berbice was caught trying to leave with a pair of the most coveted “towa towas” concealed in curlers within his crotch. Ramrattan claimed he was taking back the birds as pets to the US and was fined a mere $100,000. 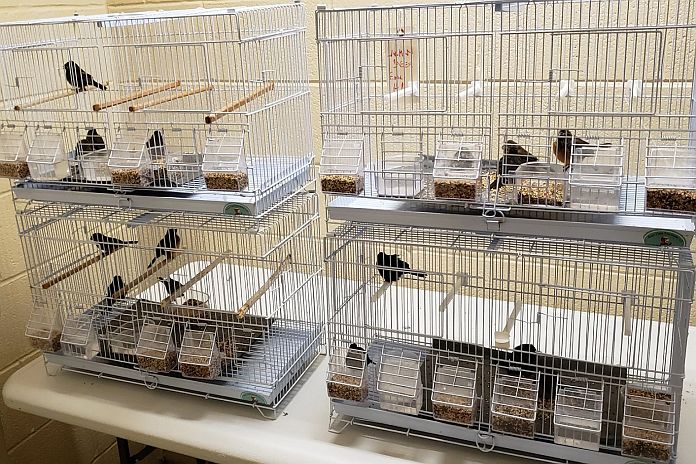 On Sunday, the CBP announced its latest bird bust that has become so embarrassing to Guyanese in and out of the country. Officers discovered 29 more finches inside the ubiquitous smuggler’s curlers during a secondary baggage examination, after an unnamed 26-year-old man arrived on a flight from Georgetown. CBP’s agriculture specialists consulted with the country’s fish and Wildlife Service inspectors who directed the agency to seize and quarantine the finches which were turned over to the US Department of Agriculture Veterinary Services.

The man, who was headed to an address in New Jersey, was not criminally charged; CBP assessed a US$300 typical civil penalty for undeclared agriculture products, allowed him to withdraw his request for admission, and placed him on a Guyana-bound flight on Monday last, a statement said.

However, he was not deported, a spokesman noted. The official added the CBP advised the traveller that he was not admissible to the US that day and cancelled his travel visa. He can re-apply for a new visa, but I, for one, am wishing he never gets another.

Meanwhile, we all wait, hopefully not in vain, four days later, for so much as a tweet from our own Customs and Police about the identity of the returned smuggler, why he was not detained upon his sudden return, and the related local charges, if and when he begins singing in our evolving tragic tale of chestnut bellied seed finches.

As Brooklyn Federal Judge Dora Irizarry told smuggler Marlon Hariram, when he begged her to be allowed to complete a vocational training course, instead of starting his jail time: “You need to wake up and smell the reality,” Irizarry declared, “I don’t know what kind of fairy tale land you’re living in!”

*ID has seen reports of Guyanese finches being transferred for huge sums to breeders. As usual, these close-knit underground dealers subscribe to the saying, it’s an ill bird that fouls its own nest.

The View from Europe: Drowning in promises 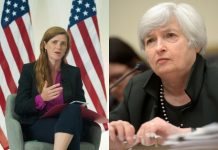