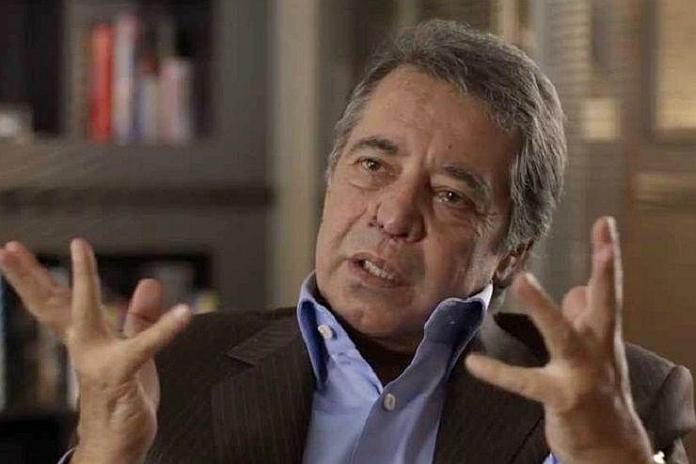 CASTRIES, St Lucia — The United Workers Party(UWP) in Saint Lucia in much the same as there counterparts in Dominica with the Al Jazeera documentary that backfired, are attempting psychological warfare and even spiritual attributes to possible raise the dead; a Saudi billionaire, Walid Juffali, and former diplomat, appointed Saint Lucia’s Permanent Representative to the International Maritime Organization (IMO) in July in April 2014.

Uninspiring nonetheless, and unpopular as the Allen Chastanet led administration of friends, family, foreigner’s and foreign horses policy has priority over education, healthcare, national security and the general wellbeing of the country.

However, the deliberate attempt to be in the fray with their associates in Dominica on the Al Jazeera documentary diplomats for sale, said in a statement, “These concerns are extremely valid given the negative light in which Saint Lucia’s appointment of Walid Juffali by the former government was mentioned in Al Jazeera’s investigative piece titled “Diplomats for Sale,” therefore, the party is demanding answers from Castries South member of parliament and former High Commissioner Dr Ernest Hilaire, former prime minister, Dr Kenny Anthony and the Saint Lucia Labour Party (SLP).”

“The UWP feels it necessary and an obligation on the part of the SLP and the former high commissioner Dr Hilaire to answer these pertinent questions as Saint Lucians deserve to know what really happened given the current negative light being shone on Saint Lucia because of this appointment,” the statement said.

In response, the SLP recognized the repeated attempts by the UWP to a smear campaign directed at Dr Hilaire and the SLP respectively, reiterated that the UWP “maliciously produces another libelous statement regarding Walid Juffali’s appointment”.

“The UWP is fully aware that Dr Hilaire does not appoint ambassadors or issue diplomatic passports. To create the impression that Dr Hilaire did is malicious, defamatory and libelous. To further suggest that he may have been paid for doing something that he had no power to do is aggravating the accusation,” said the SLP press release.

“It is noteworthy that the mentioned Al Jazeera documentary after all their thorough investigations never suggested or presented evidence that Dr Hilaire or the SLP granted a diplomatic passport for personal benefits.

“If the prime minister cared about truth and transparency, he would release all the documents in his possession that illustrates exactly what happened with the appointment of Dr Juffali and the establishment of the Diabetes Research Center.”

The SLP referenced the return to power of the UWP in 2016 had the opportunity to continue the project but “because of their narrow-minded politics and myopic vision, like they did with other projects started under the SLP, they stopped the development of the Diabetes Research Centre and deprived the country of the fifth finger (building) of the Owen King European Union (OKEU) hospital. No different to what they did with the operationalisation of OKEU and completion of St Jude Hospital.”

The SLP explained that the intent of the Juffali appointment, as was the case with Sir John Compton’s appointment of Gilbert Chagoury to UNESCO, was to put a person of influence in a position to help promote St Lucia’s national interest Dr Juffali agreed and started undertaking to provide us with a medical research centre with a concentration on Diabetes research and to build the fifth finger (building) of the OKEU hospital which had been severed by the UWP administration of 2006-2011.