ROSEAU, Dominica – Besides Sam Raphael evidence that the United Workers Party (UWP) while in opposition in 2004, received millions of dollars (US$1.55 million – EC$4.185 million) from six Europeans, “in exchange for [promise of] diplomatic positions” and opposition leader Lennox Linton confession that Raphael had delivered a “body blow” to him and his UWP, Al Jazeera’s documentary exposed once again, Linton’s “illicit” pursuit of campaign financing, by means of signed document promising diplomatic passport and ambassador appointments in exchange of USD$400,000 ahead of the December 6, general election. 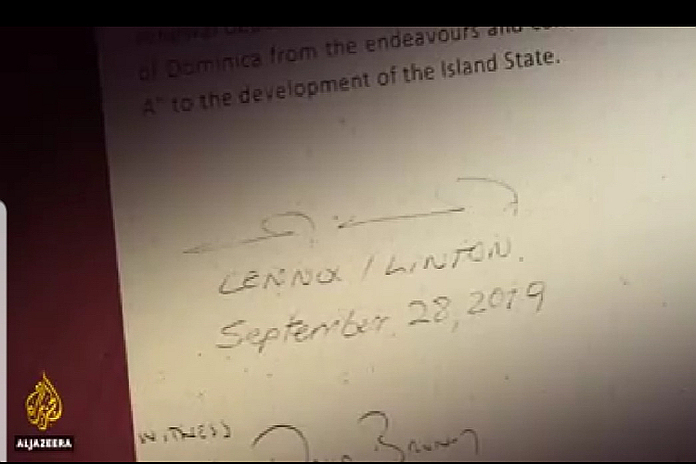 The hypocrisy is crude, double-sided and dangerous, notwithstanding Al Jazeera’s documentary through collaborators and informants under the bus, willing to accept money in return for diplomatic passports and appointments, within 28 days of coming into office. 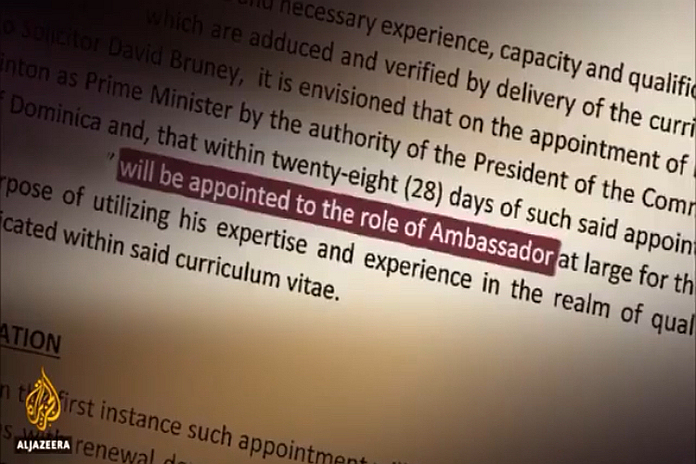 Days prior, Linton and former leader UWP leader Edison James took to the platform and Q95 airwaves to declare their innocence and claim their political and electoral virginity, anticipating that disclosures would have embarrassed prime minister Roosevelt Skerrit.

In the words of an industry insider: “Nothing new was disclosed, nor was there an eye-opener, resulting from the documentary, that was not known previously. If anything, Linton and Al Jazeera have now helped prime minister Skerrit and the Dominica Labour Party, seal the general elections on December 6.”

“While there are levels of corruption everywhere, and the Caribbean is a peculiar case study, the issuance of diplomatic passports – working documents – for use and benefit of the issuing country, should be utilized for active promotion and engagement with influencers, with direct benefit to the country. And not for the use of idiotic salesman, playboys, and criminals at any price.”

Rupert Sorhaindo commentary illustrates “election after election since 2000 (for almost 20 years) the UWP has run its election campaigns on mostly a single issue: Corruption associated with the “sale of diplomatic passports to crooks and criminals” and the “disproportionate wealth of Roosevelt Skerrit”.

Nevertheless, the UWP electoral virgins have been “mute on the indisputable evidence disclosed during the UK parliamentary hearings on fake news and disinformation, that a foreign company, (Strategic Communications Limited/ Cambridge Analytica) was on the ground in Dominica managing the UWP’s 2009 election campaign.”

What’s more, Linton has not disclosed what instructions, advise, human resources and/or capital he perhaps had access to while in Saint Lucia, hop-knobbing with government officials, political insiders and overrated journalists, peculiar of their grounding to reality, days before the UWP unsuccessful attempts at civil unrest in Dominica.

Al Jazeera’s documentary, left little doubt about former prime minister of Dominica Oliver Seraphine’s role as a co-conspirator, offering his services for USD$50, 000, albeit speaking from both sides of his mouth, name dropping to conjuror influence. He attempted to denounce his association while “questioning the release date of the documentary and called it a mere campaign against the current government,” obviously to salvage his rawhide.

“I would suggest that the Panama dollar matter, they’d prefer not to discuss it on the phone” Seraphine said to Al Jazeera. “They believe that there’s lots of hackers and so on.”

Elections are expensive, and “funds are needed very urgently as T-shirts, vehicles, PA systems, and various supplies” are urgent for operations, is indifferent to code declared as “humanitarian donations for Dominica” or “a token of appreciation”.  Lawyer David Bruney, confirmed that it’s an easy access to opposition leader Linton through him and he’s speaking on his behalf – further says, “opposition now really requires funding, make no mistake we are moving along, but as all things financial contribution is required.”

Former prime minister Seraphine blamed Al-Jazeera for framing the conversation to create propaganda for the general elections, on the contrary, the opposition is doing its best to suppress the diaspora vote while seeking the intervention of the judiciary on other ill-advised propositions.

The deal of USD$400,000 was struck at 50 percent advance for a diplomatic passport and the rest payable after Linton is elected to power, epidermises the UWP, local and foreign mercenaries, that are very comfortable at trading their unsurprising diplomatic passport aspirants and campaign finance depiction. “It’s a token of appreciation.” 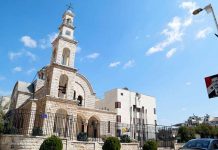