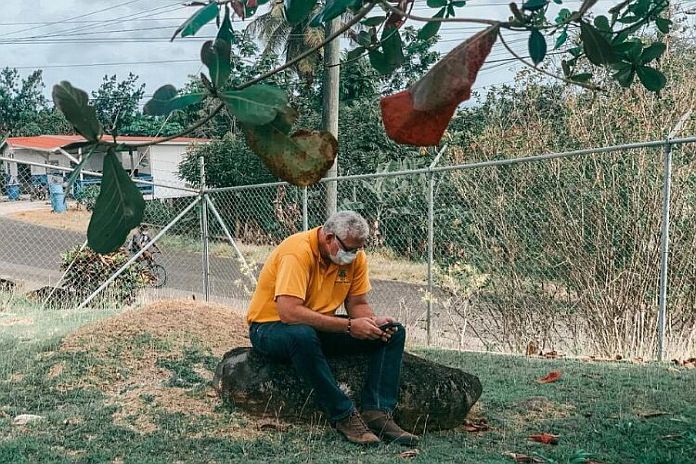 A Saint Lucian citizen whom I don’t know personally, but whom I have always respected, Caron Tobiere, inspired me, Saturday, June 19, 2021, to finally “put pen to paper” and therefore bring to closure, I hope, this politically opportunistic tendency by many United Workers Party (UWP) supporters, to accuse people, myself especially, of being insensitive to the Down’s Syndrome (“retarded”) afflicted children of Saint Lucia, when reference is made to prime minister Allen Chastanet’s tendency to look like a “retarded” person.

I repeat that I am not sure who Tobiere is, and I am not accusing her of being a UWP supporter. There is nothing wrong with being a UWP supporter. However, each and every Saint Lucian who knows me in person, or even at a distance, will find it difficult to believe that comrade Peter Lansiquot is being deliberately or maliciously unkind, or insensitive, or careless about the use of the terms “retarded” or “gor-gor” or “Down’s  Syndrome.”

These words inspire deep feelings of pain, sadness and trauma, in many persons, because they are invariably used to describe the situation of children (our softest spot as human beings) born with certain mental and related defects, and who, unfortunately, do not grow to become “normal” human beings. In the vast majority of cases, the parents of such children cling to them tenaciously, caring for and loving them with unusually deep passion.

Such behaviour by human beings is consequent with the natural condition of the human spirit, to protect and tightly embrace the relatively more vulnerable children and others among us, whom we have been blessed with. For indeed, these children are a blessing, because from my own observations, this objective need and duty to give greater and more tender care to these affected children, brings out the best of the human spirit. I speak with authority on the subject, because in my lifetime, I have had many friends, too many, who have become the parents of quite a number of Down’s Syndrome kids. I love these friends of mine, all of them, so how could I be insensitive to, or not love their affected children?

In Saint Lucia, the term “gor-gor” has been used historically to refer to Down’s Syndrome afflicted children. As a normal and somewhat “troublesome” boy, growing up in the Bakafai (now renamed Bacarra) one of our friends was, sadly, born with the condition. His was an extreme case of Down’s Syndrome, and he was very short, and had that unsightly and stunted appearance normally associated with many Down’s Syndrome sufferers, and he was basically a dwarf. During that era, there was a generally very intense insensitivity about the Down’s Syndrome condition. We didn’t even know the term, Down’s Syndrome.

If you were affected by the condition, you were simply a “gor-gor” and every single child and adult – except perhaps a handful of more sophisticated and better educated adults – would call you “gor-gor”. Now that I am supposed to be one of Saint Lucia’s “educated” sons, thanks to the SDA Academy, the “A” Level College, three Cuban universities, and many other universities and other institutes of higher learning internationally, I am unable anymore to refer to a Down’s Syndrome affected child as a “gor-gor”.

My “education” and other more subtle aspects of my social conditioning over six decades, cannot permit me anymore to refer to an unfortunate child as a “gor-gor”. I am now more “civilized.” Actually, my heart breaks into many pieces, each and every time I come across an affected child or adult. And this is partly due to the fact that in my own domestic environment as a child, one of our relatives was affected by a similar condition for several decades, after he had swollen a poisonous fruit as a toddler, then had unfortunately deteriorated with manifestations of the Down’s Syndrome condition. My heart still breaks today whenever I remember that relative.

Yet I have followed the example of many educated, sophisticated, cultured and enlightened Saint Lucians (and even some foreigners) in our country, who love and have compassion for our Down’s Syndrome citizens, yet are on record, referring to prime minister Allen Chastanet, as “a gor-gor”. And for this, my dear Saint Lucian compatriots, including the better-educated ones, the sensitive and extremely sensitive, the sophisticated and the socially conditioned and better “civilized” ones, the easily offended ones, the political pundits with political axes to grind, and the political apologists, I make absolutely no apology. And I will continue to refer to prime minister Allen Chastanet as a “gor-gor” prime minister, for every living moment that he continues to be prime minister of this “Land of the Laureates.”

At this juncture, let me return to Tobiere’s response when I referred to that particular “gor-gor”. She said as follows: “Why are we reducing ourselves to calling each other names? And names that hurt our differently-abled citizens too? Do better.” Did Tobiere accuse me of “reducing” myself to “calling names” because I described the prime minister by the term that most accurately describes his demeanour in so many moments?

The reality is that numerous Down’s Syndrome patients display a certain facial demeanour due to unavoidable pathological and related defects of the condition, and in numerous instances, prime minister Allen Chastanet has been observed to display that type of facial expression, the look of someone who is totally lost, and/or confused, and/or clueless, and/or inarticulate, in too numerous to mention moments of technical incompetence for a prime minister.

In other words, someone who is totally unfit to be the holder of the highest national chief executive office of the land, in 21st century Saint Lucia. And I wish to thank my friend, comrade Jean Nestor, for being the first person who used that term, in my presence, to so artfully describe our prime Joker Número Uno!

Tobiere says that I’m calling the prime minister “names”. In case Tobiere is unaware, let me share with her, and all who think like her, in Saint Lucia and the diaspora, just why it is that I am willing to risk the ire of more compassionate Saint Lucians and describe this unprecedentedly incompetent prime minister as a “gor-gor”!

The reason, my people, is because Allen Chastanet absolutely takes the cake when it comes to name-calling. The reason I call him a “gor-gor” is because the prime minister of Saint Lucia is on the record for calling us “names” in our own country, yes, Saint Lucia, that same person we accepted when he arrived from “Timbuktu”, to our shores as a baby. He is on record my Saint Lucian people – and that includes you Tobiere – calling us “names”, yes indeed, names like: “jackasses,” “barking dogs,” “mendicants,” “niggas,” “underage mothers who make children with many different fathers, just like their mothers and grandmothers did before them,” “primary school graduates,” and many other hurtful names, too numerous to mention.

And you want to talk about how we hurt our Down’s Syndrome children by calling Allen Chastanet a “gor-gor”? Really? In that case, let me apologize to all the Down’s Syndrome Saint Lucian citizens in Saint Lucia, and in the diaspora, for this painful instinct of mine, to classify that incompetent “nincompoop”, Allen Chastanet, in your infinitely more distinguished category of Homo Sapiens.