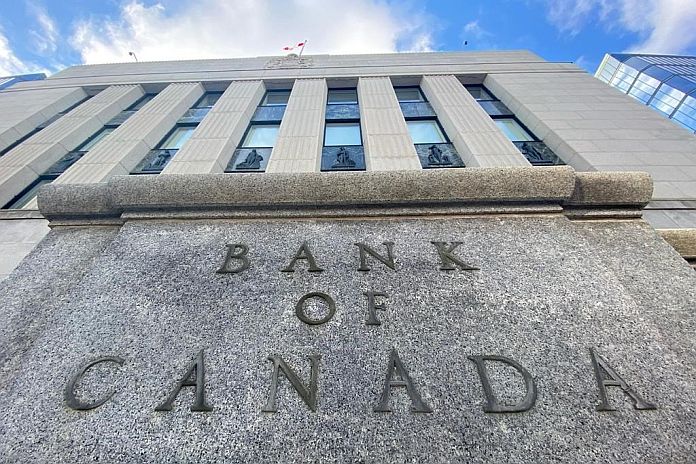 MONTREAL, Canada – The Bank of Canada is keeping its policy rate to the lower bound (0.25%) and maintaining its quantitative easing program current pace. Despite improvement of the economic outlook since the last announcement in January, the board of governors believes that the situation continues to warrant extraordinary support. However, build-up of inflationary pressures and a faster than expected economic recovery may force the bank to revise its quantitative easing program as early as April.

The Canadian dollar (CAD) fell below $0.70 in March 2020. A year later, it now stands at about $0.80—a 16 percent increase. The loonie continues to appreciate against the US greenback thanks to strong commodity prices (including oil) and investors’ preference for riskier assets (the US dollar being the safest currency). The Canadian dollar is expected to continue to pick-up steam as demand for commodities increases as the global economy recovers.

Business optimism on the rise

The rollout of vaccination campaigns across the country and the easing of health measures from coast to coast are welcomed by the business community. The Canadian Federation of Independent Business (CFIB) Business Barometer’s short-term index rose by more than 10 points, while the long-term index rose by almost 4 points.

The short-term index (measuring expectations for the next three months) remains below 50, reaching 42 in February. An index below 50 means that more business leaders expect their company’s performance to be weaker in the future.

Obviously, this optimism is not widespread. The sectors most affected by the pandemic to date, including restaurants, accommodations and the arts and entertainment sector, are still recording short-term indices in the 22-23 range. 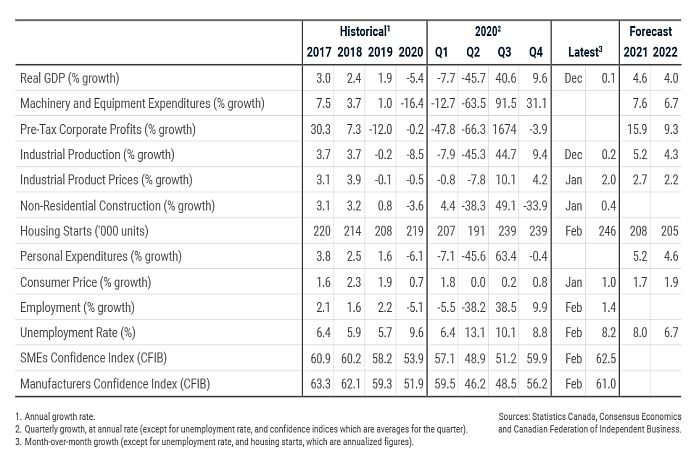 Borrowing rates on the rise despite accommodative monetary policies

Credit conditions in Canada remain accommodative. The effective interest rate, which is the average rate households pay for new loans, has not moved since early February. It remains around 2.5 percent.

However, there has been an increase in the average effective rate for Canadian businesses. This rate rose from 2.15 percent at the end of January to 2.3 percent in early March. This is an increase of 15 basis points in a few weeks, even though the Bank of Canada remained on the sideline.

This interest rate increase is in fact a collateral effect of the improved economic outlook. Indeed, the market is anticipating a faster recovery of the economy and inflation, which is pushing bond rates higher. Changes in bond yields are reflected in bank rates. For example, Canadian banks use the 5-year bond rate as a benchmark to determine mortgage rates. Thus, effective rates could continue to rise even if the Bank of Canada maintains its accommodative monetary policy.