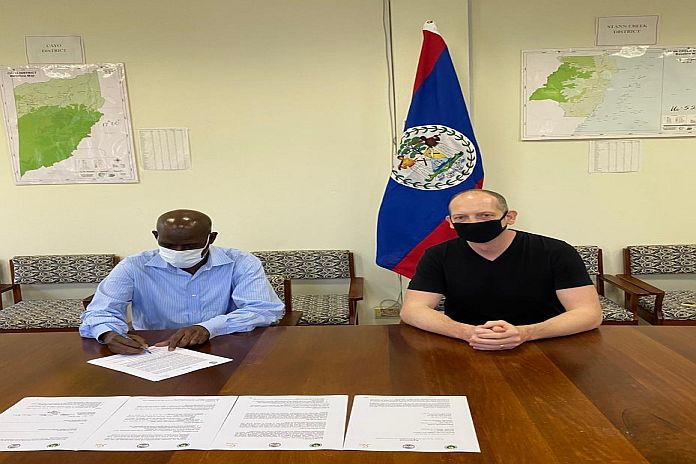 BELIZE, Belmopan – Rodwell Ferguson, minister of public utilities and logistics, on January 13, 2021, signed an agreement with the CDW-Stiftung Foundation to electrify Corazon Creek Village in the Toledo District.

“This agreement is another milestone in the continued effort to fulfil the Sustainable Development Goal of universal access to modern energy carriers,” the government of Belize release said. “ The ministry is pleased to be able to continue the rollout of its rural electrification plan that will support households and Corazon Creek Technical High School. In early 2018, La Gracia Village in Cayo District received a similar proof-of-concept Smart Solar Solution which has been successfully serving the village for almost three years.”

The ministry highlighted that access to electricity is a tool that will uplift Belizeans in underserved communities and set them on a path to a more sustainable future. The project is also being supported by the ministry of rural transformation, community development, labour and local government and Belize Electricity Limited.