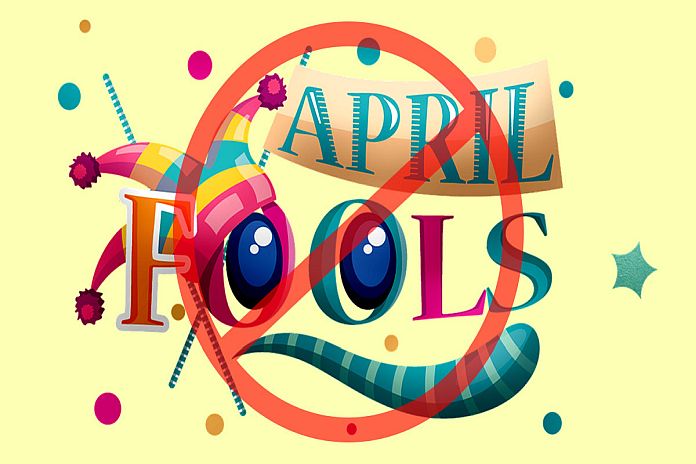 CASTRIES, St Lucia – My father always told me: ‘Books are Written by Wise Men for Fools to Read.’

His father (my grandfather) an overseer at Cap Estate, had originally told him ‘Books were written by White Men to Make Black Fools Wise’.

But he’d become wise enough with age to amend his dad’s version before passing it down the generation line.

I’ve always had to explain to the much-too-many who still don’t know that All Fools Day was never meant to be A Day to Celebrate Fools, and April 1 should not be treated like ‘A Day for April Fools’.

I still hold that there are no ‘Foolish People’ because nobody was ‘Born Foolish’ or ‘Born to be Foolish’; and every person including anyone you’d call ‘a fool’ – can teach you (and I) something – or (we) can silently learn something observing them.

But All Fools Day has been with us for eons before UNESCO started observing universal or international days – because too many of us believe this foolish day is really observed by ‘Fellow Fools’ whose fun derives from foolish pleasure by misleading others, even as a joke.

Nobody really cares how All Fools Day came about; and historians differ widely on its origins – ranging from an ancient fable about a mother’s ‘foolish errand’ of searching for a daughter taken away by a God, to a day when children’s pranks should stop at midday while parents can prank all day – and all night long.

The closest April Fools comes to Saint Lucia is that it’s also celebrated here as ‘Poission d’Avril’ (pronounced ‘Pwesson Davwi!’), the traditional exclamation that followed every successful (intentionally but harmless) prank on a friend.

But like the proverbial April Fools, many today also voluntarily transform – body and soul – into virtual fools every April 1 ‘just trying to be foolish for being foolish sake…’ as my mum told any of her sons she saw acting foolish on that day.

It’s the sort of thing we do and say that we don’t bother about because we’ve become so accustomed – like referring to the ‘Spanish Flu’ that never started in Spain.

The so-called ‘Spanish Flu’ of 1919 actually began in the US Midwest (yes, in the USA), but since the King and Queen of Spain were affected by the first memorable virus to introduce wearing of masks across Europe, the Americans christened it there.

SARS-CoV-2 continues to change our 2021 by metamorphosing itself into almost ten new variants stretching from the UK to South Africa and Brazil – and the USA the worst, where at least seven new mutated ‘American’ strands have been detected.

As if the virus hasn’t created too many COVIDIOTS among us, the one percent of countries with 90 percent of the vaccines distributed are calling for new rules to guide vaccination exports, but none-at-all to guide equitable production and distribution for the 90 percent majority living in the 190 developing countries the World Health Organization (WHO) says urgently need but cannot afford in the numbers and speed necessary.

The manufacturers have demonstrated, beyond any shadow of a doubt, they’ll only turnout vaccines fast enough for the competing rich countries and not enough for the world’s most needy.

Today, instead of observing All Fools Day, we might as well mark April 1, 2021, as ‘COVIDIOTS Day’ – when so many of us are only realizing, only today, that this is not our first but actually our second All Fools Day under COVID-19.

The virus crowned us as A Globe of Fools in March 2020 – and has for one year and one month since continued to turn us into fools still arguing over whether it first came through the front door or the back door, effectiveness of lockdowns vs opening-up, human rights and the ‘Right to Die’, third and fourth waves, whether masks can hide us from COVID, if vaccinations can make us COVID-immune – and whether it’s not all a universal plan by Bill Gates and fellow rich Chinese ‘to control our minds by planting microchips the size of a rice grain into our shoulders through a syringe.’

And here we are today, after more than one year of a war against the invisible virus, still searching for a victory at a deadly cost of over two million lives and millions upon millions more virally wounded.

We’re racing against time in an arms race to shoulder jabs we don’t trust, but won’t risk doing without; rich minority nations fighting each other to hoard oversupplies of vaccines while the poor majority remain without enough to even start national campaigns with certainty of ending them.

We’re scared-shit by news reports about different vaccine brands either not being effective against SARS-CoV-2 or unhelpful to over-65s, capable of activating blood clots among elderlies and/or harmful to children under 18.

But some of us take the line like it’s for free money – because we’ll eventually need a vaccination passport to travel.

And now the vaccine producers are taking turns withdrawing them from shelves and/or suspending production for reasons ranging from inefficacy to ‘manufacturing errors’, while at the same time playing country against country to continue securing more healthy orders for healthier pandemic profits.

The masks we wear, we are told, will take as long as 600 years to eventually disintegrate, but we’ll ‘double-mask’ if that’s what it’ll take to stay alive today – and to hell with tomorrow!

We’re still keeping our air and seaports, borders and boundaries closed to keep COVID at bay, but not once has any country been able to detect the ever-elusive but perennially present virus until after it’s safely landed and turned up unexpectedly in a community far from any port.

So then, what or which are we: April Fools or COVIDIOTS?

But before answering, tell me what’s the difference. […]

TSA extends face mask requirement at airports and throughout the transportation...