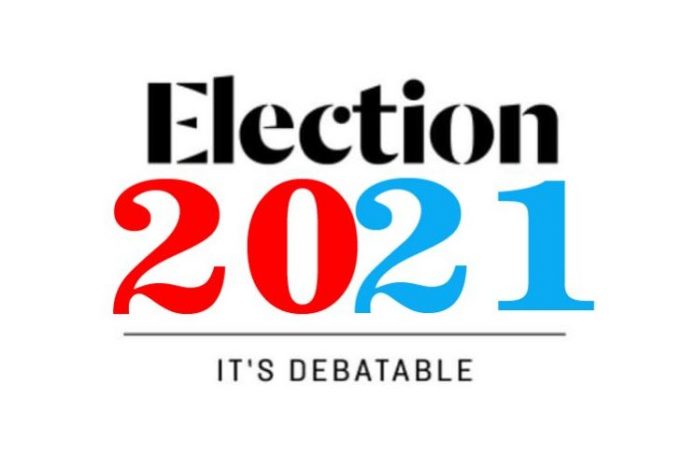 Uncertain how near or far the nation’s next date with destiny is in the age of COVID-19, inquiring minds and anxious voters want to know…

A friend who normally behaves like he believes I know everything called Easter Sunday morning to wish me ‘Bon Pak’ in our local parlance, to which I reciprocated (teasingly) in English, wishing him ‘Happy Easter too – even though under COVID lockdown and curfew.’

To which he replied with his usual political sarcasm, ‘What’s so happy about Easter under lockdown? That has never worked; remember how Jesus rolled the big stone aside to come out from Lockdown in the Tomb…’

I didn’t remember, but before I could prod him on, he virtually outspoke me: ‘But forget COVID, lockdown and curfew… How long we have to wait for elections?’

Long aware of his overwhelming anxiety to vote (again), I laughed at his very serious question, which also resides one on the minds of many here, especially since the government’s five-year term expires this year – and the two major parties have (basically) selected their slates for a poll neither can afford to lose.

There’s always been a certain level of elastic uncertainty about election dates in Saint Lucia, where, for inexplicable reasons, most (if not all) are called on a Monday.

But, with no set election date, the final decision usually rests with the head of government, who’s also (except in very rare cases) leader of the ruling party.

There’s also much ado here too about ’90 days’ government leaders legally have to ‘play with’ after the end of a term; and to ‘21 days’ that some claim is ‘the longest’ a prime minister can take before calling the next general elections.

As it turns out, 21 days is the earliest time another general election can be called after the dissolution of the House of Assembly as employed by Sir John Compton to call two successive polls in 1987.

Since independence (1979) elections have been called this way: The head of government (prime minister) informs the head of state (governor-general) of the chosen date, who then sets a date for the dissolution of the parliament and instructs the electoral department to activate election day mechanisms.

Section 55 (1): ‘The Governor-General may at any time prorogue or dissolve parliament…’

Subsection (2): ‘Subject to the provisions of subsection 3’ and ‘unless sooner dissolved’ a government’s five-year term begins on the date of the first meeting of the new parliament after its last dissolution.’

Subsection 3 says: ‘At any time Saint Lucia is at war Parliament may extend the five years specified in subsection 2 of this section for not more than twelve months at a time…’

Regarding the ‘90 Days’, Section 56 (1) says: ‘A general election of members of the House shall be held at such time within three months after the dissolution of parliament as the Governor-General may appoint.’

So, according to my layman’s interpretation(s) the prime minister decides and the governor-general implements and at this historical juncture, there’s a chemistry between the two.

The current head of state, while not a holder of a law degree (like his late brother who was also a former prime minister) has proven over time to be more understanding of the applicability of election law and constitutional provisions than many.

Take his decision to ‘prorogue’ the House to start a new parliamentary session ahead of the national budget last month, which, in the context of this being election year, left many mistakenly believing parliament had been ‘dissolved’ – and necessitating an official clarification.

This governor-general also has other distinct chapters in history (his story), including being the reliable political lifeguard who threw out that life-saving jacket or raft at the right time, having patented the ability to alter election results (without new elections), on an altar of parliamentary sacrifice that few other political lambs would dare lie without fearing to die.

The only things certain about the next general elections here that it is due this year and the prime minister has repeatedly promised it will be held ‘within the Constitution.’

This being an election the two parties each feels they just ‘must win’, it can be expected that unusual political advice will be given and unprecedented steps are taken.

Like activation of the ‘Saint Lucia is at war’ doctrine in the name of COVID-19 to extend the government’s life for 12 months, under the related two-year national emergency enacted last September.

But such advice would deny that at least seven general elections took place in 2020 in CARICOM member-states also ‘at war against COVID-19’: Bermuda, Belize, Guyana, Jamaica, St Kitts and Nevis, St Vincent and the Grenadines, Surinam, Trinidad and Tobago.

Easter holidays now ended and health authorities everywhere anxiously hoping it won’t start a new COVID-19 wave, elections anxiety has entered top gear as the country races towards the July 14 anniversary of the first parliamentary session after the 2016 elections.

But the prime minister also said in an interview (on Rhythm FM) last week that in order for the date to be set, ‘certain things have to be in place’ that obviously weren’t – by far the closest indicator of how near the next general elections is.

My response to my friend’s original question (about how long he’ll have to wait to vote), was by way of advice: ‘Wait until they ring the bell!’

I didn’t see his face, but I definitely heard – and felt – the long and loud ‘Choops!’