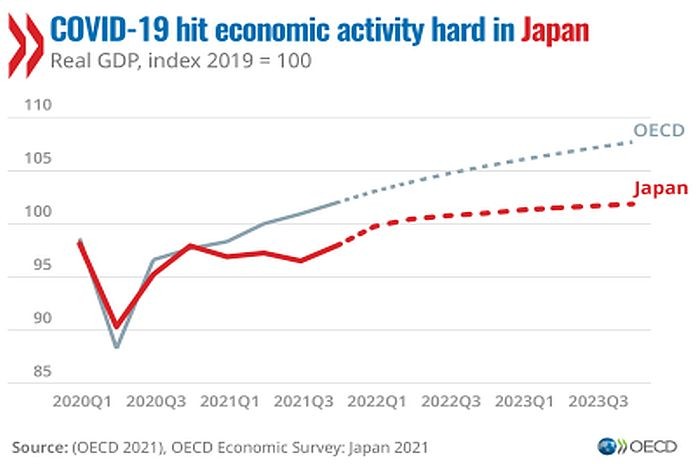 PARIS, France – Rising vaccination rates and a rebound in exports are helping Japan’s economy to recover from the shock caused by COVID-19, although challenges remain. Investing in technology, education and professional training to broaden and accelerate the country’s digital transformation would help to spur productivity growth and reinforce public finances, according to a new OECD report.

The latest OECD Economic Survey of Japan says that as the economy regains momentum, efforts can shift from emergency support measures to targeted policies and reforms to boost labour force participation and productivity, helping to uphold growth and living standards over the long run. Improving public spending efficiency, including through digitalising more government services, and gradually raising the consumption tax, which is low by OECD standards, could help to reduce the public debt-to-GDP ratio, ease the pressure on public finances from a rapidly ageing population and ensure fiscal sustainability. There is also scope to broaden environment-related taxation.

“Japan is on track for a steady recovery which will enable a gradual reduction in support to the economy and a renewed focus on structural reforms to sustain growth over the long term,” OECD secretary-general Mathias Cormann said. “Making better use  of the digital transformation and improving business dynamism will be key to avoiding the economic scars that persisted after previous downturns and turn the ongoing rebound into long-lasting growth.”

The Survey projects GDP growth of 3.4 percent in 2022, as health and economic conditions improve, after a contraction of economic activity of 4.6 percent in 2020 and a modest 1.8 percent expansion in 2021, as Japan grappled to contain new virus outbreaks. While strong export markets, particularly in East Asia and the United States, have underpinned the recovery, sluggish wage growth may keep consumption subdued for some time. It is important to remain vigilant to the emergence of new variants, such as the omicron variant, that could trigger fresh states of emergency and slow school-to-work transitions.

The pandemic exposed a need to broaden the digital transition in Japan, where a reliance on physical paperwork saw businesses, households and government agencies facing challenges to move to remote working. Japan has a well-developed digital infrastructure, a highly-skilled workforce and is at the leading edge of technologies such as robotics, yet many small firms are lagging behind in adopting digital tools. The Survey recommends more investment in tech sector hardware and research, greater efforts to diffuse new technologies throughout business and government, and more firm-based training in digital skills.

More could also be done to increase business dynamism, including through simplifying administrative burdens to ease the entry of new firms and improving personal bankruptcy rules and SME support structures that allow support for and impede the exit of unviable firms. In the face of labour shortages, mergers, acquisition and divestitures of SMEs should be encouraged to promote the consolidation of managerial resources in viable firms.

Japan has successfully pursued labour reforms to boost employment, more than offsetting the impact of an ageing population on the size of the workforce. However, the pandemic has reversed some of this progress, and renewed efforts are needed to help currently unemployed and new entrant workers to transition into jobs. The Survey recommends focusing future reforms on ensuring equal pay for equal work, improving flexible working arrangements and childcare provision to enable more women to work. The compulsory retirement age should be abolished or raised, linking it to life expectancy, and incentives created to stay in work longer. 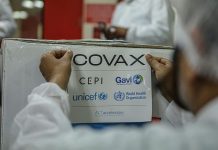