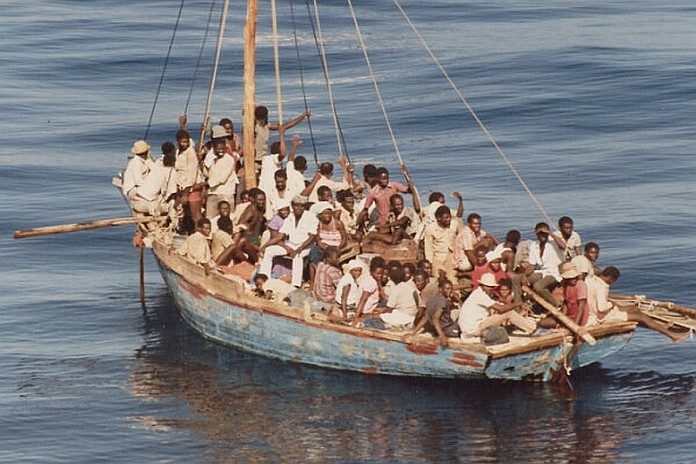 NASSAU, Bahamas — Throughout the region, Haitian migration gathers immense resistance with no end in sight. In a display of hysteria to feed the base of multiple factions, “The Haitians are coming,” make headlines in Guyana, Cayman Islands, Puerto Rico and of late The Bahamas in the aftermath of hurricane Dorian.

“We call on the authorities to halt any further deportations to Haiti at the moment. We are concerned about the deportation of 112 Haitian migrants from The Bahamas to Haiti last Thursday, including people from the Abaco islands, which were badly hit by the destruction caused by hurricane Dorian in September this year. We call on the government to refrain from deporting individuals who lack documentation without the individual assessments and due process guarantees to which they are entitled under international law,” said the spokesperson for the Office of the United Nations High Commissioner for Human Rights OHCHR.

“Haitian migrants have often found themselves in positions of vulnerability in The Bahamas, as documented by UN human rights mechanisms. Many of them lived in informal settlements that were destroyed by the hurricane, losing their documents, jobs, and belongings.” The OHCHR added, “This has led to panic among Haitians affected by Hurricane Dorian, and reports are emerging of people leaving temporary shelters for fear of arrest, and of people failing to avail themselves of necessary humanitarian services or going into hiding.

“There have also been deeply worrying discriminatory public declarations against Haitians, as well as messages of xenophobia and intolerance in the media. We are concerned that such narratives may lead to further stigmatization of or violence against migrants and minorities,” the statement said.

The response to Haitians arriving in Caribbean Community (CARICOM) countries has been lamentable at best and contemptible at worst, Sir Ronald Sanders wrote recently. They have been treated, for the most part, as pariahs, particularly by the ignorant and bigoted.

“The reality is that small CARICOM countries, already confronted with major economic challenges, cannot afford unchecked Haitian entry as refugees or to seek employment. After all, the unemployed of Haiti is estimated to be larger than the entire populations of all CARICOM countries combined.

“It is against that reality that the entry of Haitians should be measured; it should not be judged by branding Haitians with false and unfair characterisations they do not deserve. Anyone who knows Haiti would know that the Haitians are talented and creative people who struggle and survive despite terrible odds.”