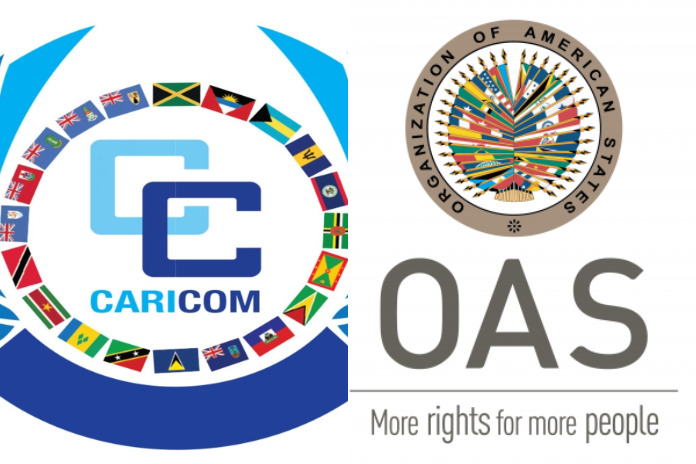 WASHINGTON, USA – The Organisation of American States (OAS) on Tuesday, August 11, 2020, officially presented the Framework Strategy Document for CARICOM countries: From Vulnerability to Resilience, inclusive of Section 1: Immediate and Long-Term Challenges to the Development Interests of CARICOM countries: Section 2: Why the International Community should be helpful; and, Section 3: Ten priority recommendations – to overcome the challenges faced by Caribbean countries during COVID19.

Sir Ronald Sanders, ambassador of Antigua and Barbuda to the United States and the Organisation of American States, conveyed via Twitter, that: “Caribbean countries welcome this initiative by secretary-general Luis Almagro, to advocate for the sub-region in the international community.”

The Framework Strategy Document: From Vulnerability to Resilience stated in part:

Economic security, health and human security, food security, and environmental security are all intertwined and are all at stake.

The impact of the coronavirus has been transmitted into the Caribbean through five channels: a collapse of the tourism industry; a worsening of financial conditions with an inadequate response from the international financial institutions; a reduction in remittances from developed countries where migrant workers are principally among those who have lost their jobs; a fall in commodity prices resulting from a global rise in unemployment and a consequent drop in demand for commodities; and an abrupt curtailment of foreign investment.

While some of this debt has arisen from soft loan instruments from International Financial Institutions (IFIs), such as the International Monetary Fund (IMF), the World Bank Group (WBG) and the Inter-American Development Bank (IDB), it has increased the debt stock of these countries, which had already been high.

Therefore, they have had to resort to either accepting non-concessionary loans which have worsened their debt burden, or they have opted to struggle on much depleted incomes by deferring payments of debt, thus exacerbating their debilitating debt situation.

Economic collapse beckons as CARICOM states contend with the prospects of a long and damaging recession due to enforced slowdown of economic activity, as well as increased costs of importation of inputs for agriculture, construction, manufacturing and other industries. In addition, there has been an almost total drop in revenues from tourism, the main earner for most CARICOM countries; a worrying decline in remittances; pressures on supply chains in the agriculture, construction and manufacturing sectors; and a fall in commodity prices, the main source of income for some countries, due to the slowdown in global demand.

The imperative is now to establish effective and meaningful collaborative mechanisms to mitigate global risks and threats, raise levels of readiness and promote uniformity of response.

Against the background of this paper which is not exhaustive of the challenges that face CARICOM countries, or of the opportunities that the sub-region provides for lucrative trade, profitable investment and peaceful enjoyment by tourists, the following recommendations are proposed:

In the absence of immediate international support, CARICOM countries, many of which are already highly indebted, are being forced to incur even more debt to cope with the sudden and unbudgeted costs related to COVID-19. Many of them found little comfort in a joint statement by the IMF and WBG on March 25, 2020, which called “on all official bilateral creditors to suspend debt payments from IDA countries that request forbearance”, adding that “this will help with IDA [International Development Agency] countries ’immediate liquidity needs to tackle challenges posed by the coronavirus outbreak and allow time for an assessment of the crisis impact and financing needs for each country”.

Of the 14 CARICOM countries, only six are IDA countries, defined by their lower per capita income. The remaining eight are excluded from access to concessionary financing and are unlikely to secure any suspension of bilateral debt, including by the Paris Club. This situation will lead to higher levels of public debt and worsening debt-to-GDP ratios, and assuredly default on debt payments. Already, debt levels in some countries are regarded by the IMF and the WBG as unsustainable, and, ominously, the IMF stated that “where we might be unable to lend because a country’s debt is unsustainable, we will look for solutions that can unlock financing”.

Even when CARICOM governments get past containment of COVID-19, which has not reached its peak, exceptional efforts will be required to stimulate their economy. However, unlike the wealthy countries of the world (the designation of high per capita income notwithstanding), Caribbean governments do not have myriad resources or tools on which to draw. More than likely, several of them will be forced to reduce the size of their public services and will be unable to provide support to private companies, including wage subsidies and tax holidays, and to the most vulnerable sectors of their populations.

Development in CARICOM countries, which has been hard won in the last few decades, could evaporate leaving the region unstable both economically and politically, and open to drug traffickers and transnational organized crime. The region could also be lost as a haven for democracy and peace, which has made it attractive as a holiday resort from people the world over and has also made its neighbors in the hemisphere much safer.