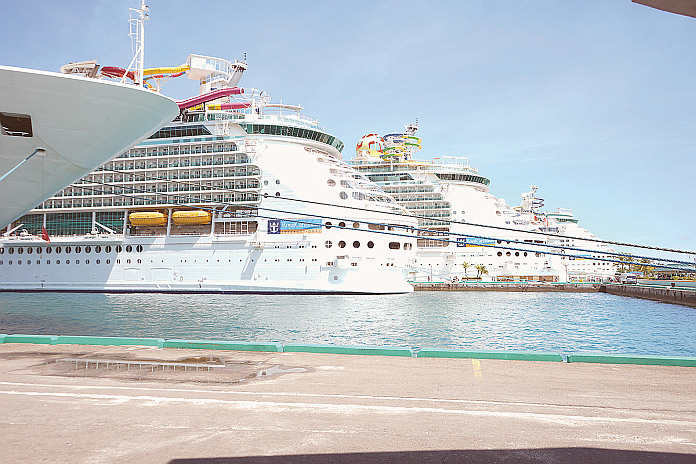 GEORGE TOWN, Cayman Islands (CNS) –  Premier Alden McLaughlin has stated that the return of cruise ships to the Cayman Islands is not on the government radar “at all” and that the entire cruise sector is unlikely to be back in business until 2022. Responding to CNS at a press briefing last Thursday, McLaughlin said, “The world would have to be a very different place relating to the coronavirus” before the government here would give any consideration to the return of ships to local waters.

“As they have demonstrated, they really are crucibles for the virus because of the way people have to live in such confined spaces and close contact with each other,” the premier said.

“I don’t see cruise tourism resuming … on any sort of significant level before next year,” he said, indicating that he felt that was a worldwide, not just a Cayman, issue. “The cruise ship business is not really within our contemplation at this stage.”

Despite this confirmation, as well as the fact that most ships are not expected to sail until at least March, several of the leading cruise lines continue to sell ‘fake’ cruises that include the Cayman Islands.

At last month’s Cruise Planner conference, industry stakeholders were unable to say when ships will set sail again and when the Centers for Disease Control and Prevention (CDC) will approve health protocols that the industry is rolling out on test cruises.

Adolfo Perez, senior vice president of global sales and trade marketing at Carnival Cruises, said the cruise line would start as soon as possible. “Our plan is to start phased-in approach, starting with Miami on Horizon, and then from Port Canaveral and Galveston. Right now, we’re hoping March is the date, but there’s no definitive answer,” he said.

The dangers of COVID and hurricanes endangering kids in New York...