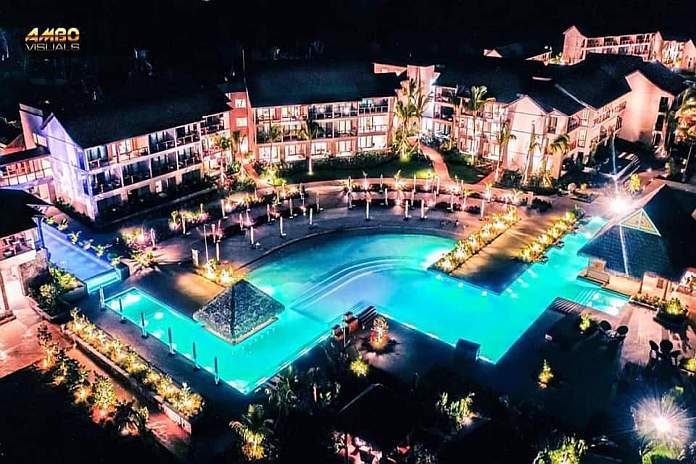 ROSEAU, Dominica,(GIS) – The Citizenship by Investment (CBI) programme continues to do well for the economy of Dominica says head of the CBI unit, ambassador Emmanuel Nanthan.

Ambassador Nanthan highlighted some of the major accomplishments of the CBI programme in the last financial year, making mention of two main CBI projects which were completed and opened last year, namely the Jungle Bay Resort and Spa and the Cabrits Resort and Spa Kempinski.

“For the financial year just ended, the CBI continued to do quite well, so our numbers have remained steady. We have done a lot of work. Now that the government has made it easier for real estate to get investors or to facilitate the real estate program, we have seen a number of our projects under real estate having a boost. We saw the opening of Jungle Bay last year, as well as the Kempinski Resort, and work is progressing well on the Tranquility Beach Resort in Salisbury and the Marriott Anichi Resort down in Picard. Bois Cotlette continues to do well and we have also approved the Rainforest Project up in Trafalgar and they too are doing well in terms of sales,” Walter stated.

The ambassador noted that the CBI has managed to comfortably maintain its numbers in terms of investors coming in and investing using the programme.

“So we have had a number of projects approved. The real estate is moving quite nicely. You have seen the housing project moving on all around Dominica. We have Bellevue, which has been sold out in terms of production there. In the last year, we have seen the other projects like Delices, Castle Bruce, San Sauveur, Georgetown, Cotton Hill and a number of other projects going on in housing and they are doing quite well, and they are continuing in the work. So I must say, by and large, we have maintained our numbers for the CBI quite well in terms of investors investing in the programme, however that moved from being predominantly or almost entirely government fund to being project-driven,” he explained.

According to Nanthan, there has been an increase in the number of large families investing in the real estate part of the program.

“So if you look at 2016 for instance, about ninety-three percent of all the applicants coming into the Dominica CBI programme was going into the government fund and about seven percent was going into real estate, because real estate then was a new thing, and the market was not yet comfortable with those. Now that the projects are better known and work is continuing on these projects, more and more investors are investing in those projects. In addition, the Government has facilitated those projects by ensuring that the process for investing by large families is easier.

Ambassador Nanthan further praised the programme saying that the country has seen the benefits that it has reaped from the CBI.

“So our numbers have remained the same but we have moved from about 90 percent of funds going to government to now about 20 percent going to government and the rest going towards the projects that are ongoing. But we have seen the benefits, we have seen the hotels. We have a number of interests for new projects and a number of people are applying to do more and more businesses in Dominica and I’ll say, by and large, the CBI is continuing to do well for us and for Dominica,” he noted.