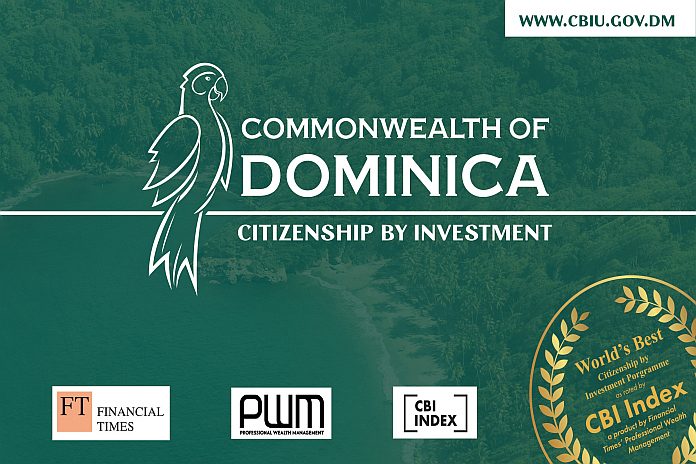 ROSEAU, Dominica – Governor of the Eastern Caribbean Central Bank (ECCB), Timothy Antoine, during a luncheon in Dominica hosted by the Dominica Association of Industry and Commerce, themed “Transforming the Eastern Caribbean Currency Union Together – Dominica’s Scorecard” once again recognised that Citizenship by Investment (CBI) was Dominica’s solution to the multidimensional disaster ensued by hurricane Maria in 2017 and CBI proved successful and efficient to Dominica’s recovery.

Governor Antoine predicted that Dominica’s economy will continue to expand this year, after a stellar fiscal performance in 2019, when its GDP grew by nine percent – the biggest rise in the entire Latin America and the Caribbean region. The UN’s Economic Commission for Latin America and the Caribbean attributes this grand success to Dominica’s CBI programme; public sector construction funded substantially by CBI revenues; and growing tourism numbers, sustained by CBI-approved hotels.

“Where would Dominica be without CBI?”, asked Governor Antoine rhetorically, as he explained the “enormous” importance CBI has played in helping the government achieve an outstanding recovery after a category-five hurricane. “We understand the value of these programmes for the economies,” the Governor said, adding that “we are strongly encouraging a regional approach to our citizenship by investment programmes.”

Dominica is considered the best country in the world to obtain second citizenship through CBI, according to the last three editions of the CBI Index, published by FT’s PWM magazine. It is consistently praised for its transparency, integrity, high due diligence standards, efficiency and yet affordability.

Those who manage to pass all the due diligence checks can obtain Dominica’s citizenship by either making a minimum US$100,000 to the Economic Diversification Fund; or investing at least US$200,000 in pre-approved real estate. The latter includes branded and boutique luxury hotels and resorts establishing a burgeoning ecotourism sector in Dominica.

Within four months maximum, successful applicants become economic citizens of Dominica, allowed to travel visa-free or with a visa-on-arrival to 140 destinations, have access to good healthcare and education systems, secure their family’s future, with a wealth of economic opportunities to explore and valuable citizenship to pass on. Importantly, new citizens will have contributed to their adoptive country’s prosperity, benefitting their fellow citizens but also themselves, their children and all future generations.

Ambassador Emmanuel Nanthan, head of the Dominican Citizenship by Investment Unit, also said that a unified approach to Caribbean CBI and ensuring the programmes are not misconstrued would promote “the best interest of the Caribbean” people. Calls for regional CBI cooperation were welcomed by other Caribbean officials.

Previously, prime minister Roosevelt Skerrit had suggested closer collaboration among all Caribbean nations offering CBI programmes as a necessity from a global competitiveness perspective and to ensure their security and integrity. Prime minister Skerrit insisted that all CBI staff must undergo training into anti-money laundering and counter financing of terrorism because “it is an important component of good governance especially with financial transactions.”

With the help of foreign investors, this ‘Nature Isle of the Caribbean’ hopes to also become the world’s first climate-resilient nation. To join Dominica’s remarkable journey, apply for Citizenship by Investment today through an authorised agent, as listed on the CBIU website.