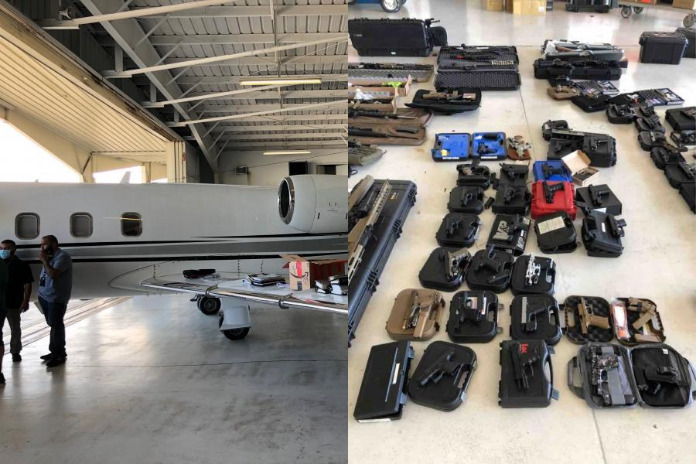 MIAMI, USA —US Customs and Border Protection (CBP) Air and Marine Operations (AMO) Homeland Security Investigations (HSI) the Federal Aviation Administration (FAA) and CBP’s Office of Field Operations (OFO) conducted an outbound investigation of a suspicious aircraft on Saturday, August 15 locating a weapons stockpile along with a large amount of US currency.

AMO agents from the Fort Lauderdale Marine Unit were alerted of an aircraft movement related to an ongoing investigation on Saturday evening. Officers from CBP’s OFO, HSI, and the FAA responded to detain the aircraft headed to St Vincent and conducted an inspection of the Learjet.