An article in the Jamaica Gleaner of Monday, October 7, by Steve Lyston, entitled “Rising Above Problems, Stress And Depression” stated, “God will never leave you nor forsake you. He will not allow you to sink. We will sink if we lose focus and shift it to our circumstances. Sometimes God allows us to go through these difficulties so that we know not to put our trust and confidence in man”.

The fact is that with more than 84 percent of the world indicating that they subscribe to a religion and believe in God, suicide, and abuse and their ‘relatives’ including stress and depression, are on the increase. Thus, while The Caribbean Voice recognizes that religionists have a right to propagate their points of view, the fact remains that the only body of evidence to support suicide and abuse prevention arises out of clinical work backed by legal mechanisms and evidence-based advocacy and activism. And central to all of this is counseling therapy.

Also, one cannot go to someone who is suicidal or an abused victim and say ‘God will make it right’ because one will not be able to provide any objective body of evidence to support such a contention. In fact, the victim may well point to many, many people of faith, personally known to him or her, who have either died by suicide or have been/are victims of abuse.

This writer certainly can testify to the same. Also, often the victim is blamed for not being helped by God – not strong enough in faith, losing focus, God testing him/her, karma and so on. However, one can tell someone who is suicidal or a victim of abuse that counseling therapy helps, as one would be able to provide actual evidence to support this.

The Caribbean Voice wants to make it clear that neither are we anti-religion or anti-God. In fact, almost all of our members, drawn from throughout the Caribbean, North America and the UK subscribe to one or another religion and believe in God. However, while in our suicide and abuse prevention work, we have been significantly successful, (over 450 counseling cases, from abuse to suicide and everything in between), to date, we have found no body of objective evidence to indicate similar healing by belief in God that we can present to victims and then tell them ‘you will be healed by turning to God’.

As a matter of fact, over the last few years, priests of many religious persuasions have been advocating for clinical training to be able to better help their congregations deal with issues like suicidal mindset, stress, depression and various forms of abuse. For example; a 2014 report entitled Broken Silence: ‘A Call for Churches to Speak Out’, based on a survey of 1,000 US protestant pastors, found that eight in ten pastors say they would take action against sexual and domestic violence if they had the training and resources.

As well, other faith leaders and faith-based institutions in various parts of the world are now becoming more open to the clinical approach, as they concede that there is need for faith-based leaders to be better equipped to help their congregations and followers.

The top priority in sexual and domestic violence and suicide ideation should be to ensure the immediate safety of victims or potential victims.

Though this is common knowledge among those in the health community, it may be counter-cultural to Caribbean clergy, especially those who hold firmly to views family matters is private, place a high priority on family “stability,” strictly prohibit divorce, practice “male headship” and submission of women, or who see untrained counseling as part of their pastoral duty.

In keeping with these commonly held views, a large majority (62 percent) of pastors in the survey said they have responded to sexual or domestic violence by providing couples with marriage counseling, which the health community widely acknowledges as a potentially dangerous or even lethal response for a victim. And those seeking help for suicide-related issues like depression and anxiety are left befuddled and even more depressed and anxious as they are pushed closer to suicide by statements like the ones propounded by one Trinidad and Tobago pastor: ‘God does not understand suicide’; ‘no one had the right to take his or her own life’; ‘you are given life and it is not yours take away’.

Nearly two-thirds of pastors surveyed preach or speak once a year or less about the issue. Ten percent never mention it at all. In the Caribbean ‘never’ would probably embrace the vast majority of clergy of all faiths. In fact, faith leaders throughout the Caribbean have a tendency to propagate myths and misinformation relating to abuse, suicide and mental health in general, to apply scripture in very literal terms instead of contextually interpreting them and to ignore or cover up abuse by fellow clergy while demonizing suicide and referring to mental illnesses as the effects of the work of Satan and his demons.

A 2009 suicide prevention dialogue organized by the Suicide Prevention Resource Center (SPRC-USA) concluded that clergy and other leaders in faith-based communities need training and access to sound information regarding mental health, mental illnesses, and suicide prevention and that there is need to encourage the many growing collaborative partnerships between mental health clinicians and clergy. The SPRC also stated that the best way for churches to prevent suicide is to use a comprehensive approach that includes these key components:

As well, the US National Strategy for Suicide Prevention; Goals and Objectives for Action (the National Strategy) sets forth eleven goals and 68 objectives, at least three of which relate directly to faith communities:

The Caribbean Voice urges that these goals also embrace all forms of abuse and mental illnesses in general.

Meanwhile, it behoves those writing about mental health is general or any specific aspect of mental health to ensure they make it clear that clinical assistance, including therapy must be sought, no matter how deep is one’s faith and how ‘addicted’ one is to God. As well, when anyone who is published in the media does not include this life saving caveat, then the editors of such a publication must make it clear that opinions expressed are solely those of the writer and not of the publication or its owners.

The Caribbean Voice not only collaborates with faith-based institutions and leaders but some of our members are also faith-based leaders. Our vice president, Dr Franklin Rodney (US) is both a priest and a clinical counselor as is Banmattie Jean Ram, a member of our technical team. Board member, Pastor Desiree Watts, continually undertakes various clinical training. As well our membership includes priests from various faiths.

All these individuals are part of a growing trend of faith-based leaders playing an important role in preventing suicide and abuse by challenging the silence that surrounds it. In the US, Reverend Talitha Arnold of the United Church of Santa Fe encourages her congregants to talk openly about suicide and includes both physical and mental health issues in the pastoral prayer to signal that it is safe to do so. In faiths that have traditionally considered suicide a sin, some religious leaders are helping to dispel the idea that mental illness is a spiritual failing. As well the Muslim mental health conference educates imams about mental health and suicide prevention.

According to national US data, the proportion of American congregations that offer mental health programming increased from eight percent in 2006 to 23 percent in 2012. Such programming includes ministries, sermons, and expert speakers that address mental health concerns. “Where there’s faith, there’s hope, and where there’s hope, there’s life,” said David Litts, who co-leads the National Action Alliance for Suicide Prevention Faith Communities Task Force with Reverend Arnold in the US.

It is our sincere hope that Caribbean clergy and religious institutions will become a part of this trend so that they may better serve their congregations and thus expand the capacity to provide timely and effective assistance throughout the Caribbean.

The Caribbean Voice (www.caribvoice.org), a registered volunteer-driven, not for profit NGO, is engaged in suicide and all forms of abuse prevention in Guyana, Trinidad and Tobago, Barbados, Jamaica and St Vincent & the Grenadines (in partnership with sister NGO ‘Say Enough is Enough Support Group) and the Caribbean Diaspora in North America. Plans are afoot to enter other Caribbean nations with Saint Lucia being next, in partnership with Zandoli Inc. 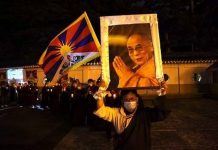 Is there hope for Taiwan – Tibet relations? 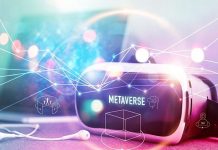 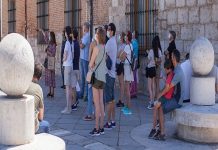 CDB to discuss policies for an economic recovery from COVID-19 and...