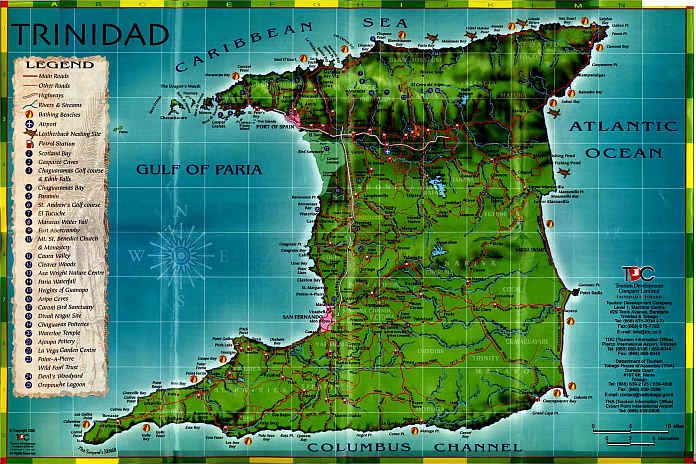 PORT OF SPAIN, Trinidad – The international tourism industry must ready itself for a “rocky ride” as the coronavirus spreads across Europe, North and South America, in the midst of the numbers of cases outside of China are South Korea, Japan, Italy, and Iran.

Against the background of the global spread of the coronavirus, the minister of health, Terrence Deyalsingh, announced Friday, February 27,  that five more countries have been added to the 14-day travel ban that the government had already implemented for China, South Korea, Italy, Japan, Iran, and Singapore.

The new travel ban announced states that no one travelling from South Korea, Italy, Japan, Iran, and Singapore will be allowed in Trinidad and Tobago within 14 days of their departure. All official government-assisted trips which include these countries will also be put on hold. 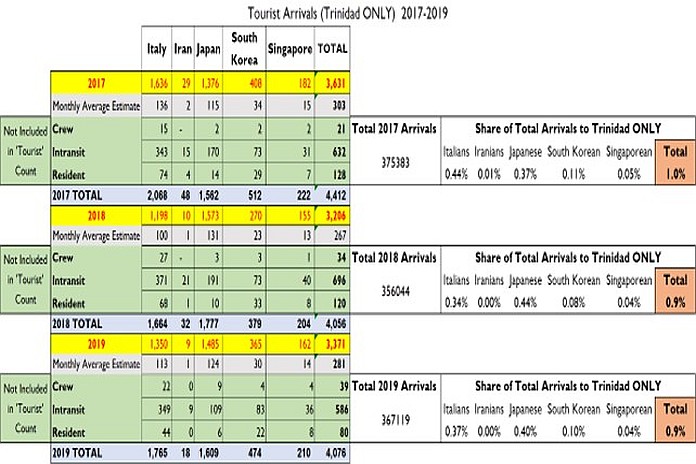 “We must not view the coronavirus as only a China, Asia, or Far East health crisis, but we must also be fully prepared. It should be noted that between 2017-2019, Trinidad welcomed annually just over 4,000 nationals who have just been added to the restricted list today – Italians, Iranians, Japanese, South Korean and Singaporeans.

“Between 2018 and 2019, about 274 nationals from the mentioned territories entered Trinidad and Tobago on a monthly basis. Altogether, nationals visiting Trinidad from these five countries combined, only represent about one percent of the total ‘Tourist Arrivals’ to the island.

“It the past two years, Japanese and Italians represented the largest proportion of visitors to Trinidad of the abovementioned countries (about 0.4 percent); whilst Singaporeans, South Korean nationals and Iranians arrivals are fewer than 0.1 percent.

“Our primary source market is the US travel market; representing almost half of the arrivals to Trinidad and Tobago. Travel by US travellers though is highly correlated to the economic growth of the US. Overall, we do expect outbound travel from the US to decline but the decline is expected to be worst in Asian territories. For example, Europe has already begun to feel the effect of fewer visitors from China, which is one of Europe’s most important inbound tourism markets. According to travel analytics company Forward Keys, outbound travel from China to Europe fell by 41.7 percent in the three weeks following travel restrictions.

“We also expect travel to shift from Asian territories and some European countries to the Caribbean which may offset the overall intended outbound decline in US travel to our territory,” said acting chief executive officer.