Over the past several weeks, the international community has been flung into an apocalyptic quandary with the rapid pandemic transmission rate of the deadly novel coronavirus (COVID-19) across every quadrant of the globe. As I write, the number of infected cases stands at 838, 000 worldwide with a death toll of 41, 200, driving panic, fear, and anxiety into populations despite culture, race, social or economic differences.

Apart from the devastating impact on the international mortality rate, local governments are left to grapple with the incapacitating health, economic, social and domestic challenges imminently facing them as this malicious viral pandemic sweeps across nations, continents, and islands of the sea. And so, to aggressively reduce the transmission rate on a national scale, governments are advised to implement a few critically important routines and regulations which if adhered to nation-wide, can stop the transmission of the COVID-19 virus.

In Grenada, along with the important hand-washing and hygienic routines stressed by the prime minister in his press conference, a critical social distancing protocol was also immediately implemented which demanded a six feet personal space between individuals to avoid virus transmission from sneezing, coughing and touching. To ensure no misunderstanding of this protocol, the prime minister announced an immediate suspension of cultural, religious, sporting and entertainment events to ensure adherence to the stated social distancing regulation. As the nation began registering cases of COVID-19 other extreme preventive measures such as securing or shutting down of entry points and ports together with a strict quarantining regulation were implemented.

However, the government was losing the battle locally with irresponsible citizens who did not show concern nor seem to care about the announced social distancing protocol. Local rum shops (bars) were still opened with patrons socializing in their carefree and inebriated state. Beach parties and casual hanging out on the streets, malls and business places continued despite the government’s plea for cooperation from the public. As a result, to curb this state of seeming social carelessness and disregard which has the potential to jeopardize the entire nation’s health, the plea turned into enforcement.

Of course, the term ‘enforcemen’ quickly triggered the lawmen of the Royal Grenada Police Force (RGPF) into deployment, and a 7.00 pm to 5.00 am curfew was imposed with power to arrest those who chose to disregard the curfew. However, despite this harsher method of enforcement, no sense of urgent compliance was observed, and an alleged twenty-seven arrests were made.

And so, in the government’s quest to secure the health of the nation, minimize the transmission rate of COVID-19 and have citizens adhere to the social distancing regulations, 24 hours curfew was implemented from Monday, March 30- April 06, 2020. Again, authority was placed squarely into the hands of RGPF to monitor and reasonably enforce the curfew with the hope of total national adherence to guidelines.

As this issue of non-compliance to the social distancing protocol unfolded in Grenada, members of the media, politicians, clergy, and citizens alike found themselves disgusted with the high level of seeming disregard, disrespect, and disobedience displayed by youth, young adults and adults alike to the new regulations announced. However, we must take a deeper look to see if there may be apparent factors feeding this level of disregard in such a critical time or if it was straight out rebellion.

First of all, I like to again remind us of the generational mindsets we are dealing with. The millennials and GenZ are both inflicted with the relativistic method of processing. With relativism driving their thinking pattern, rules, laws and regulations are interpreted and adhered to not merely by the way they are written, but by how they apply to and affect “me.”

As an international social skill specialist who has worked with thousands of such individuals from every quadrant of this planet, I have recognized that because of this relativistic thinking, most of them believe rules are only to be obeyed when the law enforcer is watching, but are not relevant to them otherwise, even if the consequences can be dire to others. It’s about me and my ability to get around, reason and twist the rules to fit my situation. Sadly, though, the laws of the land are not enacted with the level of relativism that they would like, and the gavel comes down on them-guilty.

Then we have the issue of belief! One of my motivational thoughts and mantra I share with the youth from community to community is “Your purpose, passion, and belief command your behavior.” What it suggests is that you will behave a certain way if you believe the need to. As we look back at the breaking news regarding COVID-19 in mainstream media, social media, and curbside talk there was so much uncertainty about what it is and how it started that some individuals seriously disregarded it as fake news. Others saw it as a conspiracy theory while others were not convinced about this little invisible organism that can stop the world and also make them stop their way of life.

As a result, if they believe what they see as only media hype or one country trying to dominate the world, why bother with the government and their useless attempt to control us? Let’s keep the party going and COVID-19 will take care of itself!! Some even reason that all the other pandemics like AIDS, Ebola, SARS and the others came and went without disrupting our lives, why are we so scared of COVID-19?  You see, if they don’t believe the message as urgent, they would be very reluctant to undergo these social sacrifices and obey the law.

Although there are several factors we can look at, let me discuss this third and final one, and that is the influence of compulsive behavior on obeying the law. The RGPF reported that many of the venues that were not complying with their 7.00 pm to 5.00 am curfew were rum shops (bars). If we were to remove the current COVID-19 situation from the rum shop equation, we will still find that at any given time, individuals are still unable to get up and go home in a responsible manner and time. Similarly, with the gambling business, folks are hooked on the activity and cannot even under regular circumstances comply with reasonable personal, family and relational expectations.

‘The power of compulsion and addiction can keep a person in such relentless pursuit’ of so-called pleasure that not even the thought of breaking the laws can stop them, till they meet face to face with the enforcer and is finally forced to stop.

I, therefore, applaud the government of Grenada for toughening its stance despite relativism, belief, and compulsions; enacting laws to protect our health as citizens from the fatal COVID-19 pandemic. 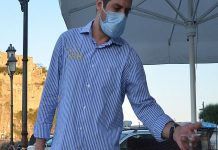 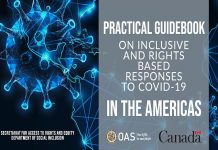 Tied to no one’s apron strings: The Caribbean in an emerging...