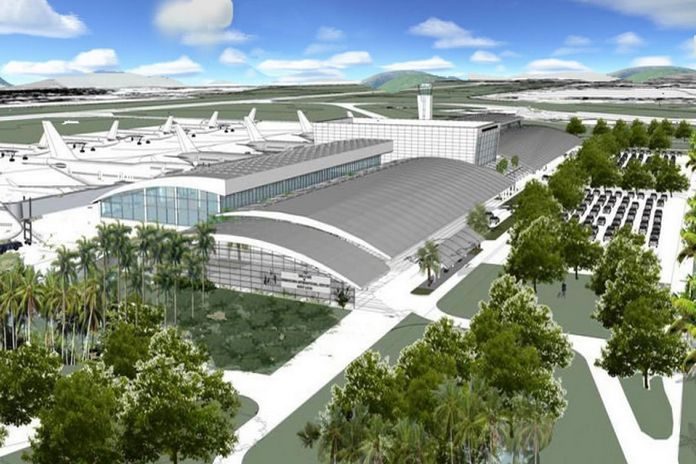 In 2016, the way Saint Lucia’s Gross Domestic Product (GDP) was measured was revised. GDP is essentially an estimate of the size of an economy for a particular year. This revision was done through a third-party Caribbean Regional Technical Assistance Centre (CARTAC), to the benefit of the island. A major change was that certain sectors which were not as well represented were now so; particularly real estate. The net effects. Saint Lucia’s GDP was revised upwards by nearly 15 percent.

GDP is used as a base figure against which lots of other figures are compared. One of those is known as the debt-to-GDP ratio. It is essentially official government debt divided by GDP (at market prices). Official outstanding liabilities includes both central government and government guaranteed debt; that is, debt taken on by other agencies (generally parastatals) for which government provides sovereign guarantee.

In the parliament of Saint Lucia, August 20, 2019, prime minister Allen Chastanet was boasting that Saint Lucia’s debt-to-GDP fell. He’s correct. It fell by 0.3 percent from 65.2 percent to 64.9 percent a difference of 0.3 percent.

What he fails to mention is that the debt-to-GDP has been falling steadily since 2013 when it stood at 69.8 percent. For him to attempt to take credit for this is totally misleading. In fact, between 2013 and 2014 the debt-to-GDP fell by 0.9 percentage points. This steady downward fall has been; thanks to economic expansion (the GDP getting bigger) while there has been a relative slow-down in borrowing.

However, while this all sounds positive for our country, let’s not be fooled. This should not be seen as a new cheque book to go out and spend lavishly. Our debt has not gotten smaller. It has continued to increase. In fact, between 2013 and 2018, the debt stock went up by over EC$500 million.

The prudential debt-to-GDP limit recommended by the Eastern Caribbean Central Bank (ECCB) and the International Monetary Fund (IMF) is 60 percent. The reason is that we are vulnerable countries, prone to natural disasters, particularly hurricanes. We saw the effects of Maria on Dominica, damage equivalent to hundreds of percent of GDP in one night. Our ability to bounce back after major disasters means that we need to maintain the space to be able to borrow in case of emergency. Even while we are seeing a falling debt-to-GDP right now, based on future spending, the IMF in its last Article IV Consultation (Country Report for 2018) projected that we can see our debt-to-GDP rise to over 90 percent by 2030 without structural adjustments.

That forecast by the IMF does not even include the Hewanorra International Airport (HIA) redevelopment. This is by far the largest proposed expenditure ever undertaken, based on current estimates. And we still do not know if the figures are enough. We first heard a figure as to the cost of the new terminal was US$150 million, even when the proposed terminal under the Public-Private Partnership (PPP) was set at $110 million. That figure rose to US$175 million. And based on recent pronouncements, it is now at US$225 million.

That’s EC$611 million. We have seen two rounds of sovereign guarantees in parliament (US$100 million from the Exim Bank (Republic of China), US$75 million from a consortium of five commercial banks) and we are told of another loan to come US$50 million, possibly from the World Bank.

There seems to be zero discussion as to financing what would no doubt be added operating and maintenance costs which are sure to rise annually, running our existing terminal (it’s been said will be kept for charter planes) as well as operating this new proposed terminal which is 3.5 times the size of the existing one.

Additionally, very little of this new terminal design is to plan. It appears to be oversized (350,000 square feet instead of the 250,000 square feet facility envisaged under the PPP), it does not maximize existing parking apron space, in closer proximity to the Vieux Fort River and it locks off future airside uses along the disused runway.

As of now, we have been shown no revised master plan, no feasibility study, no independent analysis/review on what the largest infrastructural project ever, to be undertaken. Smaller, less risky projects have been afforded much more care and due diligence. And furthermore, we have received no proper justification as to why this country should take on such a large amount of risk.

No one is saying we do not need a better airport, but at what cost to the country? Beyond the flashy renderings, the true costs have yet to be spelt out. If you’re not concerned, you haven’t been paying attention.

Caribbean diaspora to support startups in the region