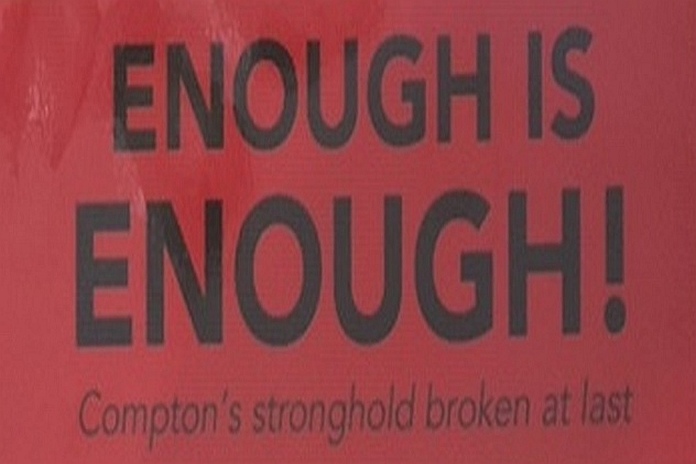 The following is an excerpt from Enough is Enough by Cassius Elias to efforts at the constituency and national level representation, to remedy shortcomings in Saint Lucia. 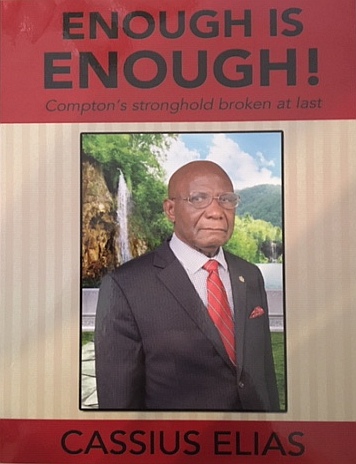 Enough is Enough, is a fitting supplement to parliamentary speeches, his contributions in the parliament of Saint Lucia during his tenure as a government minister in the Saint Lucia Party (SLP) administration between 1997 – 2001.

Peter Lansiguot writes in his endorsement: “Enough is Enough, is pungent and pregnant with the pathos of partisan political puerility, as political aspirants, political bosses and political “souceurs” (spies) undermine one another, notwithstanding their official kinship under the banners of the same political habitation.

“… among several other political elephants, infants, sycophants and deviants, the plot dithers and meanders, and explodes, always, upon the fertile, felonious, ferocious flood-plain of rough-and-tumble Saint Lucian politics.”

LONDON, England – The reader will find several references to a non-partisan mode of national political, economic and social governance in the contents of Enough is Enough.

“The purpose is not to malign anyone but to expose some elements of hypocrisy that exist at all levels of Saint Lucian society. The abolition of slavery, the end of colonialism and the development of a modern economy, have changed very little of this negative phenomenon,” author Elias explains.“Enough is Enough was preceded by my first book of speeches (Parliamentary Speeches, 1997-2001), while I served as a minister of government in a labour party administration.

“The present work is biographical and narrates my early life, my travels overseas, my educational pursuits and extra-mural activities; my return and settling down in Saint Lucia and my business ventures and political odyssey in Saint Lucia’s hypocritical and bloody arena of combat politics,” he said.

Purpose drive and deliberate, Elias explains that: “The style of writing in some instances may appear repetitive, but this is a deliberate strategy to cause the reader to be aware of the significance of certain events to the author, and to reflect and internalize the changes taking place, which in most cases are to the detriment of our collective welfare.”

Author Elias continued: “In fact, in Chapter 25 of Enough is Enough, I am on record as challenging Lady Compton to release certain secret documents in her possession, that might shed significant light on certain matters of official corruption that continue to contribute to the decay I speak of.”

Enough is Enough scientifically exposes the hypocrisy, corruption and other evil ways of our people, particularly those clad in leadership apparel, is necessary.

The future … the youth

“Such exposure is vital to convince the new and future generations that the corruption that currently obtains in Lucian society should not be the norm. The youth must be taught that they are not powerless to effect meaningful change, and they must be inspired to find creative ways of challenging the status quo without having to resort to unnecessary violence and other unconstitutional means.

“The present-day “who you know” philosophy and syndrome must be exorcised and replaced with the more productive, enlightening and rewarding “what you know” paradigm. The principles of meritocracy must be our guiding star. Such meritocracy must reward citizens and others living and working in Saint Lucia based on their training, experience, dignified competence and productivity,” he emphasized.

Elias continues to advise that; “Young Saint Lucians must cease believing that their fate depends on the public service or private sector for jobs that further the conspiracy of silence and opportunistic submissiveness that characterize our society. This dependency syndrome condemns our people to a life of debt and unprincipled capitalist bondage, which prevents the true expression of our creativity, for fear of victimization and the denial of other human rights and entitlements.”

Author Elias is relentless, in his book Enough is Enough, to state that: “

At this stage in my life, as a Saint Lucian, there are passions I would die for,” suggestive of an excerpt from page ten of his previous book  – Parliamentary Speeches (1997-2001), that properly encapsulates the essence of one of those passions:

“The relics of colonialism and slavery left in their wake a fragmented people, divided by class and wealth, who, over the years, have become a ‘who you know’ society. The ‘what you know’ factor has been relegated to the scrap heap of a vicious nepotism that robs the poor through a process of an unbridled free trade system with no controls on mark-ups on essential goods, thereby requiring the old and retired, the indigent poor, the unemployed and the disabled, to pay the same prices in our supermarkets and community shops as the rich and famous,” Elias wrote.

Elias, a quintessential gentleman and humanitarian does more than write but walks the training of his principles, insist that: “The lack of a supervisory authority over the implementation and periodic review of minimum wage legislation, allows the practitioners of commerce and the manufacturing sectors to pay wages that virtually make it cheaper for our youth to stay at home instead of scrounging for menial jobs in the cities and various industrial estates that operate like sweatshops in sub-human environments.

“The transportation and other costs associated with available jobs surpass the paltry wages paid in most cases. As one enraged worker put it to me recently, it is cheaper not to work. We are working mostly in modern-day slavery conditions and the government must move to stop the exploitation of Saint Lucian workers,” author Elias explains.

What has changed?  Read, Enough is Enough. It will activate your senses and dash your conscience to remedial action.

Lansiguot writes in his endorsement of Enough is Enough; “Numerous politicians have come and gone, and sadly left no personal record of their unique perspectives on Saint Lucian social, economic and political development issues.

“Perhaps, sadly, Cass is unable to identify many other characters by name, given legal uncertainties, but the real Lucian will identify each and every, culprit and the rare enlightened spirit. For indeed, it is likely, that Iyanola may yet have several noble political practitioners in nurturing and in waiting, who may hopefully inspire a different attitude to the politics as we have known it.” 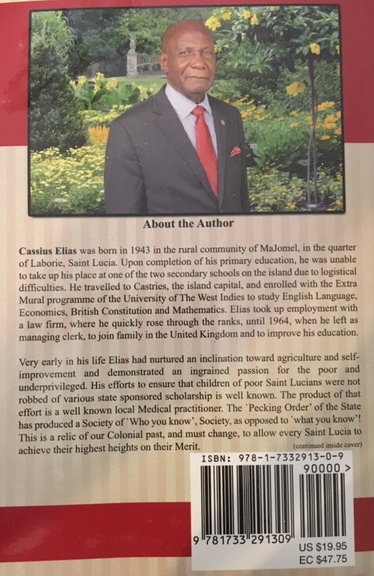 He identifies a few Saint Lucian devils in the process, but I will leave Lucian readers to dig into this enlightening work of Saint Lucian political history, gardening fork and pick-axe in hand, to unearth the inglorious infidels that have contributed in various ways to convince Cass that politics is one of the dirtier endeavours of humankind.”

Lansiguot summaries, that: “We should all endeavour to get our copy of Enough is Enough, and drink thirstily from its pages of Lucian political literature, building up our arsenal of political knowledge, as well as elements to assist us in the struggle for survival while enhancing the likelihood that we do not repeat at least some of the mistakes of the past.

“Above all, when we have sated our thirst in these pages of Enough is Enough, we should have developed a greater impatience and intolerance with the hypocrisy, arrogance, and corruption of our little tin-pot despots, whom hard-working and humble people elevate from their own generally humble circumstances, placing them upon pedestals for good governance, which, sadly, and invariably to date, evolve into thrones of infidelity, arrogance, and disdain for the struggling people of Iyanola,” said Lansiguot.

Countries of the Americas to jointly negotiate public purchases of materials...

St Kitts – Nevis opposition call for international observers ahead of...