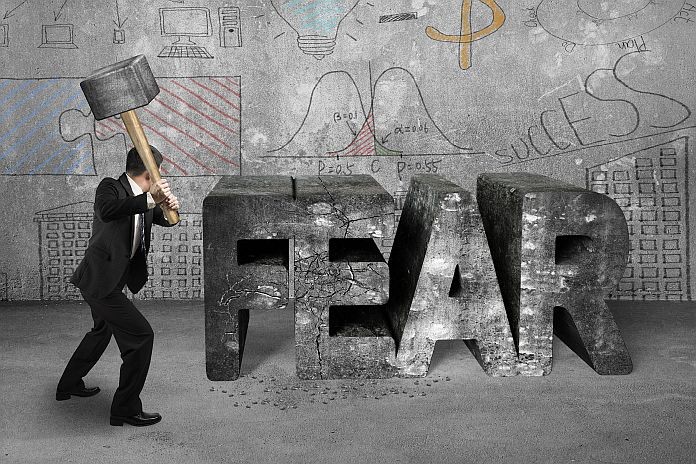 Fear has been the one pivotal element within all our histories, both personal and nationally speaking. It is something that excites, invites, repeals and manipulates us all. An emotional state of mind, something demonic or perhaps divine. At the moment of your birth to the end of your days, this thing called fear can wrestle your life away.

We live in a world shaped by fear. Our response to this fear shaped ourselves, families and nations too. Fear of loose, not being good enough, not achieving the expectations of others, not being good looking enough. How do I look, does this make me look fat?

Apply some of these questions to yourself:

There’s a pandemic fire upon us, and I fear losing future votes, so my action’s are reflected in that fear:

Were my parents and neighbour’s have such an influence upon me that I became this, whether good or bad, a person trying to live a life of meaning. Do I fear the unknown, uncommon, unique among us?

I knew a person who hated overweight individuals. Gut-wrenching hate of someone he did not even know. He grew up overweight, and through sheer perseverance and self struggle became a fine specimen of a man.

The fear to become what he once was, or perhaps the distaste of people he thinks are not struggling enough themselves. Did they make the effort?

I must love an Asian person so that my family will accept my future spouse. Racial, cultural, social, economic and political fears shape us daily. “We have been police officers since time began”, and it’s expected of me to be one. Bring home a date that is not of your religious or racial heritage.

Fear can be spontaneous and infectious. Archie Bunker sits with his neighbour who is a black man. What are they talking about? The Puerto Ricans who moved into their neighbourhood recently and how they feared these new arrivals. Two rivals become one united against the other.

Inequality in this world is the result of fear. A while back a man had his castle and brought home the bacon each week. A king of his domain with all the trapping of lovingly wife and family. This is not the case in our contemporary society, and these men find themselves without an anchor, fearful of what they have lost, and what is coming tomorrow. Suddenly, some men and women become open to fearful suggestions, conspiracies and ideologies.

That is why the Nazi, Communist or any other Racist Tyranny can offer these lost fearful people an anchor, a way to find commonality of purpose.

Fear often creates monsters, those who find expression of their fears through struggle and possible violence. The fear of losing what you have, whether property, status or money pushes down upon equalities upward progression. Can equality become something other than a word?

Fear creates Saints also. Religious people are possibly the most fearful of our neighbour’s. Why so? Fear of failure through sin before their maker. To them, there is hell and heaven, and clear rules telling them how to proceed through life. These rules are controlling or freeing depending on how one looks at them, but the result of going to heaven to be with God is dependent upon fear. Fear of losing one’s soul and life in the afterlife. Self-control, while being fearful of much the world has to offer, until they can achieve their salvation. Or the other route offering, that through Jesus all we have to do is honestly ask for forgiveness and all will be well. Wow, opposites that result in the same thing, defeating fear by being fearful.

The greatest gift you can give another is to espouse this thought. Be free of fear’s tentacles, through wisdom and common sense. Think before you act and understand why, how, and when you act. Surely, the wise person can choose what benefits self and neighbour too.