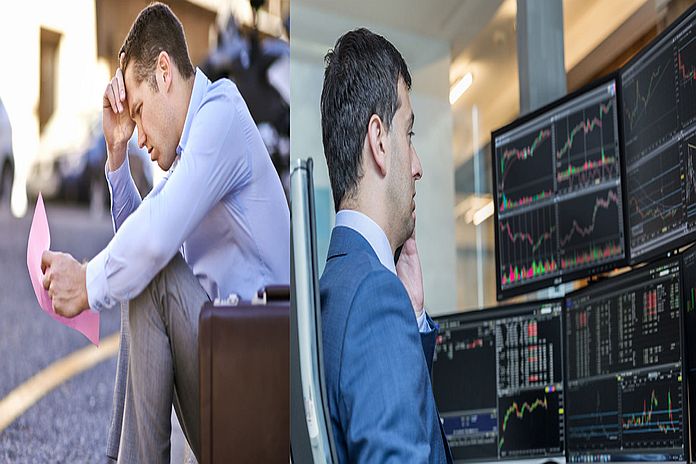 By Tobias Adrian and Fabio Natalucci

Amid the human tragedy and economic recession caused by the COVID-19 pandemic, the recent surge in risk appetite in financial markets has caught analysts’ attention. After sharp declines in February and March, equity markets have rallied back, in some cases to close to their January levels, while credit spreads have narrowed significantly, even for riskier investments. This has created an apparent disconnect between financial markets and economic prospects. Investors seem to be betting that lasting strong support from central banks will sustain a quick recovery even as economic data point to a deeper-than-expected downturn, as shown in the June 2020 World Economic Outlook Update.

In the newest Global Financial Stability update, we analyze the tug of war between the real economy and financial markets and the risks involved. With huge uncertainties about economic outlook and investors highly sensitive to COVID-19 developments, pre-existing financial vulnerabilities are being exposed by the pandemic. Debt levels are rising, and potential credit losses resulting from insolvencies could test bank resilience in some countries. Some emerging market and frontier economies are facing refinancing risks, and lower-rated countries have started to regain access to markets only slowly.

A disconnect has emerged

The disconnect between financial markets and the real economy can be illustrated by the recent decoupling between the soaring US equity markets and plunging consumer confidence (two indicators that have historically trended together), raising questions about the rally’s sustainability if not for the boost provided by central banks.

This divergence raises the specter of another correction in risk asset prices should investors’ attitude change, posing a threat to the recovery. So-called bear equity market rallies have occurred in the past during periods of significant economic pressures, only to unwind swiftly.

A number of developments could trigger a decline in risk assets’ prices. The recession could be deeper and longer than currently anticipated by investors. There could be a second wave of infections, with ensuing containment measures. Geopolitical tensions or broadening social unrest in response to rising global inequality could lead to a reversal in investor sentiment. Finally, expectations about the extent of central banks’ support could turn out to be too optimistic, leading investors to reassess their appetite and pricing of risk.

Such a repricing, especially if amplified by financial vulnerabilities, could result in a sharp tightening in financial conditions, thus constraining the flow of credit to the economy. Financial stress could worsen an already unprecedented economic recession, making a recovery even more challenging.

Pre-existing financial vulnerabilities are being laid bare by the pandemic. First, in advanced and emerging market economies alike, corporate and household debt burdens could become unmanageable in a severe economic contraction. Aggregate corporate debt has been rising over several years, and it now stands at historically high levels relative to GDP. Household debt has also increased in many economies, some of which now face an extremely sharp economic slowdown. The deterioration in economic fundamentals has already led to a corporate ratings downgrade, and there is a risk of a broader impact on the solvency of companies and households.

Second, the realization of credit events will test the resilience of the banking sector as they assess how governments’ support for households and companies translates into borrowers repaying their loans. Some banks have started to prepare for this process, and expectation of further pressure on their profitability is reflected in the declining prices of their stocks.

Third, nonbank financial companies could also be affected. These entities now play a greater role in the financial system than before. But since their appetite for continuing to provide credit during a deep downturn is untested, they could end up being an amplifier of stress. For example, a sharp correction in asset prices could lead to large outflows in investment funds (as seen early in the year), possibly triggering fire sales of assets.

Fourth, while conditions have eased in general, risks remain for some emerging and frontier markets that face more urgent refinancing needs. Their debts’ rollover will be more costly should financial conditions suddenly tighten. Some of these countries also have low levels of reserves, making it harder to manage portfolio outflows. Credit-rating downgrades could worsen this dynamic.

Countries need to strike the right balance between competing priorities in their response to the pandemic, being mindful of the trade-offs and implications of continuing to support the economy while preserving financial stability.

The unprecedented use of unconventional tools has undoubtedly cushioned the pandemic’s blow to the global economy and lessened the immediate danger to the global financial system—the intended objective of policy actions. However, policymakers need to be attentive to possible unintended consequences, such as a continued buildup of financial vulnerabilities in an environment of easy financial conditions. The expectation of continued support from central banks could turn already stretched asset valuations into vulnerabilities—particularly in a context of financial systems and corporate sectors that are depleting their buffers during the pandemic. Once the recovery is underway, policymakers should urgently address vulnerabilities that could sow the seeds of future problems and put growth at risk down the road.

A sustainable industry for all Europe’s citizens