WASHINGTON, USA – The following is the opening remarks at the UN event on financing for development in the era of COVID-19:

Let me start with a simple fact: We will end 2020 with a smaller global economy than at the start of the year; 170 countries, almost 90 percent of the world, will be worse off.

Of course, this downturn is anything but simple. The COVID-19 crisis is first and foremost a human tragedy, and it is more complex, more uncertain, and more severe than anything we have seen in living memory. In April, the IMF projected global output to shrink by 3.0 percent this year. Recent data releases suggest the global contraction maybe even worse than that. We do expect partial recovery in 2021, and highly value the decisive actions taken by policymakers around the world to stabilize the economy.

In my intervention today I will focus on three questions: What are the global financial conditions for coping with the crisis? How do they affect emerging markets and developing countries? And how is the IMF helping its members?

But we are not out of the woods yet. Financial conditions remain dependent on uncertain economic and health developments, and countries are now facing the prospect of rising bankruptcies, which could affect banks, particularly those with weaker buffers.

To counter the impact of the crisis and support recovery, we advocate continued fiscal support, especially for workers and small and medium-sized enterprises. Globally, fiscal actions so far amount to about US$9 trillion and significant further efforts will be needed in the months ahead.

Let me move to the second question – how is this crisis impacting financial conditions in emerging markets and developing economies?

At the outset of the crisis, in just two months investors pulled more than US$100 billion out of emerging markets—more than three times larger than during the global financial crisis.

A massive increase of liquidity by major central banks and the provision of swap lines for some emerging economies helped reverse this trend.  Emerging economies with sound fundamentals have benefited from easier global financial conditions and many have returned to international markets. In April and May so far, emerging market sovereigns have raised some US$77 billion from new debt issuance, mainly driven by investment-grade sovereigns, underscoring the importance of strong policies for resilience.

Countries with weaker fundamentals, especially those with high debt levels, with dependence on hard-hit sectors, or affected by conflict, are suffering and market access remains difficult, or impossible. From commodity exporters in Sub-Saharan Africa to the tourism-dependent small island economies in the Caribbean and elsewhere, 2020 is expected to result in their worst GDP growth outcome in decades, and a large decline in per capita income. It is paramount to focus on this group of countries to make sure they get all the support needed: to ensure debt sustainability; to access financial lifelines – with emphasis on access to grants and concessional financing, and to retain their focus on improvements in conditions for private sector-led growth.

Which brings me to the third question —the IMF’s crisis response.

We have been working 24/7 to support our member countries—leaning into the crisis with full force and commitment.

We are at the service of our members to fight the crisis and underpin sustainable and inclusive global recovery. After the global financial crisis our shareholders had the wisdom to quadruple the Fund’s lending capacity to US$1 trillion, and we are ready to use this capacity to the fullest, working together with all of you.

The best memorial for those who lost their lives in this pandemic is to build a more resilient and prosperous world. 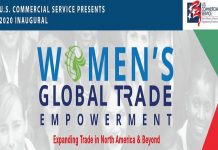 IDB – Esri to combat COVID-19 in Latin America and the...