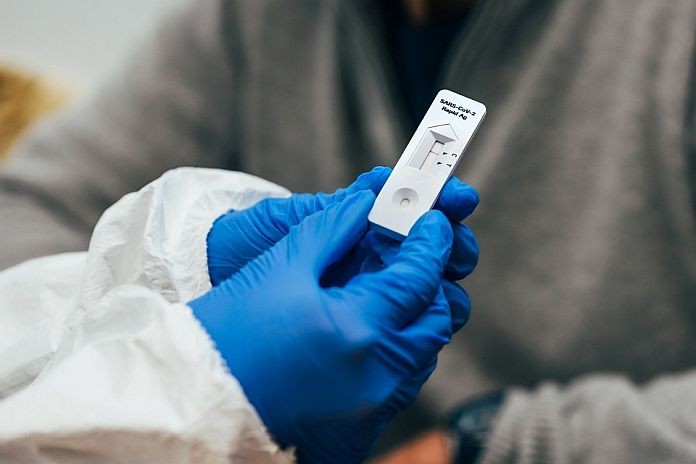 LONDON, England – The first UK-manufactured rapid tests – otherwise known as lateral flow devices or LFDs are being rolled out to universities across England, as the government continues to back companies and technologies working to help break chains of COVID-19 transmission, these new tests will bolster efforts to detect asymptomatic cases of COVID-19, and support more than 370 jobs in the Midlands.

Produced by Derby manufacturer, SureScreen Diagnostics, this LFD generates a result in under 15 minutes and is officially the first British test to be validated in a laboratory by Public Health England (PHE).

“The rollout of the rapid assisted tests began in universities in August, and is set to help protect thousands of students as the new term approaches. In preparation for their launch, SureScreen tests have been used in certain wider public sector supervised settings in recent months, including prisons and daily contact testing settings. The company currently has the capacity to manufacture approximately seven million tests per week, with plans to increase this to 14 million per week by the end of December, strengthening the government’s procurement strategy while supporting British innovation,” said, department of health and social care.

Health and social care secretary, Sajid Javid, said: “ Whether it’s an F1 company developing ventilators for hospitals, our academics developing lifesaving vaccines or a pioneering manufacturer producing lateral flow tests, British innovation and ingenuity has been everywhere you look during this pandemic.

“Our testing programme has already helped us reclaim many of our lost freedoms and it will continue to be at the heart of our efforts, through the Winter Plan, to keep this disease at bay in the colder months to come.”

Chief executive of the UK Health Security Agency (UKHSA), Jenny Harries, said: “Testing – along with vaccines – is one of our first lines of defence against COVID-19 and in the months ahead rapid tests will keep fortifying these defences, as thousands of university students use them to check whether they are infectious and likely to transmit the virus, all at lightning speed. As we return to a more familiar way of life, testing, and isolating when necessary, remain a vital way of controlling the spread of the virus and protecting one another.”

SureScreen tests, which have been partly assembled by Omega Diagnostics in Alva in Scotland, will form an essential part of the government’s rapid testing programme which has made free LFDs available to everyone in the UK. The government confirmed the extension of free testing as part of the Winter Plan outlined by the prime minister last week.

“Around one in three people with COVID-19 do not experience any symptoms and may be spreading the virus unwittingly. Rapid testing detects cases quickly, meaning positive cases can isolate immediately. A negative LFD taken within the previous 48 hours can be used as certification for the NHS COVID Pass app, along with full vaccination or a negative PCR test. The partnerships struck by government with companies such as SureScreen also supports the wider resilience of the UK’s diagnostics industry which, from a standing start at the beginning of the pandemic, is now at its largest size in UK history,” said, department of health and social care.

“All LFDs used in the national testing programme have undergone rigorous clinical evaluation and are a vital tool in helping to identify cases of COVID-19, including variants of concern. The tests have been proven effective at detecting high viral loads and registering an appropriate positive result. This means they are able to identify people who are likely to be the most infectious,” the release concluded.