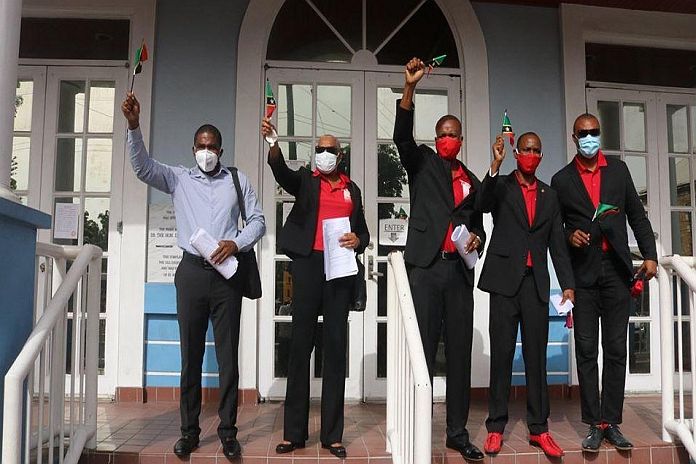 Following the June 5, general election in St Kitts and Nevis, Team Unity Movement led by Dr Timothy Harris accumulating 9 out of 11 seats; and “barring a couple of hiccups, the general elections of 2020 went smoothly, and reflected the will of the people,” Dr Harris said. “It was testament to your maturity that our democracy continued to work effectively despite and during these unprecedented times in which we are living.” 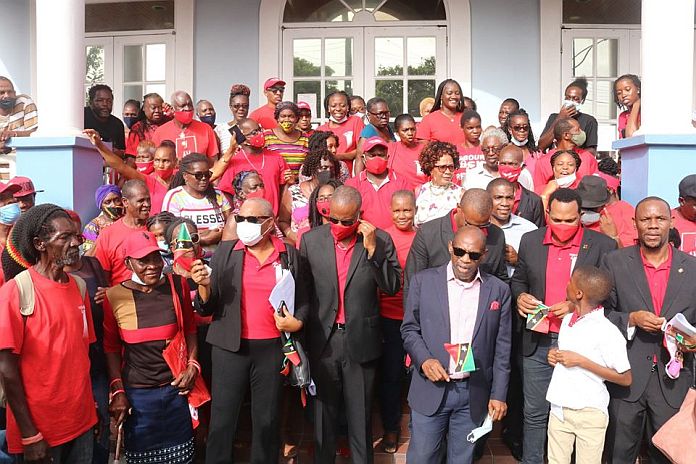 The national political leader of the SKNLP, Dr Denzil L Douglas told a large gathering of supporters from the steps of the Sir Lee Llewellyn Moore Judicial and Legal Services Complex that the party’s agents reported that there was massive cheating in the conduct of the general elections held during a State of Emergency and COVID-19 conditions.

“We have found from the evidence that there was massive corruption. There was inducement, bribery, bribery in a massive way, using assets of the government, assets belonging to you the people being used to bribe the electorate, and the voters to vote for them,” said Dr Douglas.

“These are serious matters that we believe could have affected the outcome of the election and thus we are asking the court to look at the evidence, to look at the petitions of our candidates and determine whether or not those who were returned were fairly and justifiably returned, and if not, quash the returns of the Returning Officers and if we do not have our candidates appointed instead, then we would have a new election.

“So today, we say to you the people, that the government headed by Dr Harris is illegal, it is illegitimate, we are asking for new elections, fair elections to elect the members of our parliament. We also want to make it clear, that there were no serious observers during the elections, they did not want any international election observers to monitor the elections.

“Dr Harris told the OAS and Commonwealth observers that if they came they would have to be quarantined for 14 days and by that time the elections would have been long gone,” Dr Douglas told the cheering crowd. He emphasized that the June 5 elections “were fraudulent, the government is illegal and we want fresh elections in this country.”

The Church and domestic violence