GEORGETOWN, Guyana, (DPI) – The Guyana Defence Force (GDF) signed an Acquisition and Cross-Service Agreement with the United States Department of Defense. The Agreement will facilitate reciprocal logistical support between the two countries that caters for combined exercises, deployment, training and other cooperation efforts.

GDF Chief-of-Staff, Brigadier Godfrey Bess and Commander of the US Southern Command, Admiral Craig Faller signed the agreement at a ceremony held under the Baridi Benab at State House.

“These threats if left unattended, can erode national security and undermine regional stability. The Guyana Defence Force then looks increasingly to cooperation as means of improving the responsiveness to natural disasters and transnational criminal threats,” Brigadier Bess said.

Meanwhile, Admiral Faller noted that the Agreement strengthens military to military security cooperation between the two countries. He said it streamlines how the two militaries will exchange goods and services.

“When we think of logistics, basic things like parts or food or fuel and our ability to trade goods and services while exercising or operating together is important so what this does is that it lays out that framework. So, when we do need to share fuel or food or fundamental things that are important to military forces working together [we] can do that very efficiently.”

Admiral Faller reiterated that focus would be placed on transnational criminal organisations that undermine democracy. He said cooperation between the two countries is the only way the to overcome those challenges.

The Agreement is the second of its kind to be signed between the two countries since the PPP/C Government took office. Back in September, Guyana and the United States signed a Shiprider Agreement which enables joint maritime and airspace patrols to interdict narcotics. It also provides mechanisms to streamline communications between law enforcement officials of Guyana and the US to conduct operations at sea and expedite overflight clearances for law enforcement aircraft when combating drug trafficking.

On January 9, the GDF in collaboration with the US Coast Guard conducted the first of a series of joint exercises offshore Guyana under the Shiprider Agreement. The exercise focused on illegal, unreported and unregulated fishing. 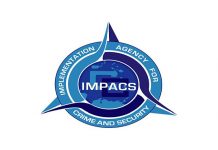 CARICOM IMPACS – SAS to reduce gun violence in the Caribbean 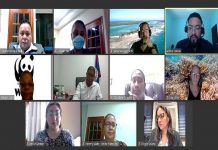 The View from Europe: Who will deliver the structural changes the pandemic...