Grenada’s quick and decisive action to investigate “illegal discounting of investment amount for application under section 11” received commendation by many in the industry; moreover, with the emphasis that based on findings this could lead to revocation of CBI approved status for the offending project given the developer was actively and “aggressively” inducing such behaviour. 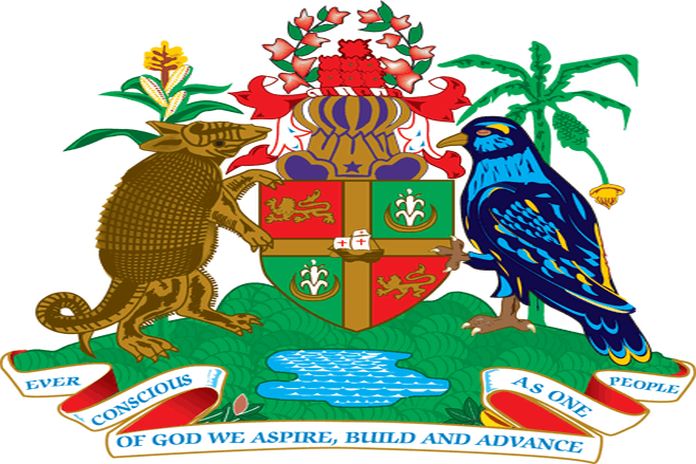 The Grenada CBI circular affirmed that “this could include the revocation of approval,” and further, “any buyback or rebate prior to the said statutory 5-year holding period is illegal,” thus upholding a reputation of not tolerating illegalities having cancelled the notorious CBI-approved shrimp-farming project Grenada Sustainable Aquaculture (GSA).

In February 2017, a CBI registered company called Grenada Sustainable Aquaculture (GSA) launched the Zero-Water Exchange Sustainable Organic Shrimp Farm. The project was expected to specialise in the production of shrimp in a socially and environmentally friendly manner, that is, free of antibiotics, chemical additives and enzymes, and was expected to be operating in Bocage, St Mark.

The government of Grenada subsequently launched an investigation. “We are now investigating, and we are seeking the support from our friends regionally and internationally to deal with the proprietors of that particular project because we know that through the programme, they have collected significant sums of money,” prime minister Dr Keith Mitchell disclosed last year. “They have not done the investment and because of that, we have made some changes to the conditions of people receiving money from the CBI programme. We are making sure it goes into escrow accounts and they have to account for it on a regular basis with the government having oversight. Some of them don’t like it, but we have to protect the name of the country,” he said.

Now more than ever, Caribbean governments need CBI to deliver for their respective countries and citizens – whether through direct contribution to the relevant island’s treasury or the direct economic impact generated from the development activity of private sector projects.

Industry insiders and respective governments applaud the government of Grenada and CBI chief executive officer, Clouden, for their bold and decisive measures.

“Your actions could be responsible for significant economic upliftment across the Caribbean than you ever imagined,” a well-known and respected developer noted. “These illicit practices have been diverting money away from Caribbean governments and legitimate real estate projects for too long. This is one of the reasons that the Caribbean is littered with half-built CBI projects, conceivably, never any intent to complete. The inaction of those responsible is self-explanatory.”

In recent years, applicants, agents, and governments have been placed at high-risk on account of clever schemes that leave many legitimate applicants vulnerable to the economic benefits of investments, second citizenship and visa-free travel to over 130 countries.

Some of the allegations of abuse and malpractice in the CBI real estate programme have been dismissed by a few governments as “unfounded and politically motivated” while attempts to clear the air has been unsuccessful. The former prime minister of St Kitts and Nevis Dr Denzil Douglas during an interview with Gulf News in Dubai said, “If I return to power I will revoke the citizenship of any applicant who is found to have underpaid for the CBI programme via the real estate route.” Dr Douglas was unsuccessful in the June 5, 2020, general elections.

The Saint Lucia Labour Party (SLP) has vowed to review every citizenship approved by the government of Saint Lucia.

“Without any hesitation, when the labour party resumes office, we will reinstate the net worth requirement and will undertake another due diligence assessment on each and every application granted under the United Workers Party (UWP) with our promise to revoke any passports of applicants, who do not meet the $3 million net worth requirement or does not meet the strict due diligence requirements which Saint Lucians expect. Applicants applying for citizenship in Saint Lucia should be warned that when the SLP is returned to office, we will also demand that all citizens who did not donate the full contribution amount of USD 200,000, will be compelled to top up the contribution that they made at the time of becoming citizens. For the sanctity of our citizenship, we do not tolerate any applicants who do not meet the first-class standard that we expect from individuals seeking citizenship in Saint Lucia.”

The Caribbean continues to experience a surge in demand for its CIP programme, the benefits of dual nationality, a second passport, visa-free travel, investments, and wealth planning. With the advent of COVID-19, CBI participating Caribbean countries have facilitated half-priced COVID-relief bond, family reunification/qualifying dependent changes and temporary reduce contributions to the programme. This is a further opportunity to impact work, family, economic viability and much need capital investment in the Caribbean, changing lives, improving infrastructure, and a direct source of foreign exchange.

CBI has significant present and future economic fortunes for the Caribbean and every effort must be made to protect its credibility and viability.

Grenada continues to take the lead with the principles of natural justice against “agents that were manipulating CBI citizenships at way below government-authorized rate structures under the real estate option,” said Sam Bayat, chief executive officer of Bayat Group. And meantime, “there is not a unified framework within the Organisation of Eastern Caribbean States (OECS) to root-out fraudsters and agents jumping from one island to the other practicing their craft, participating CIP countries must do a better job at enforcing CIP legislation and the rule of law.”

Key to this are applicants that under-pay and/or succumb to the frenzy of discounts/schemes by agents and eventually leads to defrauding governments of much-needed revenue, while a small section of agents escapes penalty living happily ever after.

“We are now investigating, and we are seeking the support from our friends regionally and internationally to deal with the proprietors of that particular project because we know that through the programme, they have collected significant sums of money,” said Bayat. And given his legal background recommends “the need for [Caribbean] citizens and industry professions to call to account and voice their disapproval at fraudulent activities detrimental to the industry, with remedial action.”

“For example, many years ago, in the 80s and 90s, Canada had to modify and centralized its FIIP (federal immigrant investor program) because of massive fraud with private funds. Many private and approved investment funds, for example, Saskatchewan government growth fund, the administrators misused funds and at the end of the term (in those years it was three years) immigrant investors were only partially paid back,” Bayat referenced.  He recommends “that Caribbean governments must do the same. Citizenship investment units (CIU) are to collect all investments and fees. Once all payments are in order, only then the CIU will disbursed payments as pre-set schedules.”

Grenada has shown what can be done to stem the practice of defrauding governments of much-needed revenue with stern leadership. However, further to ongoing investigations the implementation of remedial measures are paramount.

“Governments and CIP units need to carry out a better audit of the money trail to ensure that applicants pay the stated amounts prescribed by CIP legislation,” Bayat recommends, “there is need to create a board of shame for participants of fraudulent CIP schemes and to revoke agents licence and operations in a unified OECS framework,” he added.

In consideration of personal and asset security, wealth contingency planning, rights, freedom, and protection; becoming a citizen in the Caribbean jurisdiction is a relatively straightforward option. To explore credible opportunities visit Grenada.

Grenada’s CBI: Best value for money in the Caribbean