ST GEORGE’S, Grenada — Grenada is simplifying its Citizenship-by-Investment processing procedures and consolidating its position as the most sought-after program in the Caribbean. According to a statement from the unit, the move to a two-step system will represent a ‘significant enhancement’ for the program.

The first step for potential investors is to produce eleven key documents, including passport, marriage certificate, proof of funds, bank references, among others, which can be used for pre-screening candidates before final applications are lodged. While the formal processing does not begin until the application is fully completed and all fees paid, the aim is expected to cut down on unnecessary delays.

The unit has also moved to make the required documents more responsive to local customs, and less draconian on specific wordings. For example, confirmation of address need no longer be solely proven by a utility bill, but can also be confirmed by a letter from a landlord; a family book for Arab families can be used as a substitute for a marriage certificate.

These are just the latest enhancements to Grenada’s CBI program. The unit is also preparing to automate most of its work using application processing software.

“We are in the process of finalizing software enhancements to deal with the whole process electronically, said Percival Clouden, chief executive of the CBI Unit, in an interview with IMI Daily, an industry newsletter. “Within the next month, we should be well on our way to near-total digitalization, and we expect the system to be online and fully functional by January.”

Earlier this year the country changed the definition of a “dependent” and made changes to the real-estate options, opening the possibility of co-investment and reducing the minimum investment in real-estate from US$350,000 to US$220,000, where the developer invested a minimum of 20 percent equity in the project. The unit also announced strict documentation requirements to avoid the illegal discounting that has been alleged to take place in other jurisdictions in the region. 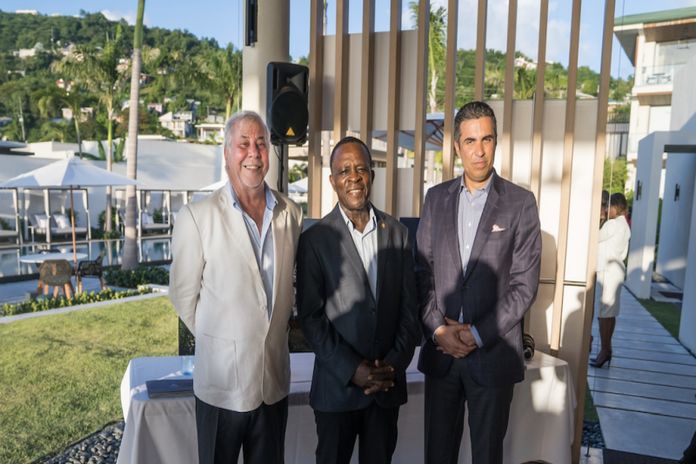 One of the first projects to take advantage of the new legislation is Range Developments’ Six Senses La Sagesse, Grenada, with a groundbreaking ceremony taking place on Friday 23 August. The resort property will be built on a promontory in Saint David’s Parish, an unspoiled area of remarkable natural beauty boasting ‘one of the top ten beaches in the Caribbean’ according to The Sunday Times.

“Grenada’s citizenship-by-investment program is proving very popular with investors,” said Mohammed Asaria, managing director of Range Developments. “These tweaks to the program including enhanced processing will only make it more desirable.”

Grenada’s CBI program is the only one in the Caribbean that offers visa-free access to China, as well as to the UK and Europe’s Schengen Area, and is the only one that holds an E-2 Investor Visa treaty with the US, allowing citizens to be eligible to apply to the US for a non-immigrant visa.

These significant enhancements to Grenada’s CBI program are expected to reinforce its appeal and make it more attractive than ever for potential investors. These changes will ensure efficiency but will not compromise the integrity of the due diligence process in any way. This has been stressed by the government of Grenada at the highest level.