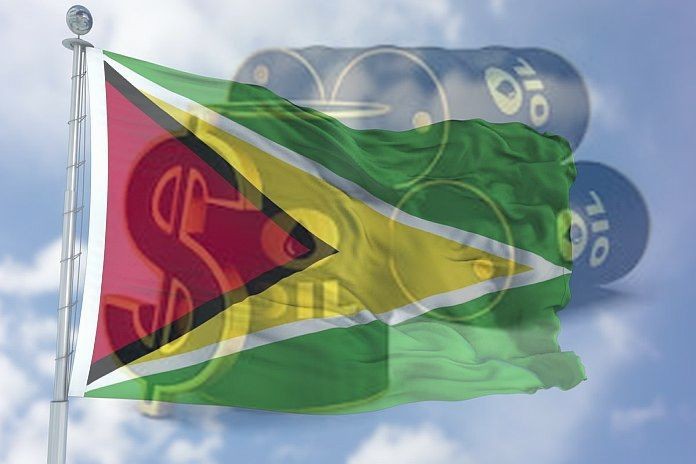 GEORGETOWN, Guyana, (DPI) – His Excellency, Dr Mohamed Irfaan Ali said the National Resources Fund Bill 2021, will strengthen transparency, allowing any withdrawals from the nation’s Sovereign Wealth Fund (SWF) to be thoroughly scrutinised, and that the proposed amendments will remove the “extraordinary powers” that were previously vested in the minister of finance.

“The new Bill drastically reduces the powers, functions and responsibilities of the minister. It introduces a board of directors; and grants the board almost all of the powers previously vested in the minister of finance.

He said the previous Act was “unconstitutional and illegitimate”, explaining that its contents are clothed with flaws which had to be rectified.

“The new Act was passed without any input or involvement by the then parliamentary opposition members who were not present in the National Assembly when the act was passed. […]”

President Ali explained that the previous Bill was severely deficient with no governing body. Such component, he added, is essential according to the Santiago principles. The Santiago principles promote transparency, good governance, accountability and prudent investment practices, whilst encouraging a more open dialogue and deeper understanding of SWF activities.

“The absence of a board of director in the old Act, compounded by the excessive power, roles and responsibilities that were vested in one individual – the minister of finance. […] So, we sought to remove that in a new Act.”

Accordingly, Dr Ali asserted that the present Act did not provide a proper mandate to guide the investment of funds.

The new Bill will see the finance minister publishing clear and detailed information of all revenues and receipts in the national gazette within a three-month period. The details will also be tabled in the National Assembly.

“Unlike what took place under the previous government – the $18 million signing bonus – the minister of finance now has to publish in the gazette within three months all revenues, all receipts, that come into the funds, every single cent has to be published. If he does not do this, the consequence will be three to ten years imprisonment.”

The amended Act will also simplify the calculation that will inform withdrawals from the fund.

He said funds will only be spent once approved by Parliament. The motive, the president underscored, will allow members of the House to carefully scrutinise the oil money. All projects to be financed by the oil funds will be subjected to reviews by the auditor general.

President Ali has promulgated that the vision of the PPP/C government is to transform the landscape of Guyana. It is against this goal that the administration plans to utilise the fund to accelerate infrastructural transformation by way of providing improved roads, drainage and recreational facilities. There will be additional street lights installed to boost security nationwide.

“We have already laid out what those transformative projects are, at the national level, at the regional level and at the community level. I have spoken time and again on our future not resting only on oil and gas,” the president stated.

He outlined his administration’s continued push to make the non-oil sector competitive. As promised in the manifesto, the president also spoke of the government’s drive to create a world-class health and education facility.

Additionally, the PPP/C government is advancing its efforts to deliver some 50,000 house lots to Guyanese during its first tenure in office.

“And this is the type of investments we are making, investments that will change our country, change the prospects for our people,” the head of state emphasised.

The government is set to debate the NRF Bill in the National Assembly on Wednesday, December 29.