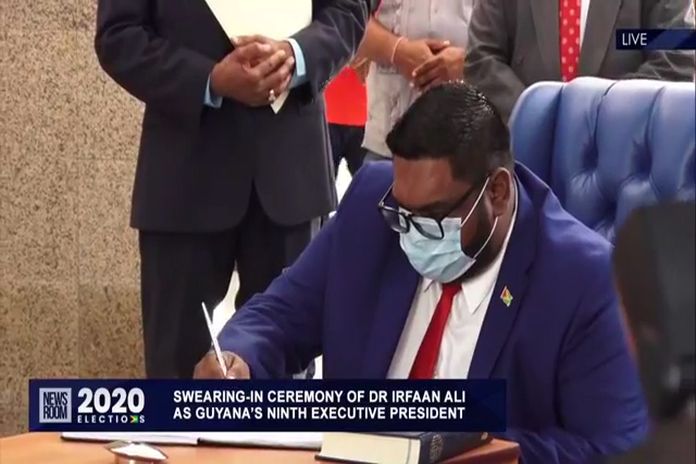 Anil Nandlall, who previously served as attorney general, has returned to his form position; while Gail Teixeira has taken up the post as minister of parliamentary affairs and governance.

Dr Irfaan Ali in his inaugural speech said he is committed to the prospects of unity under the new People’s Progressive Party government said, “we will not disappoint you.”  Mindful that the  Peoples Progressive Party Civic (PPP/C) won the March 2 elections with 233,336 votes, said: “We thank you sincerely for your confidence and your trust but you will know that in voting for the PPP you’ve elected a government to serve all the people of Guyana and that is what we will be doing,” Dr Ali added. “We are in this together, we are not separated. You will have a government that is accessible and one that will be more than willing to share with you information as we work on building our Guyana in the interest of all,” he affirmed. 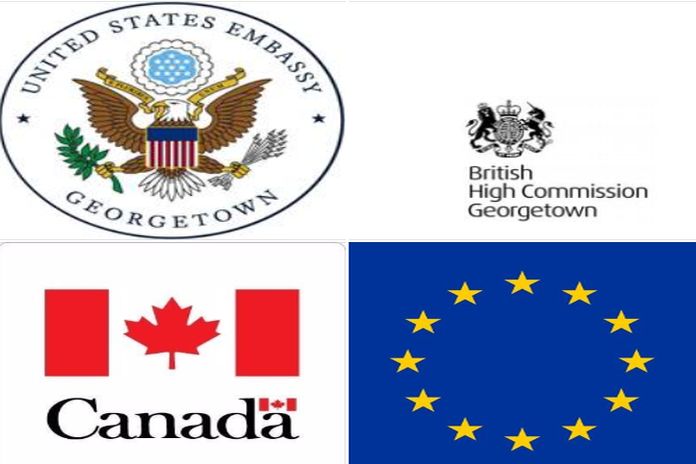 Meanwhile, a joint statement from the ambassador of the United States of America, H.E. Sarah-Ann Lynch, the British High Commissioner, H.E. Greg Quinn, the Canadian High Commissioner, H.E. Lilian Chatterjee, and the ambassador of the European Union, H.E. Fernando Ponz-Canto, congratulate the people of Guyana and the Guyana Elections Commission for bringing to a peaceful and orderly conclusion the 2020 elections.

“We congratulate the People’s Progressive Party/Civic (PPP/C) on its electoral success and Mohamed Irfaan Ali on his swearing-in as president of the Cooperative Republic of Guyana. We thank president David Granger for accepting the results as befits the dignity of his office. We thank all the political parties, technical advisors, and all observers – international and domestic – who participated in the electoral process. We thank GECOM chairwoman Claudette Singh for having the courage of her convictions to uphold Guyana’s Constitution.

“We look forward to working with president Ali and his government as it confronts many immediate challenges, including the need to address the social and economic fallout from the COVID-19 pandemic and the development needs of Guyana’s people. We also look forward to seeing this government at its outset reach across political divisions to unite Guyanese of all ethnicities, races, and regions, around meaningful progress on constitutional reform and reconciliation.

“As friends of Guyana, we look forward to working with all to continue to support Guyana’s development for the benefit of all its people.”