In Part I of this series, I examined Venezuela’s recent sabre-rattling moves against Guyana, while in the subsequent article I addressed the high stakes involved for the two countries. With this as background I turn now to a key arena where the controversy is playing itself out: the International Court of Justice (ICJ), popularly called the World Court. But it’s important to ponder a preliminary question: Why did Venezuela wait 63 years after the 1899 Award was issued to contest its validity? It did so in 1962.

Why Wait So Long?

The Memo outlined an “Action Program for British Guiana” that included contingency plans for “actions that could be taken to hamper or prevent a communist takeover in British Guiana.” Interestingly, there was a Plan B: “Encourage Venezuela and possibly Brazil to pursue their territorial claims. This could result in an indefinite delay of independence.”

Ambassador Da Silva recalls some of the Cold War geopolitical flashpoints in the neighbourhood at the time. In 1959, Fidel Castro had succeeded in overthrowing the American-backed Fulgencio Batista dictatorship and established the Cuban Revolution; in 1961, the US-backed Bay of Pigs invasion of Cuba ended in disaster, and later that year Castro declared Cuba a socialist state and announced his alliance with the USSR. Moreover, in 1962 the Cuban Missile Crisis almost witnessed the launch of a nuclear war between the USA and the USSR.

As well, Venezuelan domestic politics played a role. The US-backed Betancourt government was losing support, and two Cuban-backed guerilla armies had launched an insurrection to overthrow Betancourt’s government. Venezuela hosted massive American corporate investments, notably in petroleum and minerals. In 1961, to protect American investments and defeat the growing influence of Cuba and leftist forces in Latin America, pesident Kennedy visited Venezuela and launched the US$20 billion Alliance for Progress to support land reform, strengthen democracy, and develop industry and agriculture, among other things.

I agree with the retired diplomat that it’s a fair assumption that presidents Kennedy and Betancourt would have discussed the situation in then British Guiana, where the left-oriented People’s Progressive Party (PPP) had won elections democratically in 1953, 1957 and 1961, and had formed a strong friendship with Cuba. Developments in Guyana prompted the US to finance destabilization measures in 1962 and 1963 to remove Cheddie Jagan’s government to prevent the possibility of “a second Cuba.”

Da Silva hopes that “This Rusk to Kennedy revelation should put an end to the contention that there is a legitimate dispute or controversy about the Essequibo.” I doubt this will happen, though; Venezuela has invested too much national pride and passion for too long to just walk away because of exposure to the Cold War Memo.

Battle before the World Court

Much to Venezuela’s chagrin, the matter is now before the ICJ. Interpretation of the 1966 Geneva Agreement, signed by Britain, Guyana, and Venezuela, has been a bone of contention regarding settlement of the controversy. Venezuela long has preferred a political settlement. In their March 2018 Memorandum to the World Court, they emphasized that “the Geneva Agreement requires a settlement be amicably reached through a practical, acceptable, and satisfactory solution for both parties.”

Venezuela argued that recourse to adjudication, including the ICJ, requires a special agreement that refers the case to the Court. As such, in April 2019, they confirmed to the Court their non-participation in the written proceedings but explained that “out of respect for the Court and in accordance with the precedents,” they will provide the Court with information to enable it to fulfill its duty in keeping with Article 53.2 of its Statute.

For its part, Guyana views the ICJ as the last resort mechanism. The Mixed Commission and the various UN secretary-general good offices efforts, pursued under the umbrella of the Geneva Agreement, had failed over five decades. So with green-lighting from secretary-general Ban Ki-moon and his successor António Guterres, Guyana filed its application to the ICJ in March 2018.

Guyana sought the Court’s judgement in five areas. First, to find that the 1899 Award is valid and binding upon the two countries and that the boundary established in 1899 and by the 1905 boundary agreement also is valid and binding on them. Second, to find that it enjoys full sovereignty over the territory between the Essequibo River and the boundary established by the 1899 Award and the 1905 Agreement, and that Venezuela enjoys full sovereignty over the territory west of that boundary. Third, Guyana asked that Venezuela be ordered to withdraw immediately from and cease its occupation of the Guyana part of the Island of Ankoko.

The Guyanese application also asked the Court to have Venezuela refrain from threatening or using force against any individual or company licensed by Guyana to engage in economic or commercial activity in Guyanese territory as determined by the 1899 Award and 1905 Agreement, or in any relevant maritime areas. Finally, the Court was petitioned to declare that Venezuela is internationally responsible for violations of Guyana’s sovereignty and sovereign rights, and for all injuries suffered by Guyana as a consequence.

Under its rules, the Court first needed to consider whether it could exercise jurisdiction in the matter before deciding on the merits of the case. In a 12-4 ruling in December 2018 the Court decided that it did, indeed, have jurisdiction to consider Guyana’s application.

The ruling was a significant victory for Guyana. However, the Court also ruled unanimously that it lacked jurisdiction to consider Guyana’s request related to events that occurred after the Geneva Agreement was signed in 1966. Predictably, Venezuela repudiated the ruling and legislators there launched an initiative to amend articles 10 and 11 of the Constitution “in order to ratify that the Essequibo territory is ours.”

The ICJ’s December 2020 judgment clears the way for it to proceed to the substantive matter. This past March 8, the Court gave Guyana until March 8, 2022, to submit its Memorial, the formal presentation of the case, and Venezuela was given until March 8 of 2023 to submit its Counter-Memorial. The Court is expected to take two to three years after the Venezuelan submission to render its decision.

As might be expected, the litigation costs were expected to be huge, although Guyana could not know the extent of the costs when the legal journey began. And, according to a senior Guyana government official, as of March 2021, Guyana still didn’t know the likely full costs, which is understandable. ExxonMobil had given Guyana a US$18 million signing bonus in 2015 for its oil pursuits. Guyana set aside US$15 million of the bonus to help fund the legal battle. In 2018 Guyana’s national Assembly approved US$4 million of the US$15 million to launch the legal battle that year.

At the end of the year, foreign minister Greenidge reported that about US$3.7 million of the US$4 million had been used. The month after taking the matter to the ICJ, Foreign Minister Carl Greenidge cautioned the nation that the US$15 million might be insufficient, as the country lacked the requisite legal and allied skills locally and needed to source expertise internationally.

Guyana’s team involves legal luminaries from Guyana, Britain, the United States, Belgium, France, and Canada. Interestingly, Carl Greenidge, the respected foreign minister in the previous government, was retained by president Irfaan Ali as an advisor on Borders and Agent to the ICJ – a smart, pragmatic move.

So, the battle before the World Court is joined. Guyana has reason to be optimistic about victory. My hope, though, is that the authorities in Georgetown will be prudent and consider contingencies in case victory eludes them. Defeat at the ICJ doesn’t necessarily mean losing the Essequibo territory. But a decision short of affirmation of the validity of the 1899 Arbitral Award will present new challenges for the world’s newest petrostate. One thing is sure: the saga over Venezuela’s challenge of the Arbitral Award is far from over. 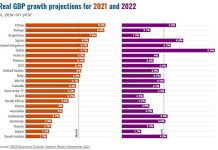 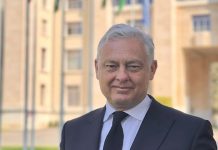