The United States believed the Afghan military would stand up to the Taliban, but over the years the Taliban has overcome Afghan forces in skirmishes in Afghanistan, and the Taliban showed its prowess when it conquered Afghanistan in the 90s.

On July 13, 2021, a month before the Taliban overran Afghanistan, ‘US embassy personnel apparently sent a cable’ to Secretary of State Anthony Blinken warning him the Afghanistan government was collapsing and an evacuation of Americans and Afghans should start immediately.

I agree with the decision to leave Afghanistan, but the execution of the withdrawal was terrible. What is astonishing is we did not have a contingency plan to protect the Kabul area by keeping troops in a perimeter around Kabul allowing for the evacuation of diplomats, American citizens and Afghans.

If needed, another 10,000, or 20,000 or more troops and equipment should have been available for evacuation duty.

When I was in the intelligence division on a combined Navy staff we always incorporated worst-case contingency planning.

We rushed an Afghanistan withdrawal without comprehensive contingency planning. We have to support the National Resistance Forces in northern Afghanistan by supplying arms and material, which might keep the terrorists off balance and thwart attacks against us.

The CUMSA trade deal should be Caribbean – Latin American inclusive 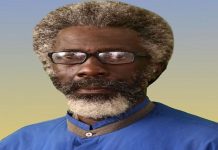 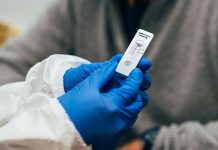