Roosevelt Skerrit, prime minister of the Commonwealth of Dominica, does not often respond to attacks from his political opponents and detractors, but when he does, he cuts deep within their entrails; the most recent being his utterances on the suitability of Lennox Linton, leader of the Opposition and political leader of the United Workers Party (UWP).

In Skerrit’s view, Linton is not fit to be the prime minister of Dominica because he is too lazy, he lacks prerequisite educational qualifications, he does not have the right temperament because he is too aggressive and belligerent, and he “does not care about people.”

Intuitively, supporters of Linton are livid and have launched a campaign to polish the image of their leader, often suggesting that a record of success at formal education is not as significant for the position of prime minister. A position that curiously contradicts the party’s position during the early 2000’s when it publicly criticized the then prime minister Pierre Charles as a “carpenter” prime minister, because he did not have a university degree, was perceived by the UWP as a lesser mortal than his peers in the Caribbean.

It is the view of this essay that Dominica is deep in a representation crisis, which transcends its borders. Actually, it is regional, and it is global. This crisis is characterized by the election of persons for key positions of political leadership whose values seem to conflict with what appears to be the dominant values of a society. There are striking examples of this political incongruence in the US, Philippines, and in Dominica.

Many wonder how it is that a leader who seemingly is “lazy” antagonistic and “unfriendly” who did not reach beyond secondary education, who consistently speaks on issues for which he is ill-prepared, who brazenly plagiarizes others’ work, who does not have a record of working for and on behalf of Dominicans in the last few crises for the island over the last five years, whose known record of seeking help for his constituents is limited to two requests to the minister of finance since 2014.

Linton publicly disrespects his colleagues and consistently has a kneejerk response of hostile criticism, untruths, and near treasonous activities to key government policies.  He is a ‘leader’ who has repeatedly and consistently displayed his ignorance of how government works, et cetera; and how he could have been elected by his party as a potential head of government of the Commonwealth of Dominica is incredible.

This reality and indeed, the broader representation crisis, could be explained by a narrow and limited understanding of space and consequently, a narrow conceptualization of the role and functions of a political leader. It appears that globally, populations often embrace very personal, local, and often partisan conceptions of the challenges for which they seek a leader. In so doing, they miss the interrelations among spatial phenomena and become incapable of conceptualizing leadership roles and functions that go beyond their immediate space.

Consequently, they seek a direct and personal benefit from a leader who will embrace an agenda that advances their own limited understanding of the world. For example, a leader who will build a road that passes in front their doorstep, will assign a garbage disposal truck expressly for their neighbourhood, or will pass laws that may resolve the gun violence issue in their district without much thought to the broader repercussions of that law.

This discussion of the representation crisis is too large for this paper, however. Instead, it may be possible to propose a framework within which we can better examine the observations of prime minister Skerrit and many Dominicans that Linton is unfit to be prime minister of Dominica. This frame will have the added broader purpose of a reference point to analyze the readiness of any leader in a small island developing state.

A key question for us here: What are the qualities that make a leader of a political party a “suitable” candidate for the position of prime minister of Dominica, a small island state?

The thing is, Dominica has not done well to sketch the ideal profile for its political leaders. We can refer to at least three recorded attempts to do so.

First, the constitution. Section 31 (2) C instructs that the candidate for election to the parliament shall be able “to read the English language with a degree of proficiency sufficient to enable him to take an active part in the proceedings of the House.” Section 32 of the constitution goes further. It lists disqualifying criteria for persons who wish to serve in the parliament, inter alia: Is certifiably insane; is a minister of religion; “By virtue of his own act,” has taken allegiance to a foreign power or state; is an “undischarged bankrupt;” is serving a death sentence or prison sentence for more than 12 months; has an interest in a government contract, etc.

Second, speaking circa 2014, former prime minister of Dominica and former leader of the UWP, Eddison James, indicated that key qualities for the position of leadership of a political party, and by extension, for that of prime minister are: The ability to raise resources, a household name, “education” and a “track record of doing things in the community.”

Finally, Skerrit’s assertions on Sunday, August 18, 2019: Education, industry, and temperament are key attributes for the position of prime minister of Dominica.

Each of these positions examines the issue of “suitability” for office from an agential perspective and none seeks to locate the issue of suitability in its context. The constitution stipulates the most basic step towards being literate:

The ability to read, never mind critical thinking skills. It is a 1978 document however, that was inspired by an earlier document of an earlier era: The West Indies Act of 1967. The global standards for literacy have since widely evolved.

The law therefore, is inadequate and imprecise on the subject of education and it merely flirts with that of temperament.

The position expressed by former prime minister James adds the dimension of resourcefulness but does not advance the discussion on the other elements built into the foundation laid by the constitution.

Similarly, in highlighting formal education and temperament as key attributes for a prime minister, Skerrit’s perspective seems to ignore the relevance of structure on those attributes and is consequently weakened by this omission.

Accordingly, the problem of using narrow private or partisan lenses to examine the readiness of our leaders for political office, especially for that of the head of government, persists because we have no valid and objective frame within which to analyze the readiness of these leaders.

This essay seeks to provide a framework that corrects this deficiency and hopefully, resolves the crisis. Key to shaping this frame is a discussion of the word “suitable,” or its synonyms. Suitability, after all, is a context-dependent concept. A plumber may be suitable for his work as a plumber but may not be adequately equipped to be the manager of his enterprise.

Central to any discussion on the ideal-type prime minister for Dominica or, indeed, any small-island developing state, is an understanding of the context in which the leader is required to function because leaders are selected to perform specific functions and tasks.

In part 2: A brief look at the context in which small island developing states exist. 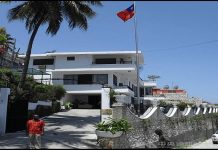 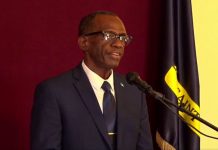 Dominica miraculous recovery must be protected