ROSEAU, Dominica – The Commonwealth of Dominica, located north of Martinique and south of Guadeloupe, is a small volcano island at 750 sq. km in area, 42 km in length and 29 km in width. (Roughly smaller than New York City). 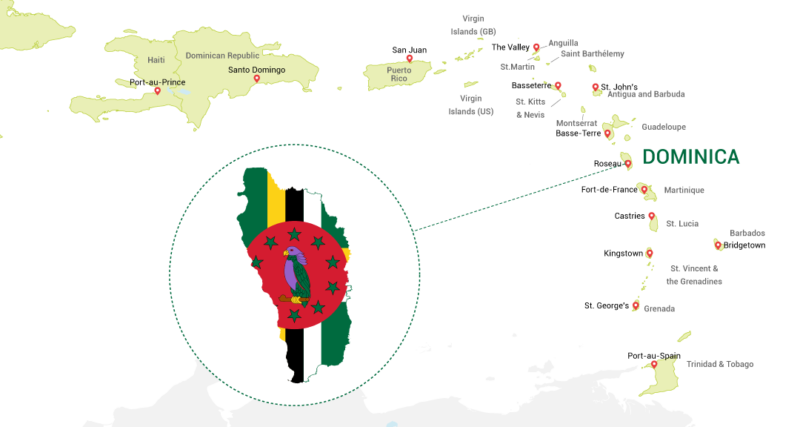 The country is the “Nature Island of the Caribbean” because of its lush mountainous rainforest which is home to many endemic animals and bird species. In fact, only 20 percent of the land is flat enough and suitable for development. Infrastructures are in the coastal regions which makes it vulnerable to strong winds and high seas.

After hurricane Maria in 2017, 80 percent of the population was affected and more than 90 percent of buildings were damaged and destroyed. This is not the first time a natural disaster almost completely wiped out a whole village. 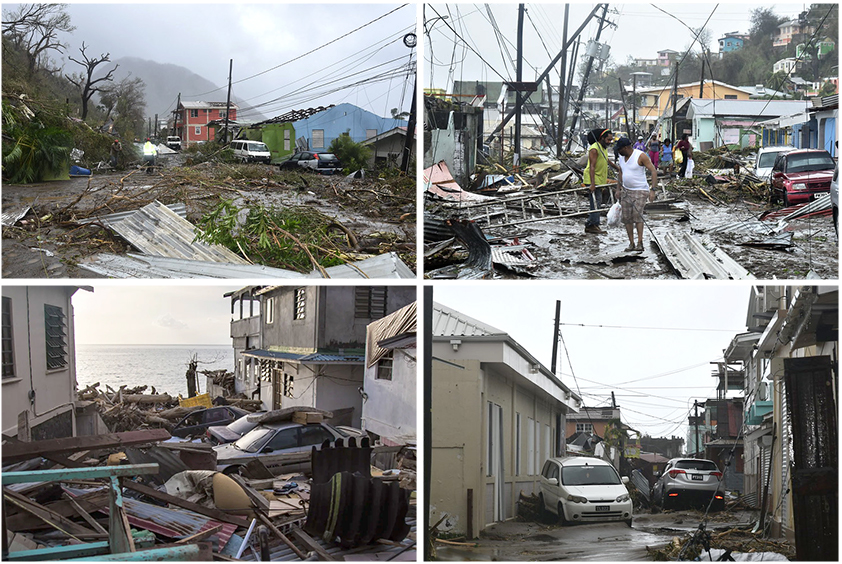 Prime Minister Roosevelt Skerrit speaking in a televised address said, “the extent of the devastation is monumental. We have, in essence, to rebuild Dominica… Floods swamped villages, destroyed homes and wiped out roads. Some communities are no longer recognizable.”

“That night, the waves were higher than the houses, higher even than the coconut trees,” Guadiosa Ytact, 49, a resident of Roseau, Dominica stated. “By morning, there was nothing left of my neighbor’s home on the seafront – not even a scrap of furniture. She was gone and so was her house.”

The city which was once a hidden gem of natural lush forests and tourism turned into a city of rubble and ruins overnight.

It was during that time when prime minister Skerrit addressed the United Nations General Assembly and declared ‘Eden is Broken’ – referencing Dominica. According to the prime minister, shelter is a basic human need that is connected to the health and wellbeing of the individual and the community. The government committed itself to establish the island as the ‘world’s first climate-resilient nation’, to promote and provide improved access to safe, healthy and affordable housing for all Dominicans as a major contributor to enhance social and economic development. 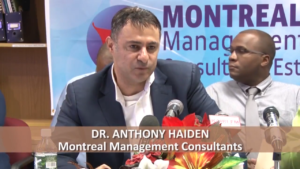 Skerrit called this movement the “Housing Revolution” which will transform the island and restore the lives of its people. The goal of the housing revolution is to build weather-resistant homes so that communities could better manage and survive adverse weather. He entrusted this endeavor to Dr Anthony Haiden of Montreal Management Consultants Est. (MMCE) to lead the development and construction of the projects.

“We have been working very, very hard ever since September 2015 to help Dominica recover and rebuild. We are not interested in merely building scattered homes, we are interested in creating an integrated community.” Dr Anthony Haiden stated in a contract signing ceremony.

All the housing projects under the Housing Revolution regime are aligned with the code of Build Back Better (BBB) which encourages the development of sustainable and resilient homes. Structures that can withstand hurricane and seismic disasters, reinforced concrete and roof structures that ensure water resistance and stability. Windows made of impact-resistant glass and solar water heating structures. 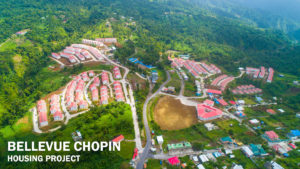 “We have altered and changed the details to further improve the resistance to ingress of water from external sources on balconies and verandas,” stated the project manager of MMCE, Chris Timmins. The team was able to gather crucial information after hurricane Maria hit the country while they were working on Bellevue Chopin Housing. It was because of this that Dr Haiden, Chris Timmins and the rest of the team were able to improve and enhance the way these projects would further be developed.

Furthermore, all housing projects under the Housing Revolution is completely funded by the country’s Citizenship by Invest Unit (CBIU), another program that the country is commended for. 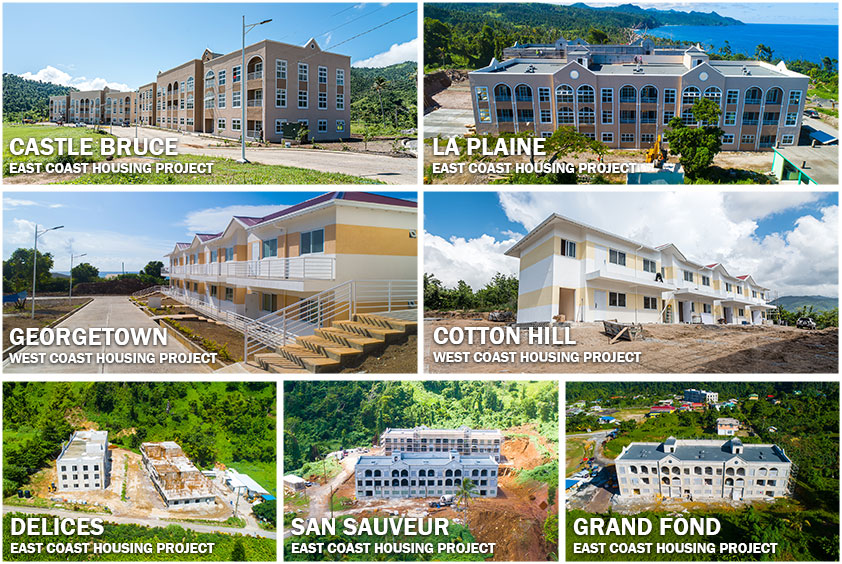 Dominica’s economic growth, both local and regional has also been positively affected by these developments. According to deputy prime minister Reginald Austrie, there are roughly 1,000 construction workers directly employed in the construction of the projects. This has created jobs and helped lessen the unemployment rate, which contributed to the country’s economic development.

As of October 2019, over 200 families are now residing across the housing developments. Residents are happy, secured, thankful and comfortable in their new homes.

“After the hurricane, I stayed in a shelter for a year and 3 months. I am thankful that I am in that house. When hurricane comes, I will not have any problem to go and run to a shelter. I have 3 children, they are safe now. We’re in a better place” – Mary Jane Baron

Another resident said, “Living in a shelter is not a very easy thing. One day it’s good, one day it’s bad. We started living here, it’s a very… I don’t even know how to explain. It’s too exciting! We have proper shelter and my grandma can move around. I am so happy. I feel more at rest with myself. I could live knowing my grandma is safe, my kids are safe.”

These housing projects are more than just a shelter for the Dominican people. Having a home they can call their own brought a sense of belongingness in their hearts and the confidence to say “Welcome back to Dominica.” “I am more comfortable in my country more than even years before.” 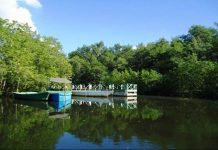