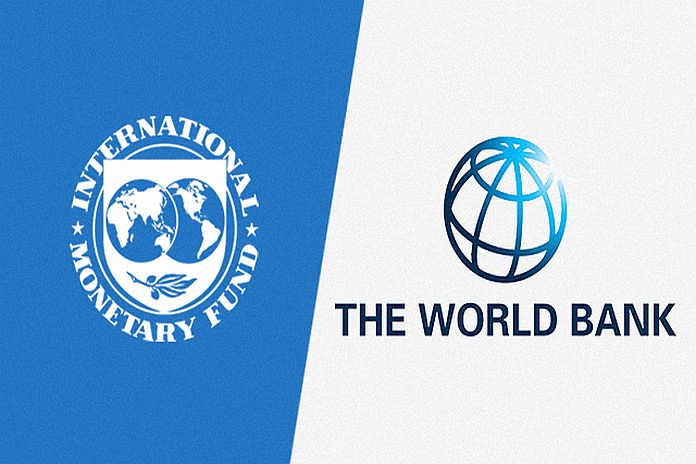 The COVID-19 pandemic continues to take an unprecedented human and economic toll, wiping away years of modest and uneven progress towards the Sustainable Development Goals (SDGs). Developing countries now need much more support as progress towards the SDGs was ‘not on track’ even before the pandemic.

By end-2022, average incomes are expected to be 18 percent below pre-crisis levels in low-income countries (LICs) and 22 percent less in emerging and developing countries excluding China – compared to 13 percent lower for developed economies.

These lower incomes will push hundreds of millions into extreme poverty and hunger, surviving on incomes under US$1.90/day. The World Bank estimates the poor increased by 119–124 million in 2020, and by 143–163 million more this year.

As the UN Secretary-General has noted, “richer countries have benefited from an unprecedented $16 trillion of emergency support measures, … the least developed countries have spent 580 times less in per capita terms on their COVID-19 response”.

Last year, the International Monetary Fund (IMF) and UNCTAD estimated that developing countries need about US$2.5 trillion for relief to affected families and businesses, and to expedite economic recovery.

IMF managing director Kristalina Georgieva later acknowledged that developing countries need much more. The IMF’s April 2021 Fiscal Monitor estimates that only achieving access to basic services by 2030 in 121 developing countries would require US$3 trillion, up to half in LICs.

Most developing countries cannot do more due to financing constraints. As public spending needs shoot up, the pandemic has significantly cut their revenue. Recent IMF research found “larger output losses are experienced by countries with lower GDP per capita”, partly due to “lower fiscal stimulus”.

With limited tax and other revenue, developing countries will need to borrow more, increasing their already high public debt. As the IMF notes, “the international community [needs] to provide additional support through grants, concessional financing, and, in some cases, debt relief”.

Too little, too late?
The Bretton Woods institutions (BWIs) – the IMF and the World Bank – must mitigate the new setbacks, by enabling relief, recovery and reform. The Fund and also the bank have responded, sometimes innovatively, but far too slowly. Most importantly, actual support from both BWIs so far is far short of needs.

The Fund used its Catastrophe Containment and Relief Trust fund to provide relief for six months of IMF debt payments owed by 29 LICs. But last October, the IMF board rejected a new Pandemic Support Facility with easier conditions than usual.

Although the Fund has committed about US$250 billion, a quarter of its US$1 trillion lending capacity, it has only deployed a tenth of its capacity so far, according to former senior official, Ousmène Mandeng. He argues the Fund should instead offer much more support that countries need and want.

According to The Economist, since March 2020, the IMF has only disbursed US$32bn in emergency financing while offering US$74 billion via other facilities, both “with more strings attached”.

The 85 countries now receiving funds from the IMF account for only around 5 percent of global GDP. None of them could access the Fund’s new “short-term liquidity line” due to its stringent conditions.

BWIs must rise to the challenge

In April 2020, the Bank announced a new multi-donor trust fund, the Health Emergency Preparedness and Response Multi-Donor Fund. This is supposed to complement the US$160bn the World Bank Group had pledged to deploy by mid-2021.

Bank disbursements have been slow despite the urgency, with actual disbursements to needy countries totalling only US$79bn by June 2021, under half what was pledged. The Bank also dropped its Pandemic Emergency Financing Facility, criticised for being too small and too slow.

However, fast-disbursing budget support during the much deeper and more extensive pandemic crisis is actually less than during the GFC. The Bank is no longer offering more emergency budget support.

Just as the Fund lent more in 2009 during the global financial crisis (GFC) than since the pandemic began, new Bank loan disbursements rose less in the first half-year of the pandemic than during the GFC.

The Bank committed US$19.5 billion to finance the G-20’s grossly inadequate April-December 2020 Debt Service Suspension Initiative (DSSI). Meanwhile, it has refused any debt standstill for loans owed to it, arguing this would jeopardise its credit rating and consequent ability to borrow cheap.

BWIs must become part of solution

Blocked by the Trump administration, the likely issue of US$650bn IMF special drawing rights (SDRs) is still only half the SDR1tn (US$1.37tn) The Financial Times deemed necessary.

SDRs do not need to be repaid, and incur a very low interest rate (currently 0.05%), costing less than loans. They are often more attractive than grants, typically tied to conditions.

While the 75 LICs should get about US$62bn in SDRs, poor countries could benefit much more if rich countries transferred their unused SDRs to the BWIs. Besides providing debt relief, the Bank could then intermediate more long-term development finance at the lowest possible cost to borrowing countries.

As UNCTAD has also argued, the multilateral system needs to lend much more to developing countries at lower cost. In 2019, the average interest rate on multilateral debt to LICs was 1.7 percent, compared to 2.5 percent for bilateral loans.

Private creditor rates are much higher. With ‘preferred creditor’ status (i.e., getting repaid before others), the Bank can borrow – and lend – at the lowest rates. This is most easily done by expanding Bank lending and guarantees.

Bank for recovery and development?

Loans worth US$500bn, mostly for poorer countries, are likely to be announced this week at the IMF and World Bank Spring meetings. As the BWIs can offer much better terms, this will certainly help, but much more is urgently needed.

Borrowing at the International Bank for Reconstruction and Development’s current 1.75 percent rate on a 20-year loan, total debt service in 2021 and 2022 would fall from US$90 billion to US$65 billion, e.g., saving US$25bn for the G20-DSSI eligible LICs.

If all developing countries benefit, savings would be much higher, around US$285 billion. But to do so, both the Fund and the bank would need to expand their lending capacities with additional resources.

Currently, all too many developing countries are being forced to adjust by cutting social and environmental programmes. By lowering lending costs and other demands, the BWIs can become part of the solution, rather than the problem.

This article was originally published by IPS, April 6, 2021.

US Department of Defense to host initial 5G testing and experimentation