As children, we were taught that there were only two things in this world: good and bad. We face these choices in various forms throughout our lives; sometimes going through bad experiences in order to achieve a good result.

Parents will inflict corporal punishment (viewed in many countries as inhumane) on their children in an attempt to conform them to obedience and decent behaviour.

A bank will provide financial contributions to charities in need and sponsor sporting events, from the profits it earns from unethical predatory lending practices.

I remember when I was working at a particular financial institution, my manager would encourage us to divide the total amount owing on a one-year loan by 11, and then advertise this 11 month payment plan to the unsuspecting client as them getting 1 month payment free.

This very same institution provided sponsorship to minor league sporting events. Is it moral to commit immoral acts in order to achieve a moral result? The underlying question is:  “Do the ends justify the means?”

Essentially, it’s either good, or it is bad; black or white, right or wrong. These are the alternate choices to describe the polarized and prevalent nature of our beliefs and ideas.

Immorality is defined as the quality of not being in accordance with right or good standards of conduct. Traits commonly associated with immorality involve behaviours such as selfishness, ignorance, neglect, and (harm).

Harm is parenthesized because not every immoral action is perceived to have consequences that will cause eventual harm to someone. Many people argue that, if an act doesn’t harm others, then it cannot be immoral.

This is not a convincing premise to some religious sects who believe that homosexuality, although not harmful to anyone, is still deemed an immoral act.

While choosing the immoral path may seem a bad choice, it is important to understand that immorality is subjective and relative to one’s own perception.

Nowadays the definition of morality is made by the person according to their own perception of the individual, place or thing. This is called moral relativism. This basically refers to a particular individual’s perception of the correct ideals, principles and lifestyle. The moment the word ‘perception’ comes into the picture, one must understand that these opinions we maintain and discuss are completely our own, influenced by people, places and our own experiences.

What constitutes immorality, therefore, is also a set of behaviour that someone perceive is wrong and has manipulated the same ideals and values into the minds of others.

The problem with moral relativism is that mankind will never agree on what is moral or immoral, and many people will indulge in evil acts, and justify them as reasonable within their own twisted argument of logic.

In some poor countries’ parents of many families might sell their daughters into prostitution to make money. They welcome the long-and short-term benefits of it because it takes care of the family’s financial needs.

Another example of extreme relativism is where a young boy has his hands and feet amputated by his parents and he is placed in the streets to beg. The parents justify this horrendous act by reasoning that a disfigured boy presents a more pitiful and sympathetic image, and therefore makes a more profitable beggar.

You may be dishonest, corrupted, irresponsible, or have committed murder, but because you are wealthy and you share your wealth among others, you become a moral person of that society.

That is why drug dons are seen as leaders in their community with high moral values.

Ends justifying the means: If the end result is good, then what is the problem?

It is only when we identify, experience and eliminate evil that good is able to shine through.

Immorality, through its appeal and subsequent consequences that follow, keeps us in check.  While not everybody wants to be a good person, everyone should most definitely be kept in check,

Morality makes us a better person. The general perspective of a community is that the purpose of morality is to promote and encourage peace and tranquility within a society, which are generally more pleasant and appealing than conflict and chaos.

The function of morality is to reduce social tensions and enable a society to efficiently promote the well-being of its members.

Whether or not you believe immorality is necessary in society, strong moral values are important in life and should be achievable attributes to work towards. If a person was never taught about the virtues of moral values, then how can he or she decide between good and evil? 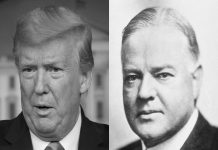 The View from Europe: Now is the moment for CARICOM to...