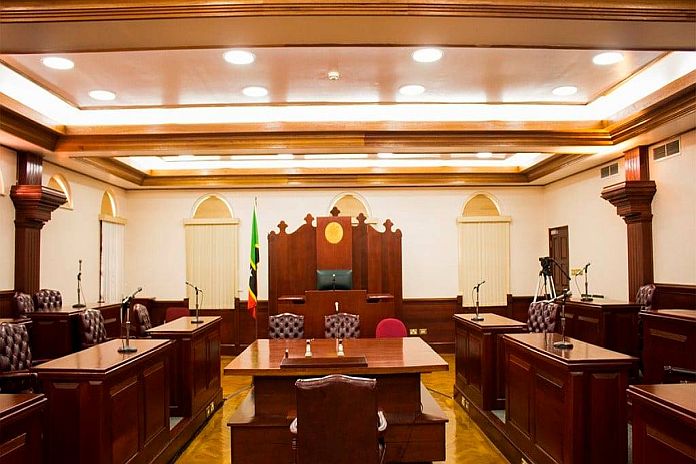 One of the characteristics of true democracy is the strength of the opposition serving in the legislative chambers. The opposition serves as the alternative to the government benches. It is the conscience of the country. The members serving on the opposition benches become the checks and balances to those who serve as the elected majority in the House of Assembly. Oppositions are expected to ask the questions that have been left unspoken when those on the government benches have been less than generous with the truth, hoarding the whole truth and covering up nothing but the truth.

Whenever a country finds itself with a poorly functioning opposition in its parliamentary system, the people are the poorer because as a result of their poor representation of the people, these parliamentarians would have given licence to the status quo to run roughshod over the people and state institutions. Where the opposition neglects to ask the necessary questions and stir up the much-needed conversations that enlighten and empower the people, it is as though the opposition benches are in cahoots with the government. In such a situation, the minority opinions in the country would have been denied true representation in the governance.

In May 2018, I was pleased as punch when Bishop Joseph Atherley opted to cross the floor and not be a member of a thirty-member government bench in the Barbados House of Assembly immediately following his Barbados Labour Party  (BLP) captured of all 30 seats in the general elections. Atherley, as a man of conscience, recognised that true democracy is not only bound up in the concept of majority rule but that democracy at its best will always be only as strong as the rights and privileges that are afforded to the minority among us. And so, since May 2018, a man who was voted to parliament on a BLP ticket has been the voice of the alternative voters of his country when his colleague candidates opted to sit on the government benches bound by singleness of purpose and the doctrine of collective responsibility.

For that reason, the Mia Mottley- led BLP administration has been better prepared to offer more rational policy plans and proposals. The BLP administration has not been able to govern as though it is the only player in town because, even from among its ranks, there arose an understanding that a strong, responsible alternative voice is always needed to promote and preserve sound democratic ideals.

While no party in Saint Kitts and Nevis has been successful in winning all of the eleven seats in the National Assembly, there seems to be an absence of active membership on the left side of the Speaker’s chair. I am not accusing any member of being to frequently absent from the House but at the same time, I am not certain that I can say that anyone on that side is present and accounted for on the job. While two elected members and one Senator presently occupy those benches, a fair assessment of these members of the House would reveal that they offer little more to the people and the House than a display of their fine linen and loquacity. By the provisions of the Constitution and their availability to attend, we can expect to see them front and centre at least once every 180 days over the life of the legislature. After that, they seem to go gentle into that good night.

It is beyond me, why the opposition in the National House of Assembly has not availed itself of air time on national radio and television or via social media to be a responsible alternative to the government. It appears that these members have not come to the recognition that the opposition is simply a form of government, only in exile. For that reason, I am not advocating that the opposition spends its time and effort challenging the government on everything and being boisterous and belligerent in tone and tenor.

I advocate that as a responsible opposition it articulates the suitable alternate policy actions that could be delivered to the people. I yearn to sit at the feet of an opposition bench that engages in public discussions on alternate avenues that can provide better public service to our citizens and residents. I would dare say that it is unwise for opposition members to hold alternate policy positions to their chests as cherished keepsakes when it is the people who end up starving for the oxygen of on-time action.

It is amazing that our opposition has failed or maybe refused to present private members’ legislation for passage in the House.  It appears that we have failed to recognise that opposition members can have draft Bills placed on the Order Paper and be presented before the House. Our opposition members go to the House as debaters for whom the topics are chosen and not as legislators who bring drafts of alternative legislations to the parliamentary table.

At present, the executive is making a mockery of the citizenship processes. Section 92 of the Constitution provides that by a Bill made by parliament those loopholes can be filled. If the government is not making our sovereignty a priority – an able opposition can engage in meaningful dialogue with the people and thereby drum up public support for an alternative legislative solution. Through this means, our opposition could have long ago shown the people that the government could have had neither legal nor moral authority to grant hundreds of fast order citizenships to folk who were married for conveniences and to be eligible to be voters in days.

I am lost for words when I consider that our laws mandate that the leader of Her Majesty’s Loyal Opposition is chair of the Public Accounts Parliamentary Committee. There have been three leaders of the opposition who have been appointed to lead that committee in the various terms of our National Assembly, going as far back as 2005. There has never been one report of the Committee and the Committee has not met in the last ten years at least.

One would recall that it was only a few days before the June 2017 convening of the Commonwealth Parliamentary Association meeting in Basseterre that prime minister Timothy Harris hurriedly established the Public Accounts Committee following the February 2015 elections and May 2015 opening of the National House of Assembly. The opposition then, publicly advocated that the committee was vital to good governance and that the government was stifling democracy by not establishing the Committee. Yet, in the three years following the establishment of the Committee and before the conduct of the June 5, 2020 elections, the leader of the opposition never once undertook his legal responsibility to convene the Public Accounts Committee he declared as vital.

The Saint Kitts and Nevis parliamentary opposition went on to spend more time jostling for more power it would have lost in the amendments made to the Public Accounts Committee Act in August 2017. Rather than taking the opportunity to hold the government accountable for its spending and rather than calling public officials before the Committee to account for the many curious and questionable spending of public funds, the opposition chose not to convene the established Committee [at any time].

Those were the years when the government engaged in strict cash payout Peace Programme that provided no tracing of who got paid, what amount and how the source of the funds for such a programme started as the Consolidated Fund passing through the Development Bank. To our collective embarrassment, an established Public Accounts Committee did nothing where it would have been able to ask public administrators in the ministry of finance to outline the efforts that were made to prevent or stop corrupt acts such as this from taking place in the name of the government and people of Saint Kitts and Nevis.

If I am not incorrect, the opposition continues to have an obligation to prove to the people that it possesses what it takes to govern the country and govern it well. Being a member of the opposition is an apprenticeship type undertaking that can be used to help the recruiting public be better acquainted with one’s capacity, one’s eye for detail and one’s faithfulness to duty and country. Even if the government side of the House did reduce the powers and privileges of the Public Accounts Committee, it is incumbent upon the opposition to display its willingness and ability to achieve much with the little that was given.

Sadly, the opposition has offered the county no position on the issue of government fiscal competence and credibility. But I am willing to wager my illegally withheld half salary that come December, each member of the opposition will have much to say on the proposed 2021 national budget after oppositions time and again have refused to convene the Public Accounts Committee and thereby make meaningful recommendations to the state on ways of bridging the performance gaps in the administration of government spending.

The role of the opposition as enlighteners-in-chief and conscience of the country cannot be performed only at the intermittent sittings of the Chamber. The interest of the people would not be secured in mere words but in-credible action that holds the government’s feet to the fire. In this time of COVID-19 and since the June 5 elections, the opposition has been silent on the rights of workers and the management of the Severance Fund. Everyone has heard the rumour that more than $12 million have been looted from the Fund under the administration of the labour department and the watchful eye of the accountant general’s chambers. The public sector management alternatives for the payment of laid-off workers need to be discussed with the people where the government is suspiciously silent.

A responsible opposition would be knocking on public officials’ doors and writing letters seeking clarification and advocating for a better, and more efficient delivery of public goods to the people.

To behave as though the elected opposition only has one role, that is to out-talk the government in the House then be out-voted, is to have no credible and worthwhile position to offer. Such opposition is at best an affront to democracy and at worst a partner in national treachery. Good governance becomes empty rhetoric when what we present in the name of the people offers no real improvements in public sector integrity, accountability, and transparency. An impotent opposition, by its unwillingness or inability to be that credible alternative, is nothing more than an accomplice to the pillaging that passes for governance.

I close by saying to all parliamentary oppositions – whether they are in Bridgetown, in Basseterre or beyond – your role demands greater commitment to the principles of democracy and good governance. Your role demands more earnest action over erudition and elocution. Your role is to bring relief to the society where it itches for sound alternative reasoning and social advancement.

Please, I implore you opposition parliamentarians, aim each day to relevantly arouse the people’s intellect before you aim to entertain, because at the end of the day you will only be judged as having displayed one of two characteristics – either you are an effective opposition or you exist and have no useful position.

Venezuela’s Hugo Chávez worked to flood US with Cocaine said US...