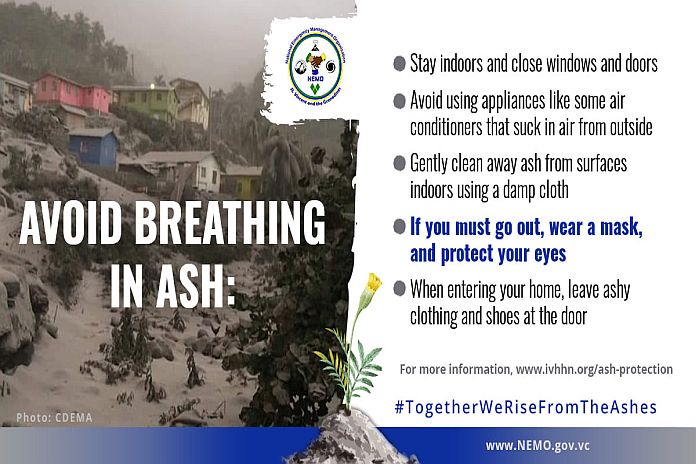 During a virtual press conference hosted on Wednesday, April 21, Rod Stewart, Volcano-Seismologist from the UWI-SRC/Montserrat Volcano Observatory (MVO) emphasized, “… although it is easy to identify the start of eruptions, conclusively saying when eruptions are over, often proves more difficult.”

The UWI-SRC and Vincentian authorities continue to monitor developments at the volcano, as they have been since the onset of heightened activity in December 2020, which entered an explosive phase on April 9, 2021. The advice provided by the UWI–SRC enabled the successful evacuation of 13,000 residents from the designated ‘RED ZONE’ 24 hours prior to the first explosion of the volcano. Thirty-two discrete explosions have been observed since the onset of explosive activity.

To date, there has been no loss of life. Ash from these explosions has been the primary hazard. Buildings and infrastructure have suffered damage in Saint Vincent and nearby Barbados was also severely impacted for several days. Explosive events have become less frequent over time, with the period between explosions increasing as the eruption progresses.

Professor Richard Robertson, UWI-SRC, Scientific Team Lead estimates that the explosivity seen during this current eruption is greater than in 1979, and more comparable to the 1902 eruption.

The UWI-SRC Field Scientists based at the Belmont Observatory in Saint Vincent are part of larger team of seismic and engineering technicians, ground deformation specialists and communication experts based at the MVO and in St Augustine, Trinidad and Tobago. Several international agencies and academic colleagues have also made valuable contributions to the current understanding of the eruption. The UWI-SRC remains ready to serve the region despite a perennial challenge to secure resources.

Dr Erouscilla Joseph, director of the UWI-SRC, invited donor agencies willing to partner with the UWI-SRC to “come on board.”  She noted, “reducing the regions vulnerability to natural hazards will require many hands. Our University of the West Indies continues to demonstrate the value of regional integration and its capacity to supply leaders to meet any circumstance.”

The UWI-SRC reaffirms its commitment to Saint Vincent and the Grenadines, which will no doubt require substantial support to recover from this act of nature.