I believe having a chronic disease is one of the most challenging issues an individual will ever encounter in their life.  March is National Kidney Month and so in honour of this, I will write an article on kidney failure based on my personal experience.

Kidney failure takes place when one or both of your kidneys stop working and therefore the kidneys cannot remove the waste from your body as they were designed to do.

The two main causes of chronic kidney failure are high blood pressure and diabetes. If you take care of yourself properly by eating the right kinds of food and exercising, you may prevent yourself from facing kidney failure.

My personal story on kidney failure

When my wife and I returned from Canada in 1998, we were about to build our first home and the bank required life insurance and so I got a medical checkup. After the checkup, the doctor advised me that there is too much protein in my urine and he cannot give me a clean state of health; and so I went to The Bahamas to do a biopsy and the doctor there advised me that I had IGA nephropathy. He said it can disappear or continue and so I returned home and was taking medications. Every year until 2016, I would get a medical check-up and the doctor would advise me that my GFR was at 40 and I will be okay. Now I didn’t do any research about this and I continued to live my life with the medications, no change in diets and no exercise as I didn’t know.

Then in 2016 when I did the annual medical examination, the doctor called me and told me that my kidney is functioning at 19 percent and will have to refer me to the nephrologist at the Hospital. This is when I realized that the condition I had was serious and then I started to investigate. Had I known what I know now, I would have changed my lifestyle in terms of my diet and maybe I would have not been on dialysis.

The function of the kidneys continued to drop suddenly and it was down to 4 percent. I began to panic and worried about dying and leaving my family behind. It was in November 2016, the doctor sent me to the Bahamas to get a fistular installed in my left arm so that I can start dialysis treatment which I did on December 26th 2016. It was a life-changing experience for me because I go to the hospital three times a week for dialysis from 5:30 am for four hours. During dialysis, the nurse inserts two needles in your fistula to connect to the machine via tubes. One needle removes the blood and sends it to the machine to get cleaned and the other needle allows the blood to return to my body.

For me, getting stuck with the two needles, three times a week is the most difficult part of dialysis because I don’t like getting stuck with needles. Because I am on dialysis and I don’t have any insurance, my travelling outside of Turks and Caicos is very limited and anyone that knows me know – I love to travel. I take several medications a day, roughly about five pills a day. I also have to be very careful what I eat and so I don’t eat red meat.

I was recommended not to eat bananas which are my favourite fruits and so my diet is restricted. I also have to be careful how much liquid I intake because the more liquid and food you consume, the more the nurses will take off you. For example, my body weight is 68.5kg and if I go to the dialysis weighing 70.5, they have to take off 2 kgs plus an extra .5 because we eat while we are there. If too much is removed from you, you can develop cramps and also be very tired and therefore we have to manage our intake. There is one positive thing about being on dialysis is that I am not distracted and I get a lot of work done while being there for four hours.

The past five years have been an experience. I was embarrassed about being on dialysis. I asked God many times why he allowed this to happen to me. There were many times I became depressed about this situation and had so many negative thoughts. However, I am much better now and I am thankful that God has given men the wisdom to deal with kidney failure patients.

Do not take your life for granted. Get a medical check-up at least twice a year. You may have kidney failure and don’t even know you have it. Research any disease the doctor diagnosed you with and always get a second opinion from a specialist. I believe that one of the mistakes I made is that, I didn’t get a second opinion and I didn’t realize it was a big deal until it was too late.  Be very careful what you eat because your diet can cause you to endure and suffer from a chronic disease.

Finally, be sensitive to people’s feelings. Don’t tell people you would not wish that on your worst enemy and don’t tell people you hope they are not next in the coffin. Say something encouraging to individuals with a disease. Do you know that people have been on dialysis for more than 20 years right here in the Turks and Caicos? Not because you are on dialysis, mean you will die soon. Some people who were on dialysis died due to other diseases.

I hope this article educated you about kidney failure and encouraged you to take care of yourself so that you do not have to face chronic kidney failure or any other disease. 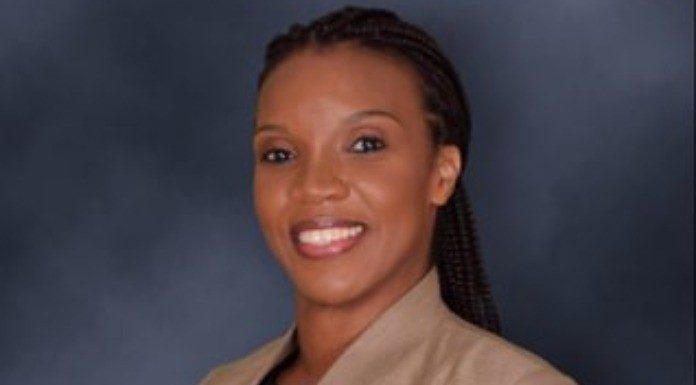 Out Now: Special edition cover of ‘We Are Family’ in support of WHO Foundation