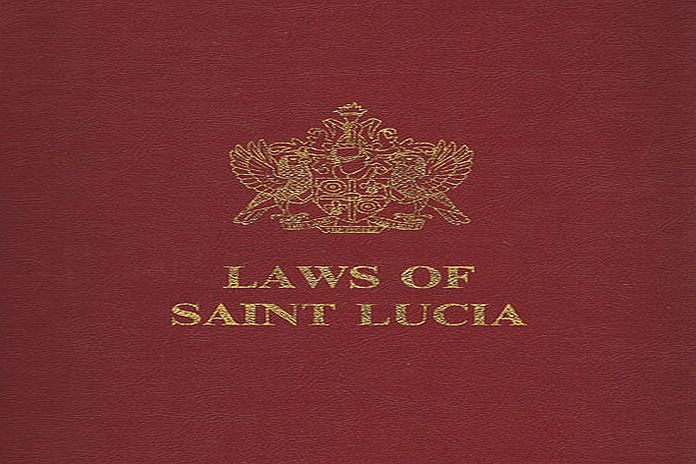 Prime minister Allan Chastanet promised it but did absolutely nothing about it, instead he prostituted the constitution.

First, he took advantage of a seeming loophole regarding the appointment of a deputy speaker, provided by the phrase “as soon as possible”.

He was advised that the constitution made it clear that the first sitting of parliament could not continue without a deputy speaker, so he feigned compliance by appointing Sarah Flood Beaubrun to the position only to turn around and rescinded the appointment and promoted her to a full ministerial portfolio, thus making her ineligible for the position. As soon as possible became five years and counting.

Secondly, he has taken refuge in that very constitution to frustrate the people’s burning desire to exercise their franchise after suffering through five long years of his tone-deaf, purblind, corrupt, and reckless administration.

Elections provide an outlet for people to vent their frustrations with any government because governments are not perfect, and they have the tendency to piss-off sections of the population, wittingly or unwittingly for various reasons.

Depending on the people’s perception of the government’s position on the degeneracy continuum that desire for an accounting and a reset intensifies and election urgency increases.

While five years may not be sufficient to fashion and implement a meaningful, sustainable, and effective development plan for a country, it is sufficient to telegraph your intention and commitment to that goal. Thus, the election would serve as a litmus test of acceptance or approval of the government’s attempt to do so.

If we understand the concept of continuity of government, the excuse for lengthening a term to the last day as the constitution provides is bunk. The contract between people and government never suggested that we will give you more time to complete your projects. The people, who are your bosses, should not take kindly to you usurping their power to decide whether you get more time and that is a fresh mandate.

We have repeatedly heard the saying that not because it is legal it is moral, right, or ethical, and so we can extend that understanding as it relates to government, not because it is not unconstitutional that it is necessary or fair.

I have said it before, and it bears repeating, that governments or prime ministers are not so inclined to relinquish powers bestowed upon them by the constitution, least of which is the power to determine when to call an election.

But I posit, that this provision should be revisited with dispatch and the constitution should be amended to stipulate that parliament should be dissolved on the anniversary of the first sitting of the incumbent government; and an election scheduled on the first Monday following 30 days thereafter. However, we can retain the provision for a government to call an election sooner if the situation dictates.

This will ensure a lessening of the political civil war that ensues in the period leading to an election and the quick return to a sense of normalcy as we know it now.

Finally, if as some believe, that the constitution is not deficient, but it is the people we elect that are hell-bent on desecrating it for self-serving ends, then let us stop the pretense on constitution reform.

In the last deal with the deputy speaker and the date for elections; the missed opportunity for real constitution reform was the genie that will never return to the bottle.

Bousquet’s Bulletin: Another new day dawns in COVID times for the...