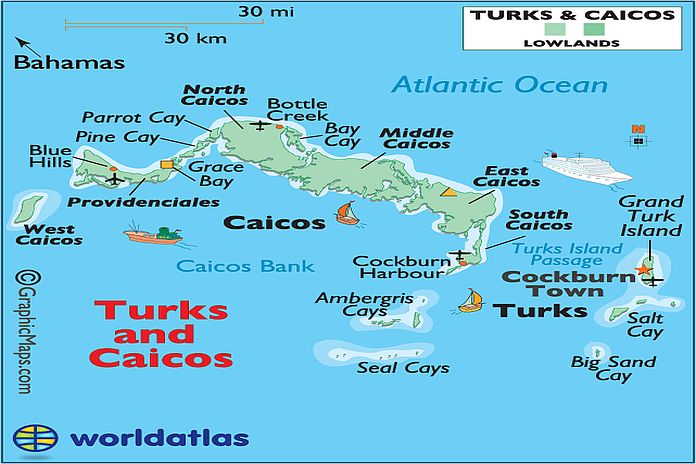 PROVIDENCIALES, TCI – New York Governor Andrew Cuomo ostensibly blacklisted Turks and Caicos Islands (TCI) on Monday, omitting to put the country on a list of countries that do not require quarantine when re-entering the state directly from those countries.  With an estimated 80 percent of visitors to TCI during the winter coming from New York, this puts the Turks and Caicos tourism industry in jeopardy since most persons will opt out of the trip it is believed.

One hotelier who was slated to open in November said bookings have now dried up for the winter season saying cancellations are mostly the reason the phone lines are still functioning.

The executive order was signed by Governor Cuomo on Monday, September 28.

The Democrat signed the executive order mandating the rules since the Centers for Disease Control and Prevention has continued to roll back screening measures at airports accepting international flights.

“The Centers for Disease Control and Prevention (CDC) decision to end enhanced screening at airports, coupled with alarming case increases in countries around the world, presents an increased threat to New York’s progress in the war against COVID-19,” Governor Cuomo said. “Today’s Executive Order will require the Department of Health to alert all travelers from any Level 2 or Level 3 country of mandatory quarantine requirements, as well as require international travelers to complete the DOH Traveler Health Form to aid in the state’s robust contact tracing efforts and further prevent the spread of COVID-19.”

There are currently 31 countries that are not subjected to the governor’s executive order.

The executive order builds on the travel advisory that is already in place for states with a significant number of coronavirus cases. That list currently includes 29 states and U.S. territories.

The advisory requires individuals who have traveled to New York from areas with significant community spread to quarantine for 14 days. The quarantine applies to any person arriving from an area with a positive test rate higher than 10 per 100,000 residents over a 7-day rolling average or an area with a 10 percent or higher positivity rate over a 7-day rolling average.