GEORGETOWN, Guyana – The Organisation of American States (OAS) issued a statement Friday stating that ‘a credible conclusion of the 2020 elections is essential if Guyana is to remain a democracy’ and that ‘the OAS will continue to support the efforts of the people of Guyana towards this end.’

The OAS cited its press statement June 23, 2020, that encouraged the Guyana Elections Commission (GECOM) to move forward in concluding Guyana’s electoral process, based on the results of the national recount, and in accordance with the will of the majority of the electorate.

CARICOM – ABCEU and OAS on elections developments in Guyana

The OAS argues that “the decision of the Caribbean Court of Justice on July 8, 2020, confirmed that GECOM has the final authority to declare these elections and that the chief elections officer is required to comply with the Commission’s directives in this regard.  The OAS notes and commends the instructions of the GECOM chair, Justice Claudette Singh (ret’d), issued on July 9 and reiterated on July 10, that the chief elections officer should prepare and submit his report using the results generated by the national recount.”

Regrettably, developments over the last two days suggest that efforts continue to avoid compliance with these obligations and to further prolong the term of the current government.

On Thursday, GECOM’s Chair Justice (Ret’d) Claudette Singh requested via letter, that Chief Elections Officer (CEO) Keith Lowenfield submit his final report to the commission using the valid votes generated on the Certificates of Recount of the National vote Recount; pursuant to Article 177 (2) (b) of the Constitution and Section 96 of the RPA.

Chief elections officer Lowenfield has been given until 11: 00 am Saturday to submit his report. 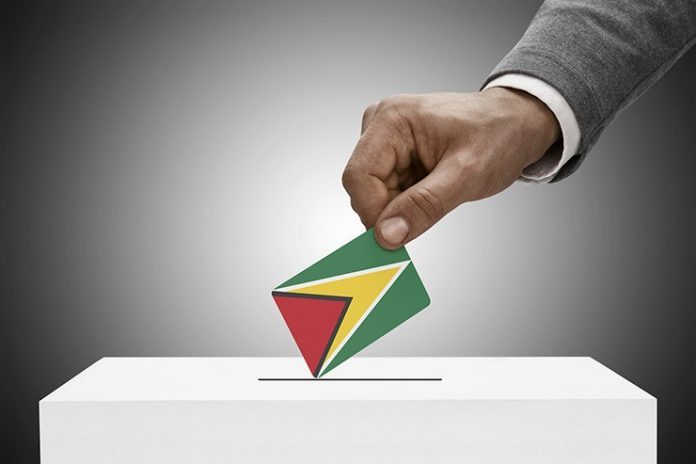 “The OAS notes that one of the principal obstacles to completing Guyana’s current electoral process is a person whose duty it is to defend Guyana’s democracy through ensuring respect for the results of elections.

“As already suggested in our April 15 press statement on the national recount, GECOM should exclude from the current electoral process, and indeed from all future electoral processes, those persons whose actions display clear partisan bias, and who apply this bias unreservedly in hindering the natural unfolding of the democratic process in Guyana.”

St Kitts – Nevis opposition call for international observers ahead of...