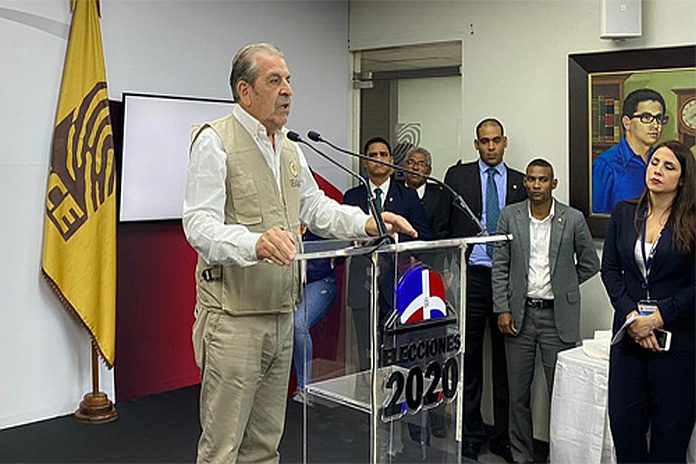 SANTO DOMINGO, Dominican Republic – The general-secretariat of the Organization of American States (OAS) received on Thursday, February 20, a delegation from the government of the Dominican Republic to evaluate the best course of action regarding the suspension of municipal elections last Sunday. The general-secretariat expressed its firm will, to collaborate in the search for solutions to the problems that took place.

Likewise, the general-secretariat received a communication from the president of the Central Electoral Board of the Dominican Republic, Julio Cesar Castaños, who delivered the decision of the plenary of said institution to request that the OAS set up a group of experts to carry out an audit of the automated voting system that unfortunately did not work in the municipal elections of February 16. Faced with insurmountable technical problems and by glaringly insufficient planning, the competent authority was forced to suspend the elections for the first time in the history of Dominican democracy.

The general-secretariat also welcomes the official communication in which the Government of the Dominican Republic has ratified its commitment to ensure conditions of equity and social peace so that fair, clean and transparent elections can be held on March 15.

From the perspective of the OAS Electoral Observation Mission and based on the preliminary information provided by the chief of the same, the former president of Chile Eduardo Frei Ruiz-Tagle, to date there is no evidence to indicate a willful misuse of the electronic instruments designed for automated voting.

In relation to what happened, the general-secretariat accepts the request of the Central Electoral Board, which coincides with similar requests from the national government and different candidates and parties to carry out an audit of the automated voting process. This audit will be complete and binding in its results and will be carried out with the same standards of technical quality and professional rigor as the process that was recently carried out in Bolivia, to determine responsibilities. The technical workgroup that will be responsible for this delicate work will be independent of the Electoral Observation Mission, which will continue to work autonomously.

In this regard, we appeal to all political actors in the country to accompany the work of the Central Electoral Board, an autonomous constitutional power, so that on March 15, with a paper voting process, the democratic stability of the country will be ratified, consolidating the electoral process as the central base of said stability.