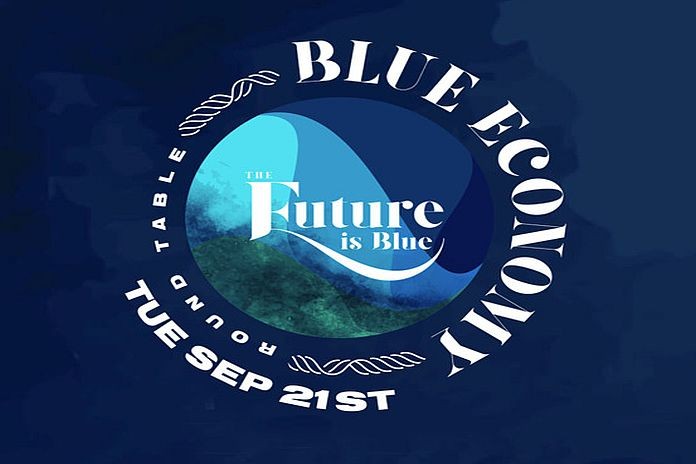 CASTRIES, St Lucia –  The Caribbean Sea covers a total area of 2.75 million square kilometres, and it supports the economies of 34 coastal and small island countries and territories, which include the OECS Member States. Recognising the immense potential for economic development in this extensive marine space, in 2013, the OECS adopted the Eastern Caribbean Regional Ocean Policy (ECROP), which promotes effective ocean governance and pursues a blue economy.

A ‘Blue Economy’ approach is an emerging concept which, like the ‘Green Economy’, aims to improve human well-being and social equity, while significantly reducing environmental risks. The Blue Economy concept focuses on the use of ocean resources for economic growth, improving livelihoods, and of paramount importance, maintaining ocean ecosystem health to ensure continued benefits. In essence, the Blue Economy goes beyond viewing the ocean economy solely as a mechanism for economic growth by encouraging better stewardship and conservation of our oceans.

As part of the OECS Sustainable Development Movement (SDM), the OECS Environmental Sustainability Division is gearing up to host its second Blue Economy Roundtable with Member States and partners on September 21, 2021. The event will be attended by several regional and international development partners to continue discussions towards deepening and expanding cooperation and collaboration on blue economy matters.

The first Blue Economy Roundtable was held on September 20, 2020, and featured Honourable Camillo Gonsalves – minister of finance, economic planning, sustainable development and information technology of Saint Vincent and the Grenadines. During his address, the minister impressed upon his audience a profound thought, which has resonated with regional leaders:

“The Sea that surrounds us and connects us, has the potential to catapult us to an entirely new development trajectory. OECS territories are roughly 90 to 99 percent ocean. We may be small island developing states, but we are also large ocean developing states. We are a lot bigger than we think we are. To ignore our vast seascape and its tremendous potential, is developmental malpractice. We must cast our eyes outward and recognise that the beach or the coastline, is not the edge of our world but the beginning of the immense untapped resource that can sustainably fuel our growth and development.”

The OECS is grateful for current partnerships and projects that seek to develop the Blue Economy, such as the Caribbean Regional Oceanscape Project (CROP). Currently, with funding from the Global Environmental Facility, the OECS and World Bank are implementing the CROP, through which, Coastal Marine Spatial Plans (CMSP) have been developed and validated for five OECS Member States.

The Blue Economy Roundtable will continue the conversation in charting the way forward to develop a more robust, economically viable and sustainable blue economy, for the benefit of OECS citizens.

DAVID19 technology to unite millions of heroes against COVID-19 anonymously