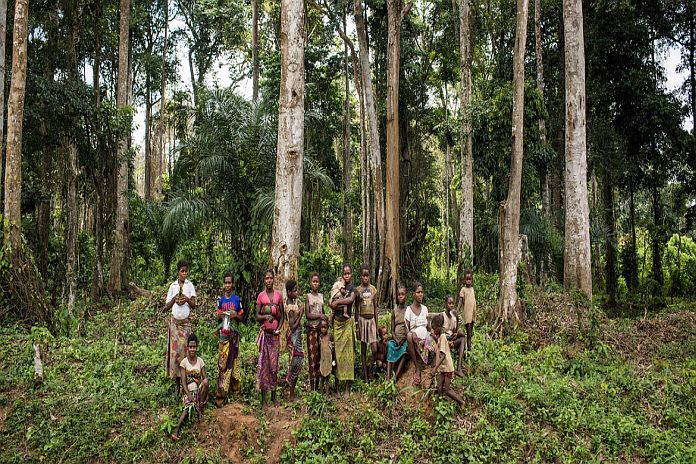 NEW YORK, USA – Indigenous people living on the frontline of climate change could offer potentially ground-breaking insight into biodiversity protection and sustainability, but they urgently need help to withstand a growing number of threats to their way of life, the Food and Agricultural Organization (FAO) said on Friday.

From the Arctic to the Amazon, the Himalayas to the Sahel, the 11 indigenous communities featured in a new FAO study are revealed as “self-reliant and resilient, living sustainably and in harmony with their ecosystems, even when inhabiting harsh environments”.

“They generate hundreds of food items from the environment without depleting natural resources and achieve high levels of self-sufficiency”, said the UN agency, which explored ancestral knowledge in the Solomon Islands among the Melanesians who combine agroforestry, wild food gathering and fishing to generate 70 percent of their dietary needs.

In Finland’s Arctic region, FAO also noted that the Inari Sámi people generate 75 percent of the protein they need, through fishing, hunting and herding.

After an analysis of the growing threats confronting the communities and their sustainable ways of life, the authors of the report maintained that indigenous peoples worldwide play a vital role in countering global threats such as the destruction of nature, climate change, biodiversity loss and the risk of future pandemics.

But their traditional ways of life – “one of the most sustainable, self-sufficient and resilient on the planet” – are at high risk from climate change and the expansion of various industrial and commercial activities, FAO warned.

There are some 478 million indigenous peoples in the world, according to FAO, whose research also explored reindeer herding by the Inari Sámi people in Nellim, Finland, the forest-based food system of the Baka indigenous people in South-eastern Cameroon and the Milpa food system of the Maya Ch’orti’ people – also known as “the maize people” – in Chiquimula, Guatemala.

“Despite surviving for centuries, Indigenous Peoples’ agri-food systems are likely to disappear in the next years due to a number of drivers threatening their future,” said Juan Lucas Restrepo, director-general of FAO partner, the Alliance of Bioversity-International and CIAT.

FAO’s report also offers insight into the Khasi, Bhotia and Anwal peoples of India, the Kel Tamasheq people in Mali, Colombia’s Tikuna, Cocama and Yagua peoples and the Maya Ch’orti’ in Guatemala.

Their traditions combine different sustainable food generation techniques such as hunting, gathering, fishing, pastoralism and shifting cultivation, along with adaptive practices including nomadism, which are vital to linking food generation to seasonal cycles in a resilient way.

“Being adaptive is the main resilient element of these food systems,” said Anne Nuorgam, chair of the UN Permanent Forum on Indigenous Issues. “Indigenous peoples adapt their food generation and consumption to the seasonality and natural cycles observed in their surrounding ecosystems, not in the opposite way as most other societies do.”

Nuorgam underscored how the “deep observation of the environment” that had been accumulated generation after generation were key to guaranteeing biodiversity, along with a clear understanding of the elements in different ecosystems.

Members of an indigenous community, living in the forests in one of the most remote regions of Republic of the Congo. [UNICEF/Vincent Tremeau]