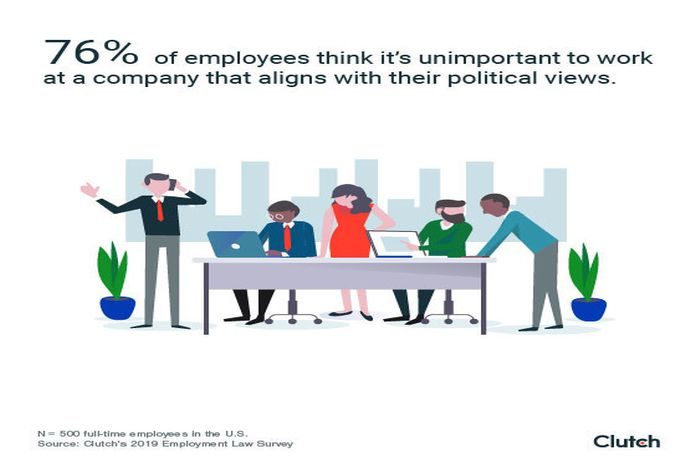 WASHINGTON, USA — Only 24 percent of employees think it’s important to work at a company that aligns with their political views, according to a new report from Clutch, the leading B2B ratings and reviews firm.

In fact, 60 percent of employees either don’t know or can’t tell if their political views align with their coworkers.

Many employees don’t like it when company leaders take political stances. Take, for example, the employee backlash against SoulCycle and Equinox investor Steven Ross due to his plans to host a campaign event for president Donald Trump.

Nearly 40 percent of employees disagree that company leadership should take stances on political issues related to their industry.

For many employees, their place of work is tied to their identity. When leaders express political opinions, those views are often imposed on employees.

“People judge people based off where they work,” said Laura Friedman, director of communications at Workforce Opportunity Services. “I don’t think people want to be attached to the views of the company’s leaders.”

Political discussion doesn’t impact productivity, nor does it create a healthy work environment

More than half of employees (55 percent) disagree that political conversations decrease productivity at their company.

Nearly half (48 percent) disagree that differing political viewpoints at work create a healthy exchange of ideas, compared to fewer than one-third (32 percent) who agree.

Some employees feel isolated when political discussion occurs, but few report it

In reality, political discussion is bound to occur at work. When it does, experts warn that a cultural standard can develop at the office.

When a singular mindset develops at work, it may isolate employees who don’t share the dominant group’s viewpoints.

Very few employees, however, report feeling discomfort or isolation at work because of politics:

Nine percent agree that they’ve felt uncomfortable in the past week as a result of political expression at work.

Eight percent agree that they’ve felt singled out or discriminated against because of their political views at work in the past year. 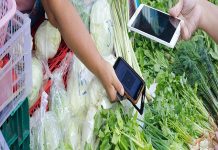 Making the digital money revolution work for all