“The government must clarify the following issues” Dr Anthony stated:

“I have noted the ongoing debate about whether the proposed new building will be a glorified polyclinic or a full-fledged hospital. I want to make it absolutely clear that my constituents will not accept any glorified polyclinic as a replacement for St Jude Hospital. Given the existing state of our health infrastructure, St Jude hospital now becomes even more important in the scheme of things.

“It is well known that the Owen King European Union (OKEU) hospital has fewer beds than the existing Victoria hospital. In light of this, it becomes critical that St Jude hospital has enough beds to provide medical care not only to the people of the south but to Saint Lucians as a whole, especially those who may not be able to access the OKEU hospital.

“This also means that the government must clearly state what it plans to do with the existing buildings, which for its own opportunistic reasons, it criticized and threatened to demolish,” Dr Anthony said. 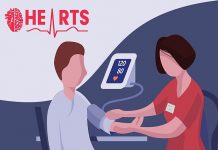 $2.54 billion needed to tackle unprecedented health needs in 2023, says WHO