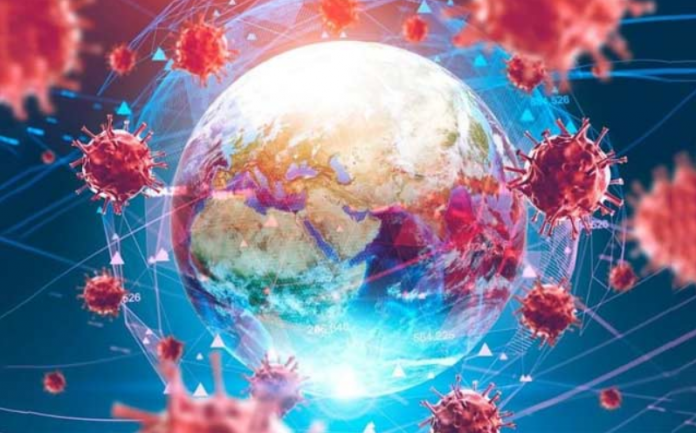 The pandemic of COVID-19 has not stopped; its dramatic advance through the world has not slowed, and, contrary to even the most elementary common sense, we have seen neither a global common front nor an internal common cause within each country.  Politicalization and short term interests loom larger than the root causes, health as a human right, economic rescue efforts, and the recovery of the balance of nature of the planet.

The so-called plague of the 21st Century has already spread to all five continents; it has affected the industrialized countries, the emerging economies, and the nations left behind economically.  It has already left its terrible marks on countries located north of the 22nd latitude and south of it, in cold, temperate, and tropical climates; it has passed from the east to the center and then to the west.  In the numerology of terror, the official tally of infected individuals has almost reached five million cases and the number of deaths is more than 320,000.

The only thing untouched by the pandemic is the universal conscience – a clear and shared size-up of the seriousness of this phenomenon and the imperative necessity of presenting a common front, both nationally and internationally.  The arm-wrestling to see who will come off the best in the political and commercial calculations is the only constant both on this continent and overseas.

One need only to do a superficial review of the world in order to confirm that factional and selfish attitudes continue to prevail over those with collective responsibility, both civic and human.  In Great Britain, second in the world in deaths and third in infected patients, prime minister Boris Johnson over-confidently hastens the re-opening of economic activity and relaxes the stay-at-home regulations, at a pace that, in his arrogance, he uses as an attack against his political opposition.

In Spain, instead of supporting the daring efforts of Social-Democratic President Pedro Sánchez to take down the illness and return to normality with the least possible risk, ex-president José María Aznar and the ultra-right wing of their government, with a view not toward the praise-worthy goal of saving lives or healing the economy, but rather with a plain and crude eagerness to regain power.

In Italy, competing with Great Britain and with Russia for greatest number of those infected, in just the same way, the insignia noted is not the coordination of efforts for health and revival of the economy, but rather the exchange of political blows between the forces in power and their political adversaries, with internal struggles within each camp.

In Russia, after a slow start, they went on to have exponential growth of the pandemic and now that country finds itself second in the world for number of infected persons, with more than 270,000, contending with the under-estimate of the size of the problem originally made by president Vladimir Putin.  In Germany, now experiencing a substantial, though not total, reduction of the pace of spread of the contagion, the government of Chancellor Angela Merkel is experiencing pressure from economic and political sectors for a more rapid and generalized opening up of economic activities.

Here on this continent, the government of President Trump has not taken the preventive measures the international experts advised, losing crucial weeks which could have modified the spiral of spread of infection. Today, with the pandemic out of control, leading the world in number of infections and deaths, he attempts to spread the blame among other political figures and other nations, always with his gaze fixed on the next presidential election.

In Brazil, the ultra-right government of Jair Bolsonaro insists on going against all suggested recommendations of the World Health Organization ( WHO), applied universally.  In his exuberance, along with the removal of his Secretary of Health who was in favor of shelter-in-place health precautions, he has also engaged in open confrontation with the governments of the states and principal cities, which have favored public heath precautions.

In the other Latin American countries, we also fail to see a strategy that prioritizes the goals of health, the economy, and the environment, given that we do not see an attitude of unity around the fundamental issues, especially in adverse circumstances, as was suggested in Mexico in the 19th Century by that liberal José María Mora, referring to the interminable internal struggles while faced with invasion by the United States.  In the whole world, and Mexico is no exception, it seems unclear whether what certain economic and political sectors are trying to achieve is to prepare a common strategy, a broad front for health and the revival of the means of production, or to undermine the governmental efforts to confront the public health challenges and their implications in other spheres of public policy.

To sum up, the excessive spread of the COVID-19 pandemic is a call to all governments and all political figures, both national and international, to cease politicizing this issue and fighting for bits of power, in order to create a great monolithic force of unified struggle in favor of health, economic recovery, and – something that short-term minds often forget – the viability of our common dwelling-place, which is this planet.

WHO declares COVID-19 a pandemic