With the many happenings on Saint Lucia with COVID-19 lockdown, selective campaigning by the government, borrowing, and crazy groundbreakings for new projects, very few prominent Saint Lucians’ have the modicum of guts, principle, and authenticity to stand up, be counted, and defend otherwise. Nevertheless, I salute the few who stand-out, no matter the odds.

Last Thursday, June 4, 2020, listening to the most popular television and talk show “CAN I HELP YOU” with host Richard Frederick, he messaged the Saint Lucia Labour Party (SLP), other listeners, and viewers.

Frederick took direct aim at benefactors of the SLP and their hangers, who are only relevant when the labour party is in government. They jockey for positions, get the plum assignments, with nothing on the landscape to show for their national service.

Current and habitually, most former ministers, ex-diplomats, lawyers, contractors, and armchair operators (awaiting a gig should the SLP win the elections) are quiet — while a few local and external soldiers take the fight to the Chastanet-led ‘bandits’.

Most are not even prepared to attend meetings. Never-mind COVID-19, with time on their hands, are aimlessly scratching around. Previous financial benefactors are hesitant to provide financial support, notwithstanding substantial contracts awarded to them by the previous SLP government.

Others to impatient to wait their turn are secretly attempting to undermine the leadership of Philip J Pierre. Instead of helping, cohorts are busy pushing unproductive agendas, smiling hypocritically. Really? But more calamity struck, game plans are well-known. Timing is everything.

The upcoming election is a game-changer in the history of Saint Lucia. There are substantial and difficult tasks ahead, notwithstanding scientific, and non-scientific polls that are influencing decisions; in the realm of politics, its polling day and the counting of ballots that matters most — reference Guyana, St Kitts and Nevis. The sad reality remains — as bad as the social and economic situation is in Saint Lucia, the Chastanet-led government can still win the upcoming general elections.

I am mindful of psychological and mind-binding and that 43 percent of the population are illiterate, as referenced by the prime minister and the statement that “… economics has no conscience … colonialism had a conscience …”

Is this not a targeted message to “leeches and so-called investors”? 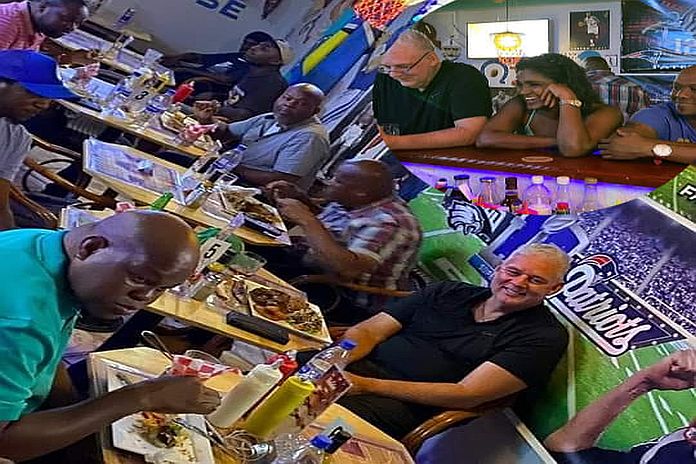 But here’s the kicker: Those speculative plays need to be strategic. Everything in Saint Lucia is political. It’s a political economy — Stupid!

And even if one is completely disconnected from reality, the hard lesson is those so-called investors — attracted to Saint Lucia by the Chastanet-led government are “leeches and suckers” at both ends, that habitually exploit and rely on the kindness of others. The aristocrats and colonial authority know that; and in general, they are not used to backchat or defiance.

However, loafers, armchair political operatives, and prior benefactors living well, that are currently playing both ends and eager to be rewarded should the SLP win the general election, at the expense of foot soldiers — should think again. Enough is Enough.

St Lucia’s acting police commissioner should be fired and the RSLPF...